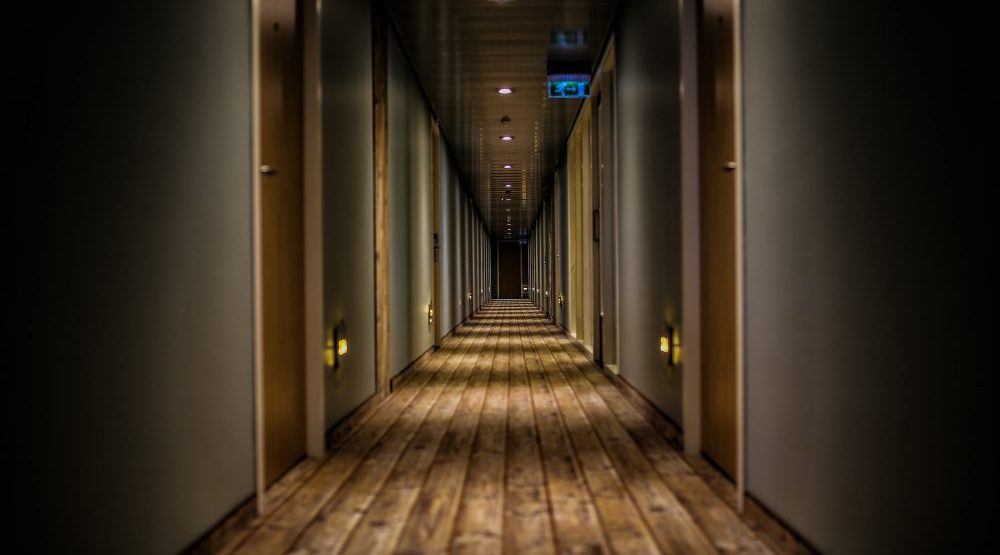 Beyond Hospitality: Hotel Liability for Trafficking

Human Trafficking is commonly described as a crime that is hidden in plain sight. Often, victims will be in public—perhaps waiting for someone to help them—yet feel invisible. This may have been how 12-year-old Savannah felt when her trafficker was selling her for sex out of a hotel room in Florida.

Savannah’s trafficker often asked the hotel staff for favors, like letting the customers into the room where he held Savannah. One night, a hotel employee relayed a message to Savannah from her trafficker telling her to walk home. At 12 years old, Savannah began walking home “barefoot, bloody, beaten and alone,” yet no one at the hotel helped her.2 This horrific example is one of many incidents of hotels turning a blind eye to exploitation occurring on their premises.

Hotels Have a Responsibility to Fight Human Trafficking

Human traffickers do not work alone—they rely on many other industries to facilitate their criminal activity, including the hospitality industry. Hotels and motels are one of the most commonly-reported venues for sex trafficking, according to the National Human Trafficking Hotline.3 While traffickers may advertise victims for commercial sex online, hotels and motels are where commercial sex actually happens. Traffickers take advantage of the privacy and anonymity that hotels offer by checking in and out of hotels to accommodate customers and exploit their victims. Commonly, victims do not all fit stereotypes seen in the media, so hotel employees may not be able to identify victims without proper training. 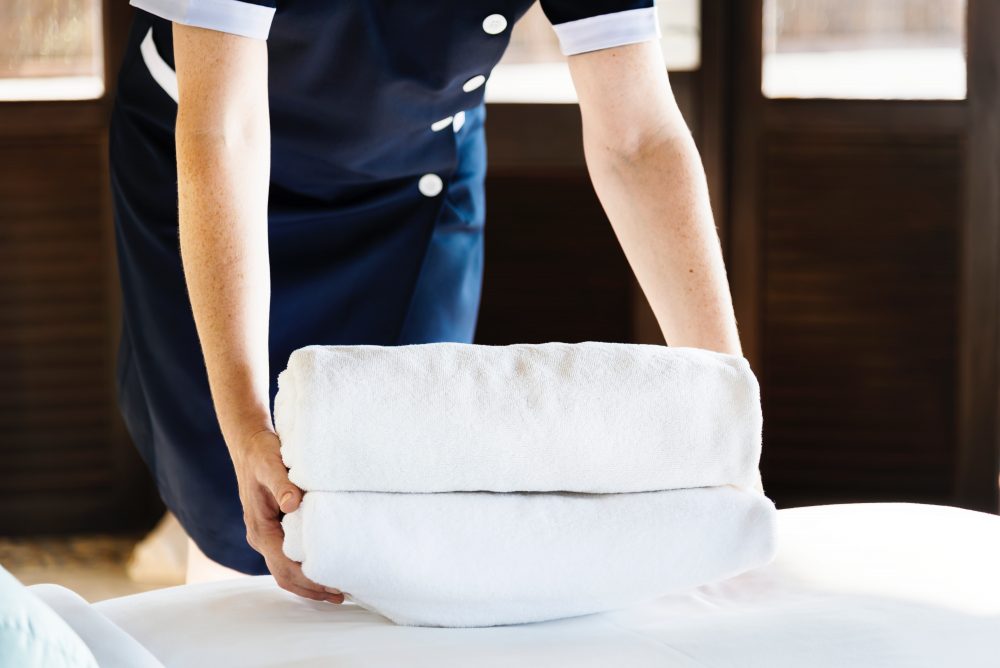 Hotel employees are in a unique position to fight human trafficking if they are properly trained to identify and recognize the signs. There are many indicators of sex trafficking for which all hotel employees, from the front desk staff to the housekeepers, can be trained to spot. Some of these indicators include:

While some hotel chains have instituted trainings to identify human trafficking in their hotels, the hospitality industry as a whole is not doing enough to combat trafficking. For example, Marriott International implemented mandatory training for all of its hotel employees in January 2018. The company developed training that is tailored to the specific roles held by the employees and has made the training program widely available by partnering with the American Hotel and Lodging Association.5 All hotels and motels in the United States should follow suit and institute mandatory training so their employees can identify and report signs of trafficking. Training should be provided annually to communicate both educational updates and protocols if an employee does suspect the occurrence of human trafficking. Furthermore, hotel companies should ensure that the National Human Trafficking Hotline is accessible to hotel employees and guests.

Under the Trafficking Victims Protection Act (TVPA), 6 hotels can be held civilly and criminally liable for allowing sex trafficking to occur on their property. The law allows the federal government or a survivor to bring a case against the trafficker, but also against any entity who financially benefited from his or her victimization and knew or should have known that the activity was a violation of human trafficking law.7 Notably, under federal law, buyers of sex are considered traffickers. Therefore, a hotel can be held liable to the survivor if an employee rents a room to a trafficker or a buyer and the employee knew or should have known that the room would be used for a commercial sex act.8 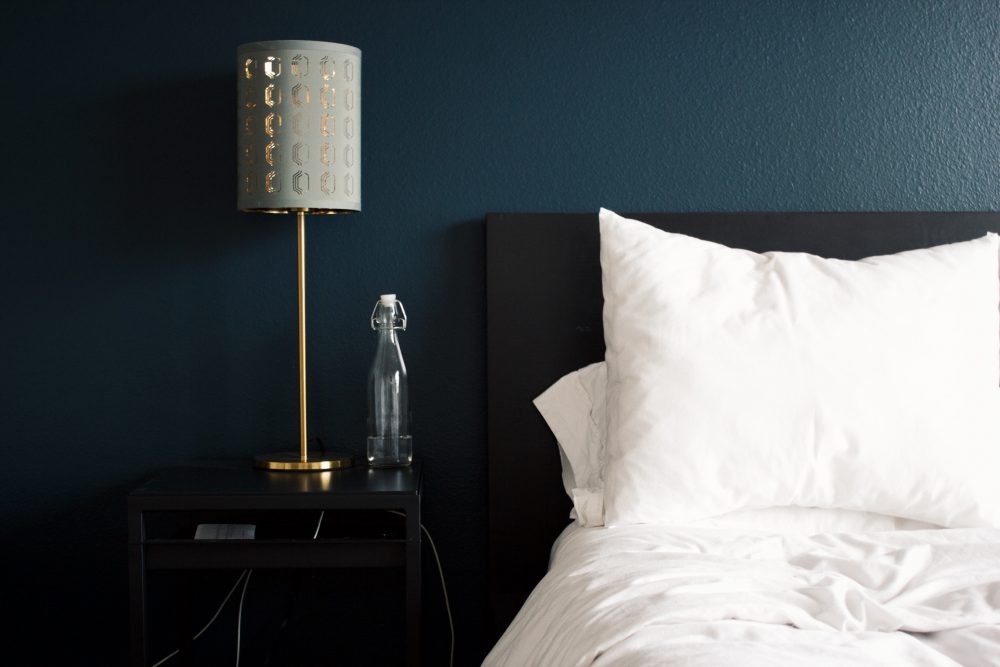 Despite the strength of federal law regarding financial benefitting, the federal government, survivors, and advocates have historically underutilized this statute to hold hotels responsible. There have only been a handful of cases that attempted to impute liability to hotels for sex trafficking, most of which were filed under state laws.9 However, in 2017, the U.S. Court of Appeals for the First Circuit allowed civil claims to go forward against Massachusetts’s Shangri-La Motel under the TVPRA.10 In this case, the Court found that the hotel owners knowingly benefited from the trafficking that was taking place in the hotel. Specifically, the Court noted that the hotel owners and the traffickers had exchanged high-fives when speaking about “getting this thing going again.”11 Although the District Court believed that this exchange was “meaningless,” when it was considered with the additional relevant facts, such as the fact that the victim had pleaded for help from the hotel owners, it became clear that the owners were also culpable in the crime.12 The First Circuit said that the District Court should have read all the facts together, rather than in isolation.13 By allowing this case to move forward, it can serve as an inspiration for advocates to use federal and state laws to hold hotels accountable, even if the hotel is not the actual trafficker.

Civil lawsuits against hotels provide an avenue for survivors to obtain justice for their victimization and may also help combat human trafficking. If hotels are at risk of being held liable for sex trafficking, they are more likely to adopt strict policies and procedures for identifying and combating trafficking. Once traffickers realize the hospitality industry will no longer be the passive participant in their criminal activity, they will be discouraged from using hotels for trafficking. This additional barrier for traffickers could have a deterrent effect on trafficking.

Eighteen years after her exploitation, Savannah is now an advocate for survivors of sex trafficking in Florida and has worked to raise awareness of the hospitality industry’s role in furthering the commercial sex industry.14 The hotel owners who turned a blind eye to her exploitation were never held accountable, but that pattern does not have to continue.