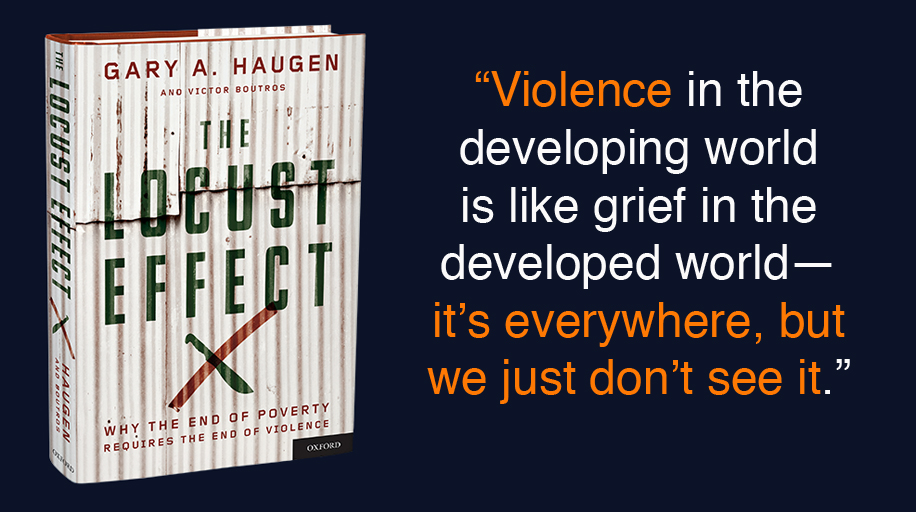 Beneath the surface of the world’s poorest communities, common violence — including rape, forced labor, illegal detention, land theft, police abuse and other brutality — has become routine and relentless. And like a horde of locusts devouring everything in their path, the unchecked plague of violence ruins lives, blocks the road out of poverty, and undercuts development.

How has this plague of violence grown so ferocious? The answer is terrifying and startlingly simple: There’s nothing shielding the poor from violent people. In one of the most remarkable — and unremarked upon — social disasters of the last half century, basic public justice systems in the developing world have descended into a state of utter collapse.

Haugen and Boutros offer a searing account of how we got here and what it will take to end the plague. Filled with vivid, real-life stories and startling new data, The Locust Effect is a gripping journey into the streets and slums where fear is a daily reality for billions of the world’s poorest, where safety is secured only for those with money, and where much of our well-intended aid is lost in the daily chaos of violence.