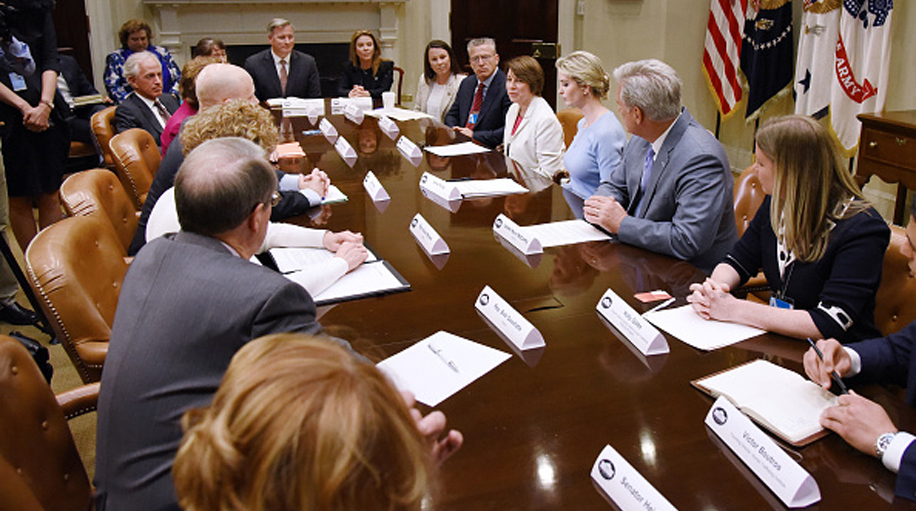 WASHINGTON, DC – Human Trafficking Institute Founding Directors Victor Boutros and John Richmond were invited back to the White House on May 17 as part of a bipartisan anti-human trafficking roundtable discussion in the West Wing’s Roosevelt Room.

“Combatting human trafficking and modern slavery is both a moral and strategic interest domestically and abroad,” Trump told attendees in her opening remarks.

“Several participants highlighted the need for a coordinated and strategic approach to stop traffickers,” Richmond said. “Other topics included the need for vetting corporate supply chains, quality survivor services, the non-prosecution of victims, and ending the demand for trafficking in persons.”

This discussion with lawmakers was in advance of this week’s “Combating Trafficking and Child Protection Week” in Congress, in which a series of new bills will address the issue of human trafficking. According to House Majority Leader Kevin McCarthy, these bills are part of a larger effort to prioritize efforts to combat trafficking through better law enforcement resources, improved victim services, and efforts to curb demand for human trafficking.

“It is encouraging to see the White House and a bipartisan group of law makers united around the same goal,” Boutros said. “If our leaders pursue a disciplined strategy, marshalling resources to scale efforts to stop traffickers, it could mean millions of victims around the globe don’t have to spend years enduring the trauma of trafficking or struggling to recover from it.”