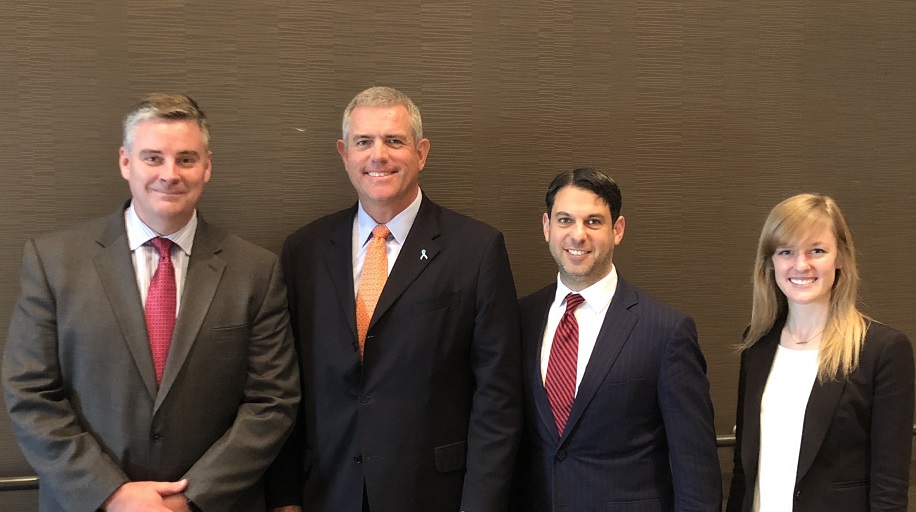 Institute Co-Founder Victor Boutros spoke at the Speaker’s Commission on Public Policy for their inaugural summit,”Mississippi: A Road Block to Human Trafficking” recently at the Jackson Convention Center (pictured from left to right are Dave Rogers, MS Speaker of the House Philip Gunn, Victor Boutros and Alyssa Courier). More than 100 national, state and local experts and advocates including law enforcement and lawmakers gathered for a day of discussions and presentations centered on the issue of human trafficking.

The goal of the meeting was to evaluate Mississippi’s laws on human trafficking and make recommendations. House Speaker Philip Gunn plans to use the new commission to tackle other issues in a similar way through a series of semi-annual public forums.

Gunn said that the nonprofit Speaker’s Commission on Public Policy came from his involvement as chairman of the Southern Legislative Conference – which included lawmakers from the 15 southeastern-most states.

After each public summit, a report including legislative recommendations will be published online.