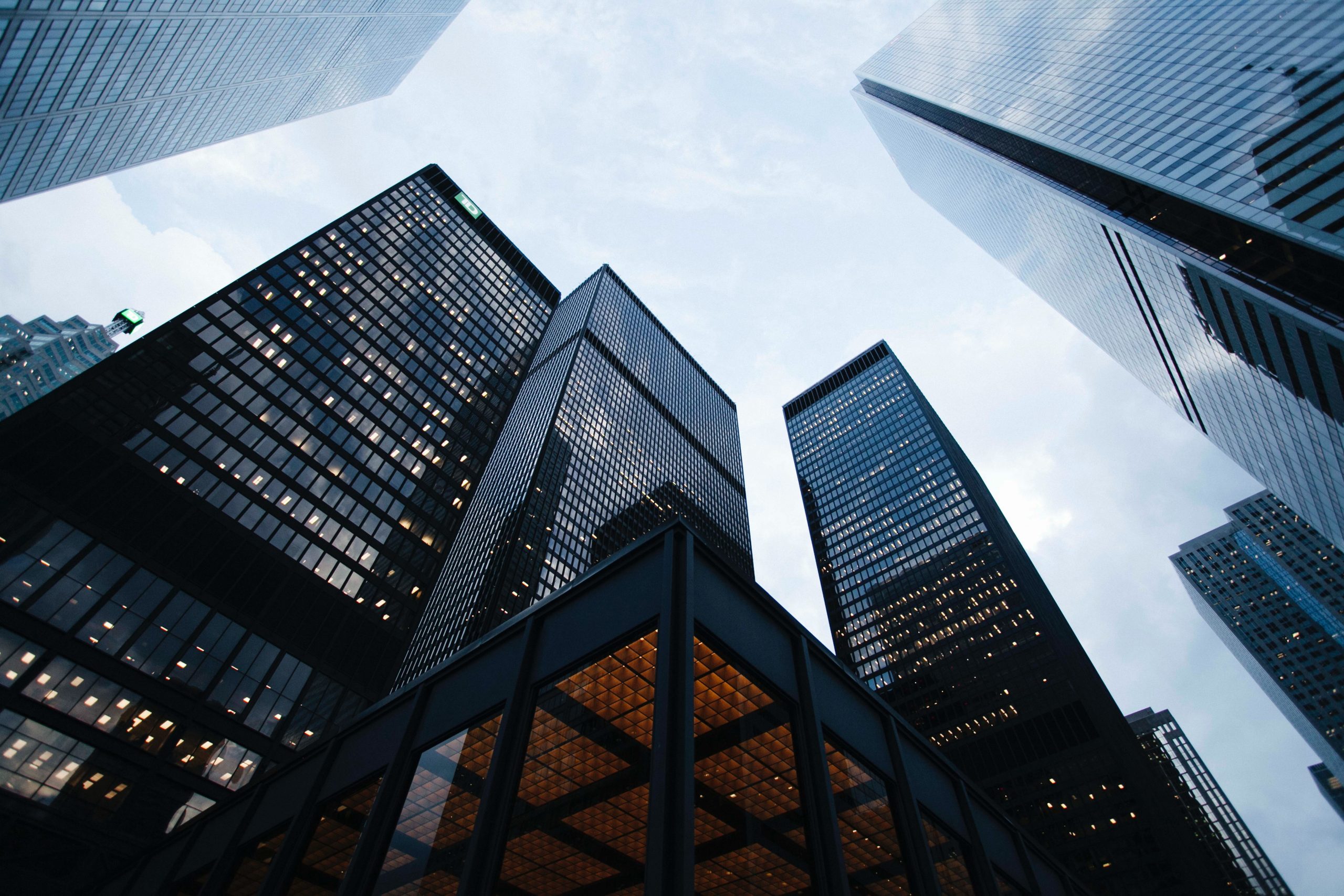 Decimating Human Trafficking Through Corporate Governance: How the TVPA is Following in the FCPA’s Footsteps

Vannak Prum spent three years on a Thai fishing boat forced to work 20-hour days against his will.1 While catching mackerel and sardines for American markets, he witnessed the beatings and murders of his fellow fishermen.2 After enduring years of mistreatment, starvation, and torture, he finally saw an opportunity to jump ship when his boat ventured into Malaysian waters.3 But reaching shore did not result in the relief he expected. Instead of being picked up by police and deported back to Cambodia, local Malaysian officers sold Vannak into involuntary servitude again—this time, on an oil palm plantation.4 Several months later, Vannak was hospitalized for an injury to his collar bone.5 In the hospital, Vannak was able to access a phone and called Cambodian authorities. A human rights organization soon discovered Vannak’s experience and helped him return home. He finally reunited with his wife in 2010, nearly five years after he first left home in search of temporary work in Thailand.6 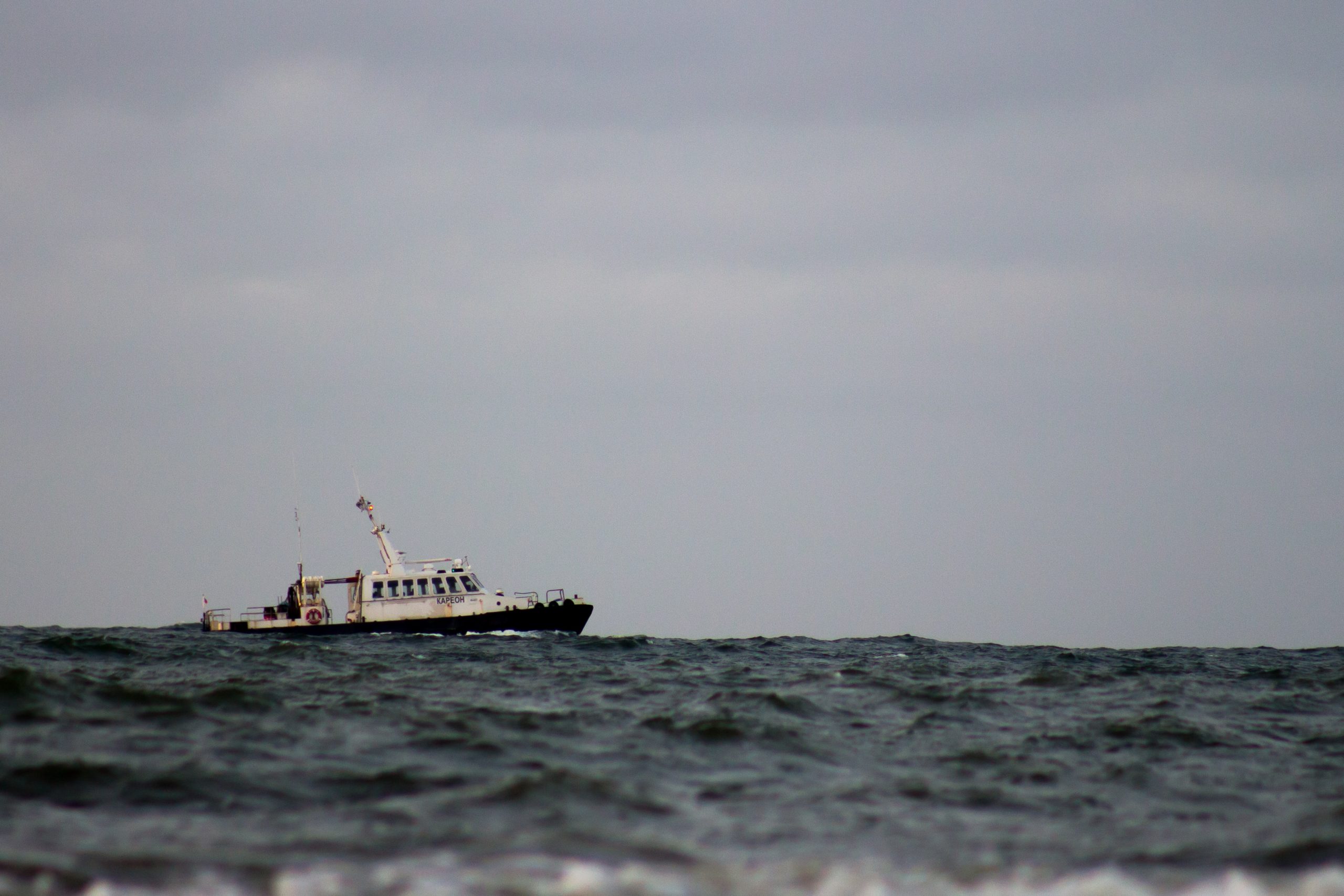 Tragically, Vannak’s story is a common one. Today, an estimated 24.9 million people are held in slave-like conditions, otherwise known as forced labor—a type of human trafficking.7 Human trafficking is a global, multi-billion-dollar criminal industry in which offenders compel their victims’ labor or services through the use of three general means: force, fraud, and coercion.8

Like Vannak, the majority of trafficking victims and survivors are located in developing countries,9 but the exploitation is pervasive in the supply chains of products sold at major retail stores all over the world, such as Walmart, Carrefour, Costco, and Tesco.10 A significant number of the products used by citizens of Western countries—the clothes they wear, the smartphones and computers they use, the coffee they drink, the bricks used to build their homes, the tires they rely upon for transport, and even the mackerel and sardines they eat—may have been produced by trafficking victims.11 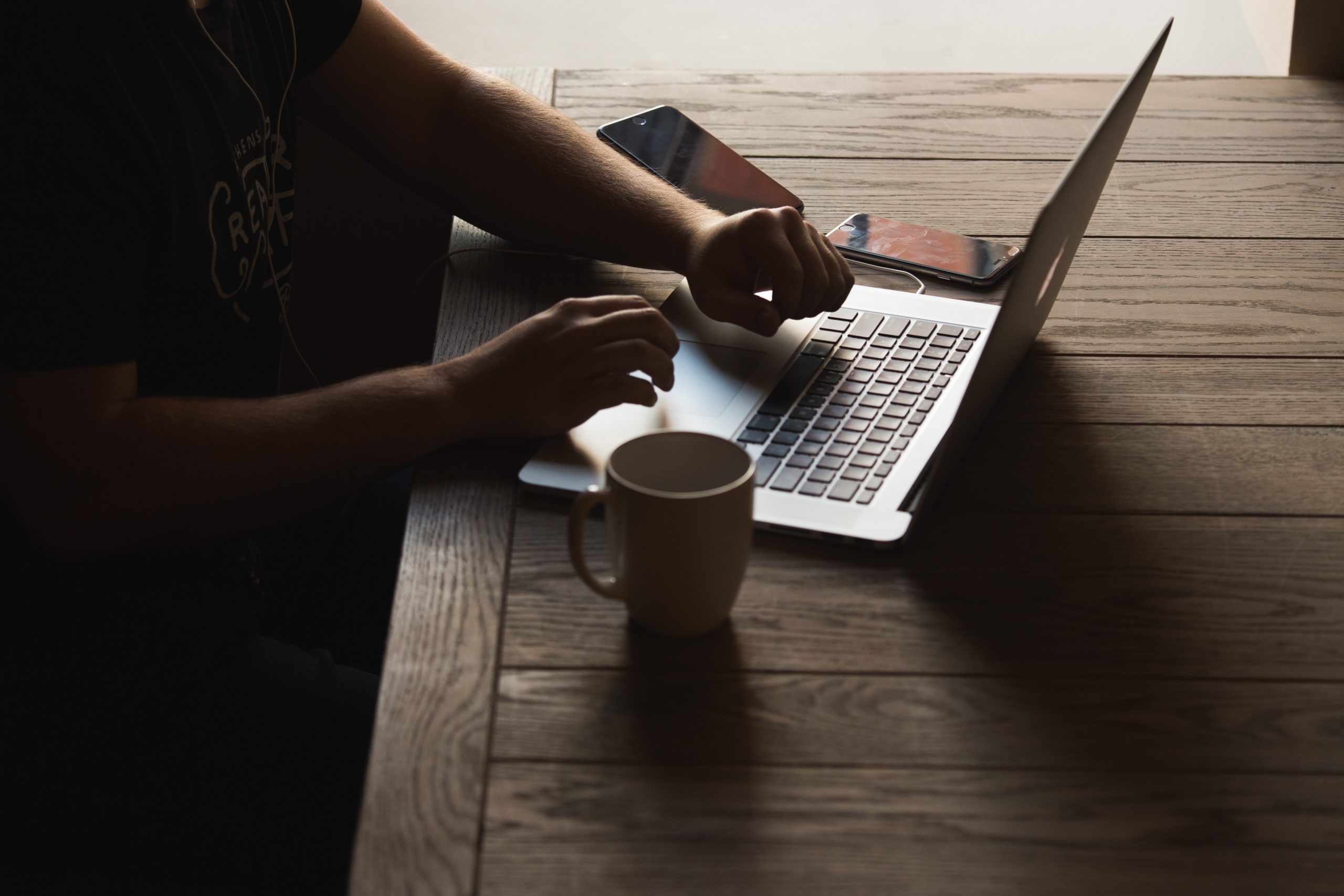 The frequency of human trafficking in global supply chains ought to concern all consumers. And corporations, in particular, ought to take notice. Multinational corporations almost invariably rely on various agents, subsidiaries, contractors, and other third parties operating overseas “[t]o facilitate the delivery of their goods and services to markets across the globe.”12 Sometimes these third parties subject their workers to labor trafficking as a way to save on costs.13 Corporations whose supply chains involve the use of trafficked labor face significant legal, financial, and reputational risks such as civil lawsuits, fines, and labelling in the press as a company complicit in the exploitation of humans.

Worse still, corporations that do not use trafficked labor are forced to compete on an uneven playing field. When a corporation exploits cheap or free labor, it gains an unfair advantage over its law-abiding competitors since it has lower labor costs. The prices it can afford to charge for its products are cheaper than those of their counterparts whose supply chains don’t rely on exploitation.14

Half a century ago, corporations faced a similar threat: bribery and corruption in the global marketplace. Security and Exchange Commission (SEC) investigations in the early 1970s resulted in hundreds of well-known U.S. companies admitting to making over $300 million in unlawful or questionable payments to officials of foreign governments, political parties, and politicians.15 Spurred by these shocking disclosures and the Watergate scandal (which uncovered slush funds in several U.S. corporations and millions of dollars paid in overseas bribes), Congress enacted the Foreign Corrupt Practices Act (FCPA) in 1977 “to end the bribery of foreign officials and restore public confidence in the integrity of the American business system.”16

The FCPA is comprised of two primary components: (a) prohibiting bribes to foreign officials and (b) requiring publicly traded companies to make and keep accurate books and records and to maintain a system of internal accounting controls. Additionally, the FCPA prohibits causing “an act in furtherance of…a corrupt payment” to occur in U.S. territory.17

Thus, the FCPA not only prohibits corporations from making direct corrupt payments to foreign officials, but also from indirectly participating in corruption—for example, by authorizing third parties to bribe foreign officials for the purposes of obtaining or retaining business.18 Violations of the FCPA now carry the risk of significant financial penalties for corporations, with damages in the hundreds of millions of dollars.19

The FCPA’s prohibition against the payment of bribes in foreign countries was monumental. No other country had passed a law governing domestic business conduct with foreign government officials in foreign markets.20 In effect, the FCPA created a duty on the part of U.S. corporations to conduct anti-corruption due diligence “before entering into transactions with third parties or buying another company.”21 Additionally, government enforcement of these provisions led to billions of dollars in fines for corporations either directly engaging in corrupt payments or failing to comply with the accounting provisions to mitigate risks of corruption.22 To avoid the tremendous fines and long-term legal entanglements that come with FCPA enforcement actions, companies enacted detailed compliance programs to detect and prevent improper payments.23

Comparing the FCPA and TVPA

As is the case with the crime of corruption, corporations are often able to benefit from indirectly participating in human trafficking by working with third parties who violate these laws. Moreover, both corruption and human trafficking are borderless crimes24 and so both create unfair advantages in the global marketplace to the detriment of legitimate business competitors.

It is, therefore, no surprise Congress reacted to the experiences of trafficked workers like Vannak with the same outrage as when investigations uncovered widespread foreign corruption in the 1970s. To protect trafficked workers forced to catch, harvest, and produce our basic necessities, in 2008 Congress amended the Trafficking Victims Protection Act (TVPA) to impose both criminal and civil liability upon entities that knowingly benefit from participating in a “venture,” or partnership, that involves the use of human trafficking.25 For liability to attach, it is necessary the entity knew, recklessly disregarded, or simply should have known about the use of human trafficking in its supply chain.26 This provision applies to anyone who is: (1) a U.S. national; (2) a lawful permanent resident of the United States; or (3) present in the United States.27 This includes corporations. 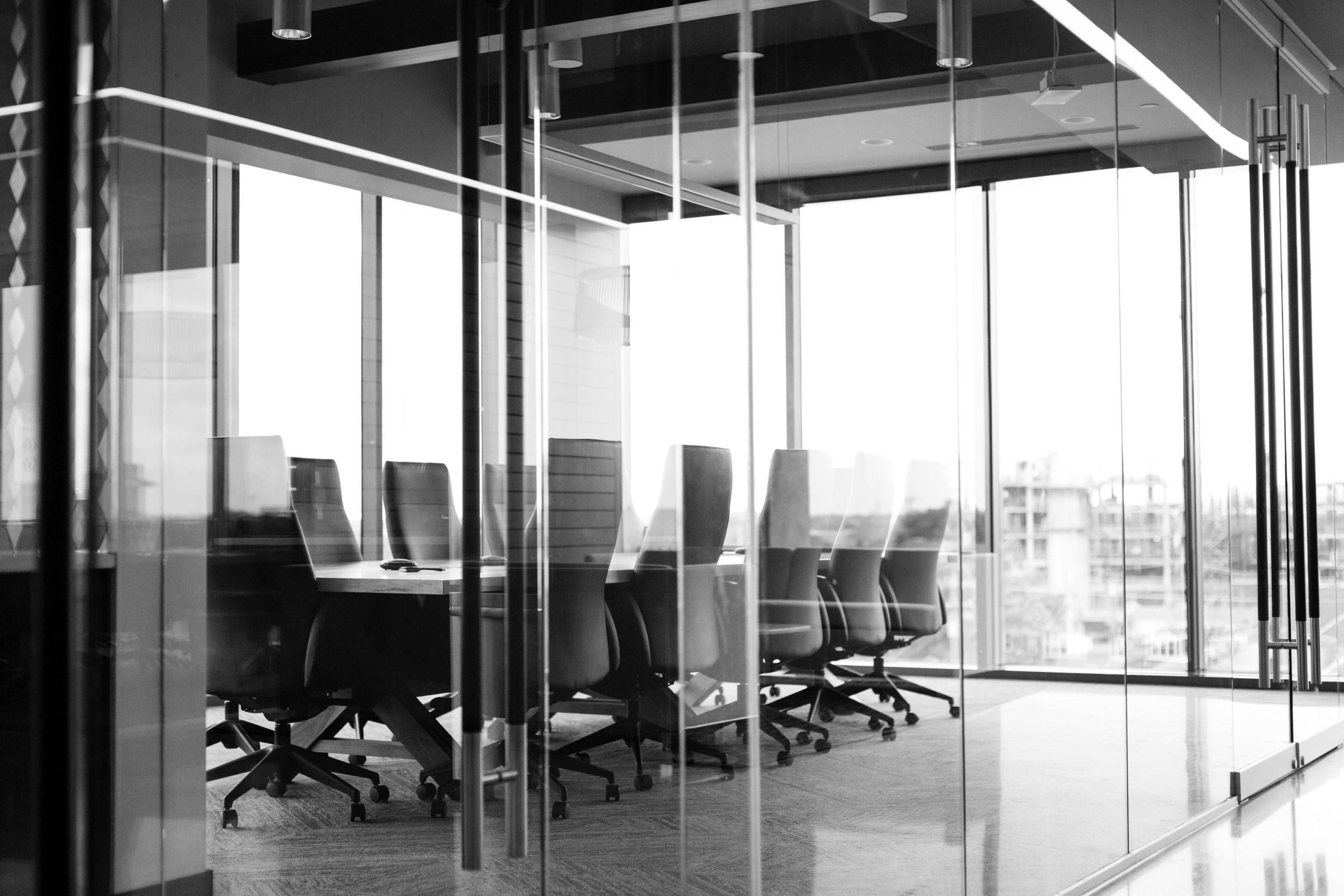 Like the FCPA, the TVPA reaches corporate conduct occurring overseas.28 This means corporations may be liable for FCPA and TVPA violations, regardless of whether the violations occurred in the United States or abroad. Furthermore, as corporations may be equally responsible for their subcontractors’ actions under both the FCPA and TVPA,29 U.S.-based parent companies cannot ignore evidence that their foreign subsidiaries are engaged in corruption or trafficking.30 Simply claiming ignorance of a business partner’s unlawful conduct is insufficient to shield entities from liability.31

How to Root Out Illicit Economic Activities: Due Diligence and Enforcement

As a result of the FCPA, corporations face significant risks by engaging—whether directly or indirectly—in corruption. Failure to engage in FCPA due diligence practices can lead to enormous penalties. Take, for example, the $282 million fine levied against Walmart in June 2019 for failing to operate a sufficient FCPA compliance program.32Largely due to the increase in FCPA enforcement, corporations now maintain robust compliance and due diligence practices to ensure their funds are not tainted by corruption, allowing them to avoid such costly enforcement actions.33

Violations of the TVPA similarly can result in millions of dollars in damages and hundreds of thousands of dollars in fines.34 So far, however, very few corporations have faced enforcement actions under the TVPA and many industries have yet to integrate effective anti-trafficking due diligence into their corporate policies. However, a couple developments in anti-trafficking enforcement signal to corporations that they will face increasing pressures to engage in TVPA due diligence in the coming years. For one, Customs and Border Patrol (CBP) recently gained authority to detain, seize, and exclude significant amounts or types of imports if it finds such goods were produced through the use of human trafficking.35 This authority can be used to act on the growing number of petitions CBP has received from various actors alerting the agency to investigate specific merchandise, exporters, and manufacturers based on allegations of human trafficking.36 Additionally, the American Bar Association released its “Model Business and Supplier Policies on Labor Trafficking and Child Labor,” which urges companies to adopt risk-based approaches to mitigate risks of human trafficking. These policies are seen as the blueprint for future regulatory development in this field.37 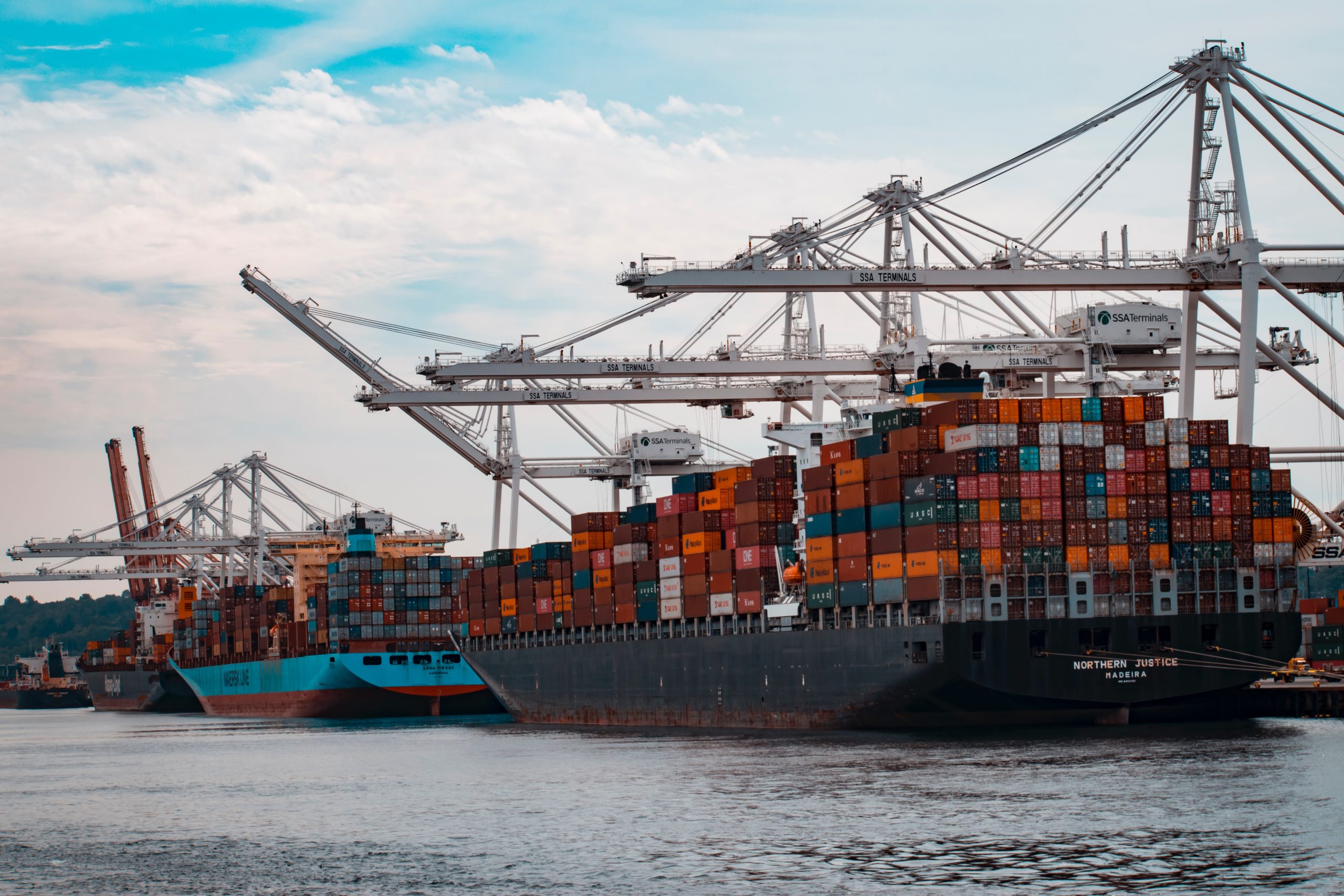 To ensure the TVPA follows in the FCPA’s footsteps and changes the way corporations conduct business, authorities should continue to take enforcement actions against entities that are directly and indirectly engaging in human trafficking. Alternatively, corporations can preemptively reduce, or even eliminate, their risks of TVPA liability by engaging in anti-trafficking due diligence by conducting investigations to determine potential violations in their supply chains and ensuring their associates, subsidiaries, and contractors are not involved in any violations as well.38

The TVPA has the potential to become as significant as the FCPA when it comes to corporate governance. In the more than a decade since Congress amended the TVPA to include corporate liability for human trafficking, the law has begun to transform the corporate accountability and due diligence landscape. To shield themselves from financial, legal, and reputational harms, companies should incorporate TVPA compliance into their existing FCPA compliance systems. Additionally, as with the FCPA, ensuring TVPA compliance helps to level the global economic playing field. In this sense, corporate governance can serve as one of the most effective—and currently underutilized—tools to decimate human trafficking.