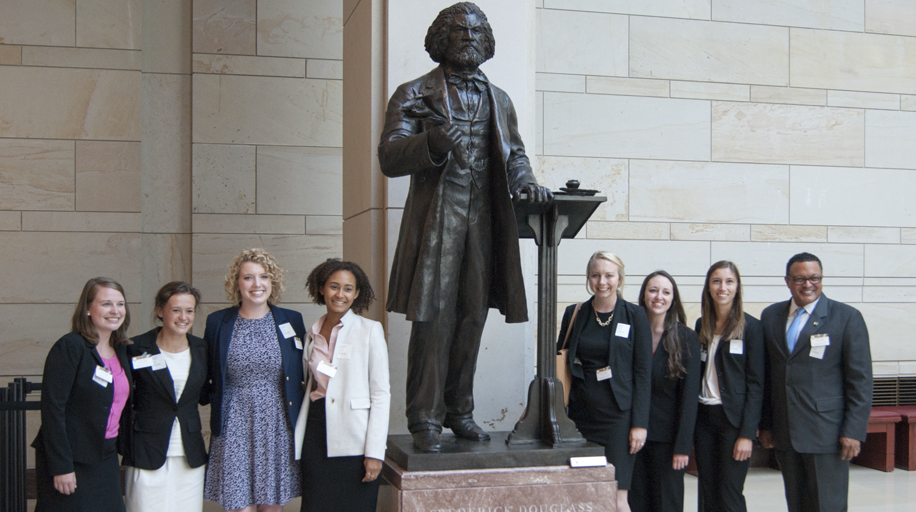 Morris toured the U.S. Capitol with the Fellows, and then spoke with them at the steps of the Lincoln Memorial.

“The first time I heard about the Douglass Fellowship program, I felt very honored … It’s very humbling to know that, all these years later [Douglass’s] legacy, his life, still matter, and can inspire the next generation of leaders,” he said.

During their orientation, the Fellows also met their mentors – all of whom hold senior positions in federal agencies and nongovernmental organizations working in the fight against human trafficking. They include: Federal Bureau of Investigations, Human Rights First, U.S. Department of Justice, International Justice Mission, U.S. Department of State, National Center for Missing and Exploited Children, and The Human Trafficking Pro Bono Legal Center.

In its inaugural year, the Douglass Fellowship accepted the top 10% of applicants. The fellows study at elite law schools across the country. The Fellowship is from September through May and will support the Institute’s efforts to provide clear, data-driven thought leadership to scholars and criminal justice practitioners in the fight against human trafficking.

Click here to read more about the Douglass Fellowship program.