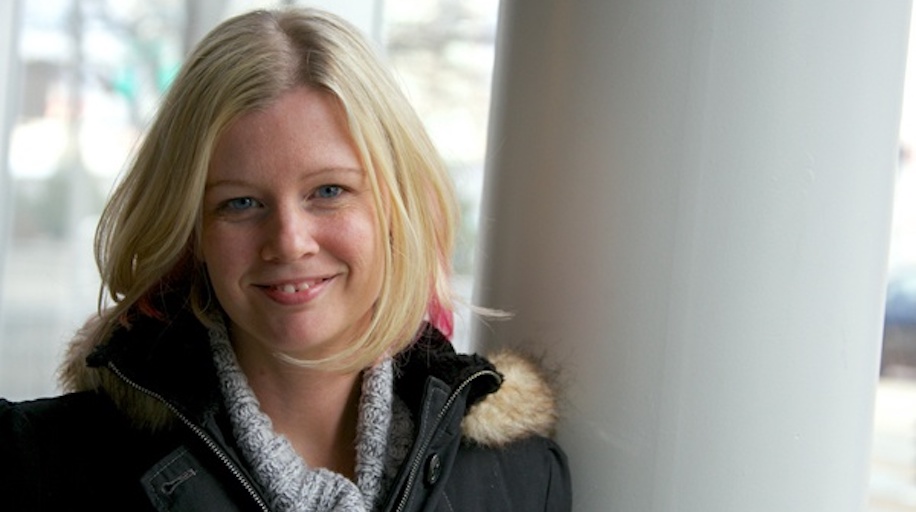 Holly is a survivor of child sex trafficking and serves as a public advocate, testifying before Congress and consulting for numerous organizations including the Office for Victims of Crime, The National Center for Missing and Exploited Children, and the AMBER Alert Program. She is the author of the academic book Walking Prey: How America’s Youth Are Vulnerable to Sex Slavery.

Holly recently took time to talk with Sutton Roach and share about her experience in anti-trafficking work.

Can you share with me a bit of your story and what led you to anti-trafficking work?
At age 14, I met a man at my local shopping mall. This man ultimately convinced me to run away from home to become a musician or model in Los Angeles, California. In reality, this man took me to Atlantic City, New Jersey where he coerced me into prostitution. Although I understood I had been tricked, I didn’t understand that I was a victim of any kind of crime, let alone human trafficking. I thought I had made all of the choices that got me into that situation.. After I was recovered by law enforcement, I was placed in a group home and then a mental health facility. I don’t believe there were any services specifically for prostituted children and youth in New Jersey in 1992. So, as a teenager, I never did get the services I needed to help me understand that I was a victim and that what had happened to me was not my fault.

It was in 2009 that I first realized the term human trafficking might have something to do with me. I watched a documentary about sex trafficking in India. The documentary showed the stories of women and girls who were tricked, forced, or born into brothels. One of the girls’ stories was so similar to my own that I finally made the connection. But I thought I couldn’t possibly be a victim of human trafficking because I was an American and human trafficking didn’t occur in the United States. So, I did some research online and reached out to advocates in the United States. I was then connected with Tina Frundt, survivor of child sex trafficking and Founder of Courtney’s House, a Washington, D.C.-based program that provides services to youth, both boys and girls, who are victims of sex trafficking. It was through Tina Frundt that I finally began to understand that I had been a victim of sex trafficking. I started to study the legal definitions of human trafficking and to reflect on my own story, as well as the stories of others. It was at that point that I started sharing my story and began writing my book.

Tell me a bit about your book Walking Prey and its impact on your work.
Walking Prey is an academic book about child sex trafficking in America. Although I do share my personal story in Walking Prey, this book is much more than a memoir. I discuss predisposing factors, community risk factors, and the mindset of “willing victims”. A child victim who does not self-identify as such is often referred to as a “willing victim,” as was I at age 14 in 1992. In Walking Prey, I discuss the mindset of “willing victims” in order to offer insight to law enforcement, healthcare providers, and other victim advocates. It was through the research process for my book that I really learned about the many dynamics of sex trafficking in the United States. At the time, I was working at an environmental microbiology laboratory and writing and advocating in my free time. When I finally decided to join the anti-trafficking field full time, I spent a lot of time thinking about where I fit best. I had been trafficked for two nights, after which I spent a lot of time with law enforcement and healthcare professionals who were trying to help me but often getting it all wrong. I have always been drawn more to educating and supporting professionals who might identify and provide services to trafficked youth. As such, I decided to join the healthcare field. I found Dignity Health’s program and knew that’s where I belonged. I joined them very soon after learning about their Human Trafficking Response Program.

What made you interested in partnering with the Human Trafficking Institute?
I’ve known John since 2011, and I’ve really enjoyed working with him. I’ve especially loved his ongoing support for survivors of sex and labor trafficking. I like that the Institute recognizes the importance of survivors and their perspectives. I know that, as a teenager, my entire case would have been different had law enforcement connected me with a survivor who could have helped me understand what I had experienced.

What are ways individuals can participate in the fight against trafficking?
Everyone can do something. In my book, I describe many ways in which someone can get involved whether it’s giving money, donating your time, donating items, or donating your skills. For example, I donated my time and skills to help a survivor create a website for her business I know an editor who donated her time and skills to edit a book for free for one of my survivor friends. People can help in so many different ways. It’s not always about donating money.

But, we definitely have to include labor trafficking in the awareness dialogue. We need to talk about people like Shyma Hall, author of Hidden Girl: The True Story of a Modern-Day Child Slave. Shyima was forced into domestic servitude for four years, two of which were spent in Irvine, California. Shyimae slept in her traffickers’ garage while their children were going to school and living a normal life. Or like Evelyn Chumbow, member of the U.S. White House Advisory Council on Human Trafficking. Evelyn was forced into domestic servitude from the age of nine to seventeen in Maryland, until she ultimately ran away. Community awareness is important, and we have to talk about labor trafficking as much as we do sex trafficking.

What gives you hope and the ability to continue working in this field?
Definitely other survivors. It’s the energy, the passion, and the hope that I get from survivors of labor and sex trafficking. I know survivors all across the country, and from countries around the world, who are mothers, fathers, college students, national speakers, and founders of organizations. So often, the picture of a survivor is painted as being broken and hopeless. But for me, I think of people like Ima Matul or Shandra Woworuntu, who travel to Indonesia to raise awareness and run organizations of their own. They give me hope.