Human Trafficking Courts: Diversion To Or From Justice?

As public awareness of human trafficking has increased over the past few decades, human trafficking diversion courts have emerged in jurisdictions across the United States, from New York to Ohio to New Orleans and Los Angeles.1

“Human trafficking court” might sound like a court that exists to prosecute traffickers in an environment specializing in human trafficking. In reality, however, defendants in these particular courts are not traffickers. Instead, the defendants are victims of trafficking and sexual exploitation whom the government has charged with prostitution offenses related to their exploitation.2 While human trafficking diversion courts may help some survivors heal, states have not reevaluated the necessity or efficacy of these courts in relation to other remedies for survivors.

Human trafficking courts are a type of the popular “problem-solving court” model (e.g., drug courts or mental health courts).3 As a form of criminal justice diversion, problem-solving courts offer alternatives to incarceration for people facing arrest for certain eligible crimes. In exchange for traditional punishment, these courts often offer conditional support or other services.4 This approach aims to better address the underlying issues that often bring people into the court system. No universal model for human trafficking courts exists because these specialty courts are created within unique state court systems across the United States, each with varying levels of resources and differing laws. However, the Center for Court Innovation7 has outlined “common principles” to use in human trafficking courts that enhance victim safety, including:

The guiding principles largely ensure that court practices are trauma-informed and aimed at providing victims with procedural justice, a process that treats victims as whole human beings by integrating respect, understanding, compassion, and trust into the criminal system. Therefore, human trafficking courts often mandate services like therapy and substance abuse treatment instead of traditional punishment, like incarceration, for engagement in commercial sex—even when engagement is forced or coerced.9

“Diversion” Courts for Human Trafficking: A Closer Look at a Typical Model

Most state courts that have instated human trafficking diversion courts did so as a way for the criminal justice system to better address the needs of victims. Some human trafficking courts arose due to the actions of individual judges who saw troubling patterns in their courtrooms—women with prostitution charges showing up to court beaten and bruised. For example, Ohio Judge Paul Herbert was “convinced that recognizing these women as victims, not criminals, [and] providing support instead of just a jail sentence, is how you turn a victim into a survivor.”10 Therefore, in 2009, he pitched a then-novel idea of a courtroom “dedicated to recovery, not punishment.”11 To date, Judge Herbert has continued to preside over the CATCH (Changing Actions to Change Habits) Court and now aids other jurisdictions in setting up their own courts.

The CATCH Court is representative of many other human trafficking diversion courts around the United States. It provides an array of services, such as housing and food to programs. These services meet basic needs that victims may have formerly received from their traffickers or obtained through trading sex. The CACTH Court program also connects participants to treatment for trauma and substance abuse. While the court provides great resources for participants, they are also subject to mandated drug testing and attendance in court every week for the program’s two-year duration. If participants fulfill all program obligations, graduates are eligible to get their records expunged. The CATCH Court program is rigorous—only 1 in 4 participants graduate.12 However, program metrics show this model works. The recidivism rate for women with prostitution-related offenses nationwide is 80 percent.13 That statistic drops to 20 percent for CATCH court graduates.14 Even participants who drop out prior to graduation have half the recidivism rate of the national average at 40 percent recidivism.15 While many people praise human trafficking diversion courts for supporting victims, there is less public discourse on their potential for harm.

Those in opposition to human trafficking courts point out that these courts criminalize the wrong actor—the victim—rather than the trafficker. A former New York State chief judge who helped launch human trafficking courts in the state, Jonathan Lippman, acknowledged this, but added, “The reality is we don’t make decisions as to who gets arrested, and we want to assure that these victims get the assistance that they need and ultimately get out of ‘the life.’”16

Critics have pointed out that the centralization of human trafficking courts invites a spectacle and enables traffickers or pimps to watch their victim’s proceedings in the courtroom.17 Furthermore, those in opposition assert that states can—and should—use other means to connect trafficking survivors to resources and services for housing, trauma, and substance abuse treatment that do not require charging them with a crime.

Additionally, although the courts connect victims with resources and treatment, these “benefits” are still a part of the criminal adjudication process—albeit a gentler version ( i.e. “penal welfare”) for crimes that victims did not voluntarily commit.18 Critics of these courts highlight that they are “repackaging criminal intervention as welfare and the arrest and prosecution of presumed victims as a minimal cost of eradicating trafficking.”19

Advocates and survivors alike know that healing is not linear and looks different for each individual survivor. Holding the power of the state over survivors’ healing processes is not the most effective way to connect them to resources or help them escape their traffickers. Indeed, as studies have found, mandating treatment to survivors may be counterproductive.20 Because they have already experienced a loss of control over many aspects of their lives to their traffickers, mandated treatment of any kind can frustrate recovery by taking away survivors’ agency.

Lastly, those opposed to human trafficking courts contend the proliferation of these courts may prevent the development of other services and benefits to survivors outside the court system and continue to stigmatize survivors as criminals in the public eye.21 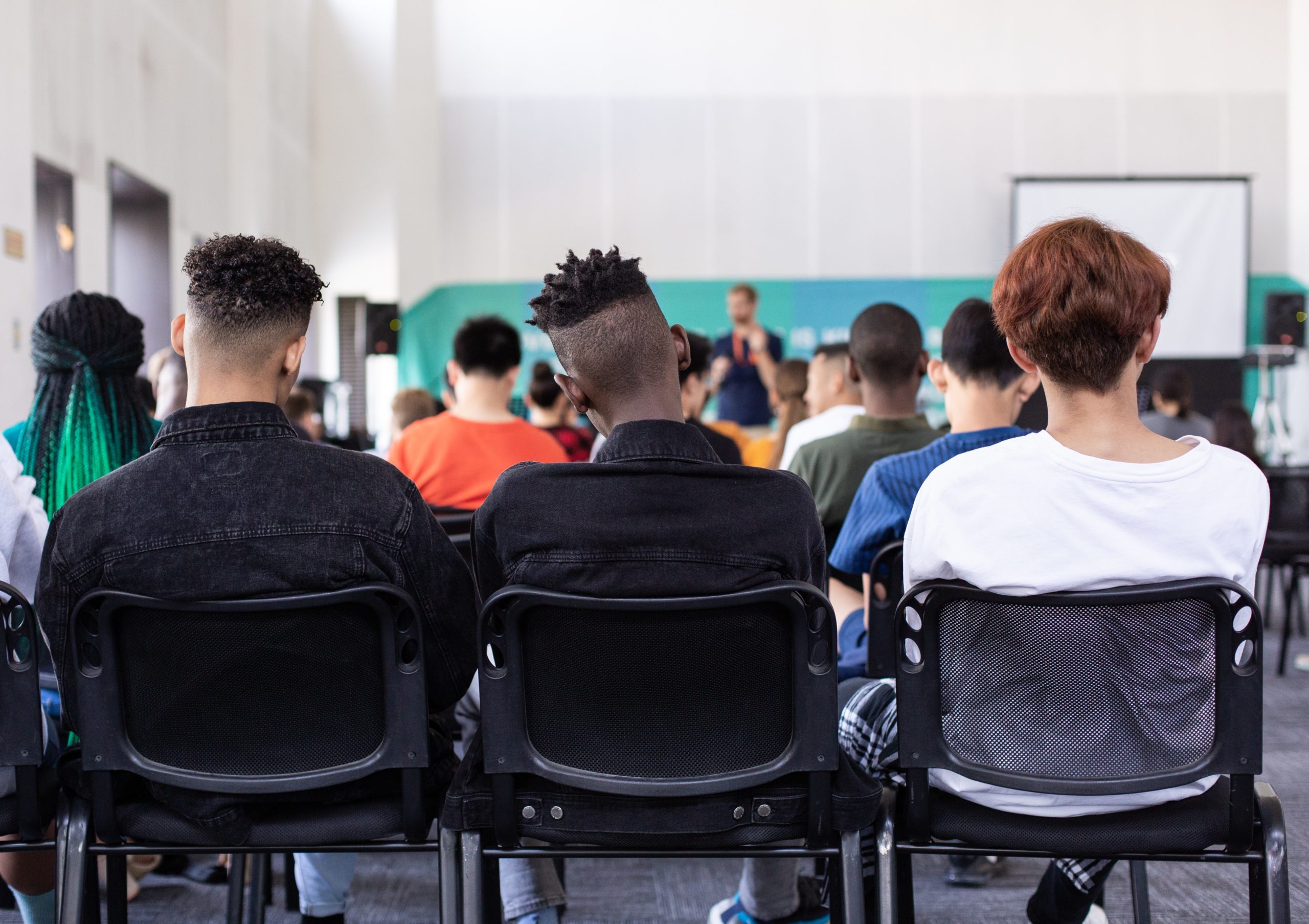 Human trafficking diversion courts grew out of a desire “to address the complicity of the court system in perpetuating injustice” for victims of human trafficking charged with prostitution crimes,22 but these courts are not the best way to address the complicity. For starters, not everyone engaged in the commercial sex trade is a victim of sex trafficking.23 A study of the Human Trafficking Intervention Courts in New York found that only 45 percent of participants met the definition of a trafficking victim under federal law.24 More importantly, for those who are victims of trafficking, new remedies exist that are far more trauma-informed and victim-centered.

Over the past decade, nearly every state has passed some level of post-conviction criminal record relief—new legislation that allows survivors to vacate or seal previous convictions. Criminal record vacatur and expungement acknowledge what human trafficking diversion courts fail to realize fully—a survivor of human trafficking is an involuntary participant in the crime for which they are being charged. Therefore, survivors should not be found culpable or punished in any way.

If a survivor can sufficiently prove the need for criminal record relief due to human trafficking, they should be eligible for and connected to services as soon as law enforcement or others identify them as a victim of trafficking. States can provide necessary resources to survivors without tying their access to completion of a program that may not suit the individual survivor’s needs and timeline. Furthermore, this approach recognizes the reality that not all survivors are willing, able, or ready to disclose their exploitation at the time of their arrest. They may accept a conviction at the time of charge but benefit from additional services at a later time.

As a society, we should not penalize victims for crimes that someone coerced or forced them into committing. Although human trafficking diversion courts do a great deal to help some survivors, the best solution would be to avoid bringing charges against victims of trafficking in the first place.