In August 2005, Hurricane Katrina slammed the Louisiana coast with Category 3 winds and a record-breaking storm surge.1 Images of the breached levees of New Orleans and the catastrophic flooding of its low-lying wards are now etched into the national memory. In addition to the immediate loss of homes, businesses, and infrastructure, the human costs continued to compound long after the storm passed. Overwhelmed by the destruction, law enforcement agencies struggled to enforce criminal laws and worker-protection regulations.2

Accounts surfaced of human traffickers recruiting victims by offering shelter in exchange for sex.3 In addition, the federal government allowed companies to recruit hundreds of immigrants to fix damaged oil rigs;4 however, when the workers arrived on temporary visas, traffickers housed them in guarded labor camps and cheated them out of wages.5 In fact, “at least 3,750 persons [were] identified as potential victims of human trafficking into the Gulf Coast region in the post-Katrina period.”6 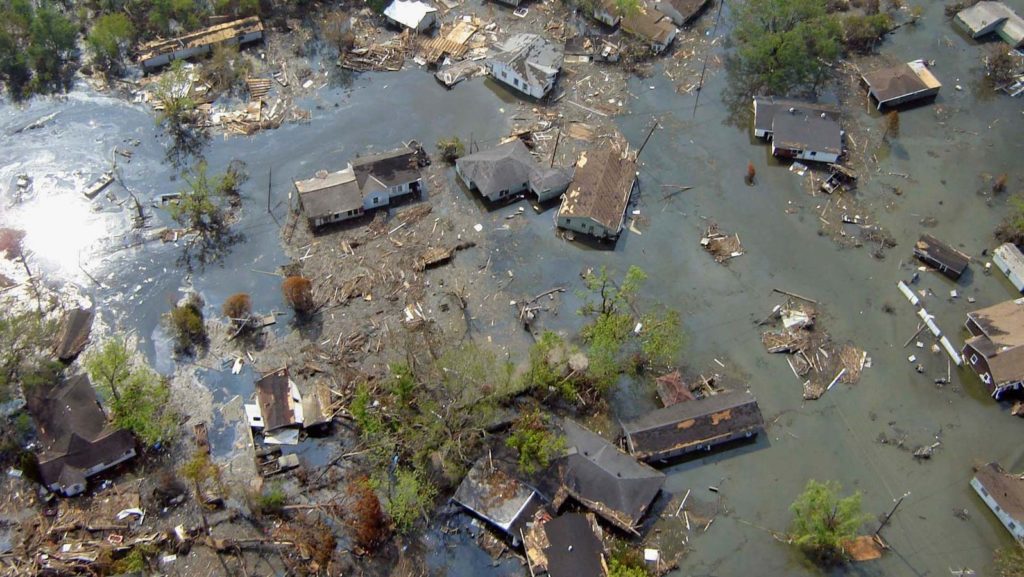 Natural disasters all over the world have similarly correlated with increased reports of sex and labor trafficking. When disasters strike, aftereffects often include displacement, job loss, separation from the community, and overburdened local governments, compounding the vulnerabilities of already vulnerable populations.7 Additionally, as the number of climate migrants grows, experts predict the incidences of human trafficking worldwide will steadily increase as well.8

The recent experiences of agricultural workers in the American Southeast underscore the potential for this trend to continue within our own borders. In 2017, Hurricane Irma destroyed most of Florida’s citrus crop. In addition to pummeling the state’s oranges and grapefruit, Irma also delivered a lethal blow to the shoddy housing provided to migrants who harvest the fruit.9 In Immokalee, an agricultural community inland from Naples, some 100 units of farmworker housing – many of them unanchored mobile homes – were washed away. Similar to Hurricane Katrina, Irma created the precise vulnerabilities labor traffickers are likely to exploit. For example, in the wake of the storm’s destruction, many farmers were desperate to cut their losses, and workers were often in need of cash and shelter. 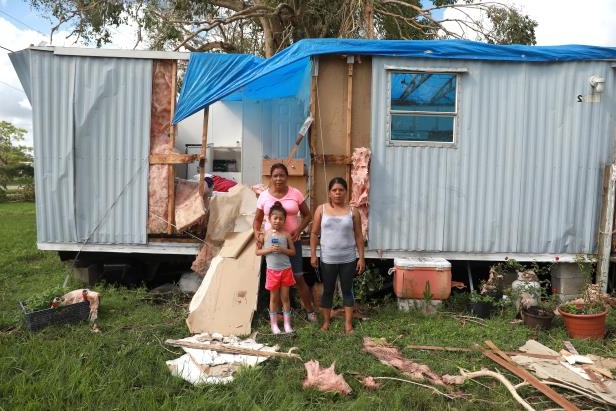 Similarly, the following year, Hurricane Florence devastated North Carolina’s agricultural sector, flooding fields all over the state and destroying crops—damage valued at $1 billion.10 Farmworkers on temporary H-2A visas were left stranded in their employer-provided housing without food, money, or a method of transportation to carry them out of the storm’s path.11

As these hurricanes illustrate, these factors can often put farmworkers at great risk of harm and exploitation when natural disasters strike. Geographic isolation makes farmworkers hard to reach. Language barriers for many migrant workers complicate the communication of alerts. A lack of Internet access or knowledge about local resources leaves farmworkers unsure who to contact for help. Threats from employers about immigration consequences for abandoning their H-2A contracts often prevent workers from seeking aid or evacuating.12 In some cases, workers may even be afraid to seek shelter elsewhere because their employers have confiscated their identification documents to prevent them from leaving.

Advocates working in the anti-human trafficking space must recognize how natural forces threaten workers’ physical safety and create financial conditions where trafficking abuses are more likely to occur. In doing so, advocates can help ensure disaster preparedness efforts mutually reinforce human trafficking prevention work. When community organizations and local governments partner with farmworker labor camps for disaster planning, they can use this as an opportunity to screen for human rights abuses. Futhermore, when legal service providers inspect farms for labor trafficking, they can also use that opportunity to inform immigrant farmworkers about their rights and help them think proactively about options for emergency aid.

Including farmworkers in local disaster planning pulls them into the community’s conscience, mitigating the isolation that can facilitate trafficking. The planning itself might require routine contact between local government officials, farmers, and farmworkers; building trust between these groups; increasing visibility of farmworkers; and deterring would-be labor traffickers through increased oversight. At a minimum, including farmworkers in local disaster plans requires keeping track of where they are living and working each season, which could help reach people in crisis. To that end, some advocates are developing web-based mapping applications to pinpoint labor camps and mobilize aid in emergency situations.13 Tools like this also facilitate more routine interaction between farmworkers and community members, which empowers farmer workers to connect with resources and reach out for help when their safety or legal rights are at risk.14

In response to hurricanes Irma and Florence, farmworker advocates in both North Carolina and Florida committed to working with local governments and law enforcement agencies to ensure the inclusion of farmworkers in local disaster plans.15 Many of those plans are in the process of being implemented now by a batch of newly-hired disaster coordinators.16 It is too soon to predict the extent to which these initiatives will reduce the incidence of labor trafficking among agricultural workers in the Southeast. Labor trafficking is notoriously difficult to quantify, often going unidentified and unprosecuted.17 Regardless, the growing concern and scholarship focused on farmworker disaster resiliency draw attention to their poverty and isolation.18 Increased public awareness of these vulnerabilities is crucial to properly combat human trafficking in this sector.