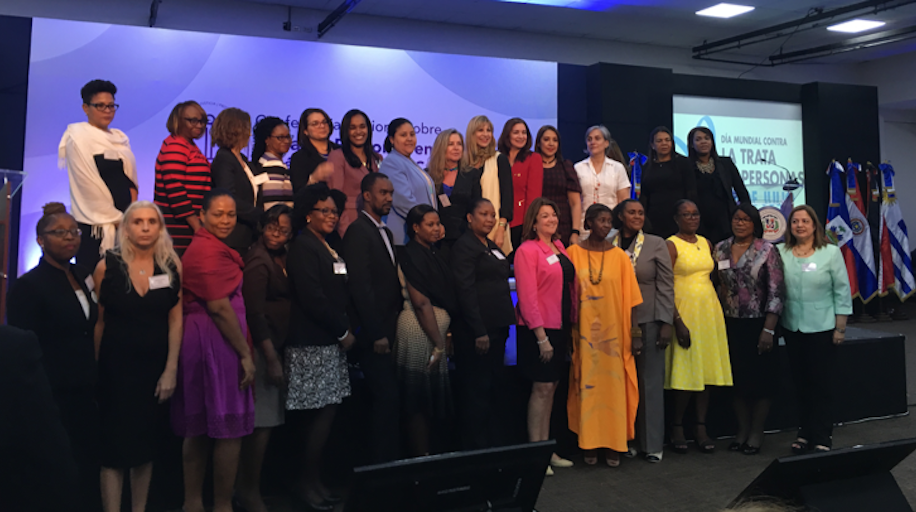 Last month, Cherisse Francis, the Judicial Law Clerk to the designated TIP justice of Belize, attended the International Association of Women Judges (IAWJ) Regional Conference on combatting Trafficking in Persons. The conference was an important learning opportunity for anti-trafficking professionals in Belize and beyond, as it facilitated engagement with regional professionals who shared their expertise on the successful prosecution of human trafficking cases. As Belize’s experience in prosecuting cases under the present 2013 Trafficking in Persons (Prohibition) Act is minimal, this opportunity revealed information which would otherwise be inaccessible.

At the conference, Cherisse attended the plenaries and two workshops on each day. On the second day, she participated in a small working group involving the representatives from the English-speaking Caribbean territories. At the conclusion of the session, the group had prepared an action plan for the next six months, which Cherisse presented to the audience-at-large.

The IAWJ is a non-profit, non-governmental organization made up of female judges from across the globe and serves as a network for judicial training and the advancement of human rights. In 2008, members of IAWJ made anti-trafficking one of their priority areas and have spent a significant amount of time since then bringing professional groups together to talk about the issue.

This conference served the dual purpose of furthering the anti-trafficking cause and commemorating International Day against Trafficking in Persons 2019 by the regional contingent of the IAWJ for Latin America and the Caribbean. This collaborative event was hosted in Santo Domingo, Dominican Republic under the theme “Access to Justice for Victims of Human Trafficking: Effective Collaboration and Victim-Centered Best Practices”. Participants included stakeholders such as judges and other judicial officers, prosecutors and members of civil society from Argentina, Belize, Chile, the Dominican Republic, Haiti, Guyana, Guatemala, Jamaica, Uruguay, Paraguay, Mexico, the United States, Saint Lucia and Puerto Rico.

The conference met its major objective of providing networking and collaboration possibilities. As a result, the participants engaged in knowledge sharing and about the experiences and challenges in prosecutions across the region to see what best practices could be adopted to enhance Belize’s own system. Countries like Jamaica, for instance, choose to do trial by judge in circumstances involving human trafficking cases. The result has a speedier and more efficient justice system.

Another key learning point from the conference was the cultural peculiarities and their influence on anti-human trafficking work in the various jurisdictions. One of the experiences shared was by a non-profit representative from Haiti. They highlighted participants how orphanages and missionaries contribute to the child trafficking issues in Haiti and across the Haiti-Dominican Republic Border. As the sessions progressed, it became clear that though the countries may have language barriers, some practices such as the subordination of women and children being engaged in work from an early age are shared challenges.

Moreover, the emphasis on victim inclusion permeated throughout the entire conference and its associated workshops. This led to robust debate between participants who had divergent views on whether victim-centered approaches aid or prevent successful prosecutions.

The knowledge gained from this experience will be utilized to aid Belize’s continuous growth in the anti-human trafficking arena. Countries like Guyana, which share similar challenges to Belize, including language barriers and porous borders, but which have overcome them to advance their trafficking efforts, can be used as benchmarks. Lessons can also be learned from Jamaica, which has amended its legislation to provide for judge alone human trafficking trials, increasing the speed at which justice can be served. Interactions with the judicial officers from across the region also served to stimulate data collection and research methodologies.