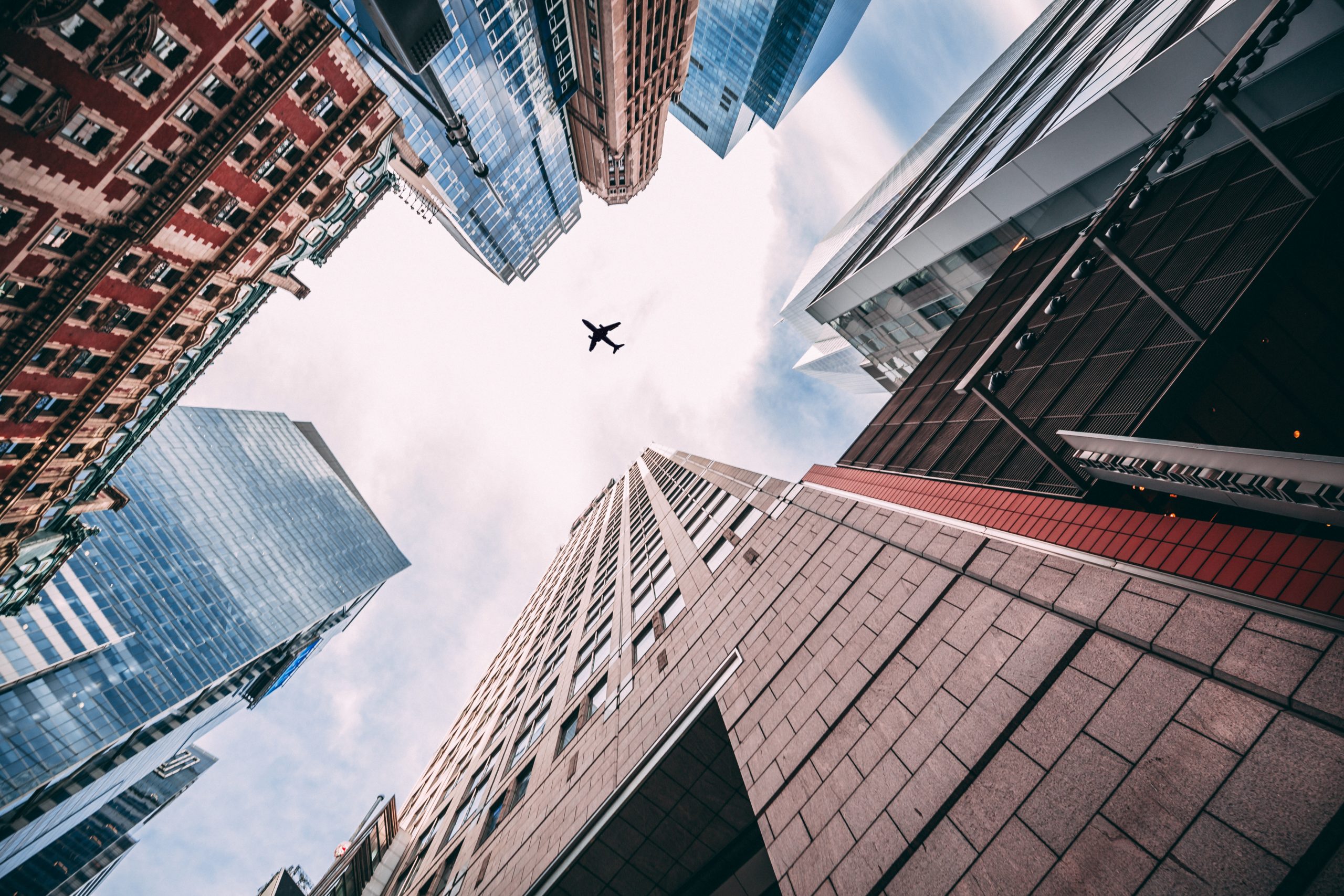 In Plane Sight: The Airline Industry’s Response to Human Trafficking

The aviation industry is often referred to as the business of freedom. Every year, airlines safely connect more than four billion passengers on over 20,000 city pairs. Today alone, over 100,000 flights will take place, connecting business to markets, reuniting friends and family, facilitating voyages of discovery and cultural exchange. Aviation delivers huge social and economic benefits. However, the ease, speed and affordability of air travel makes it an effective form of transportation for criminals who want to deny freedom to others through the crime of human trafficking.

The International Labour Organization (ILO) estimates that 24.9 million people globally are victims of modern slavery, including human trafficking. Almost every country is affected whether it is a source, transit, or destination country. Over 60% of human trafficking victims are known to be trafficked across at least one international border, so we know some are taking flights and passing through airports. However, human trafficking can be difficult to detect so victims often remain hidden in plain sight.

More boots on the ground

Governments and law enforcement who have the primary responsibility to identify, apprehend, and prosecute the perpetrators of human trafficking have a huge task at hand. This provides some explanation as to why they are increasingly looking for customer-facing transportation staff, including airline personnel, to be trained in specific human trafficking awareness. These additional sets of eyes and ears can provide vital intelligence. Flight attendants/cabin crew are seen as particularly critical given they spend more time with passengers than any other group, so are likely best placed to witness any suspected trafficking situations. 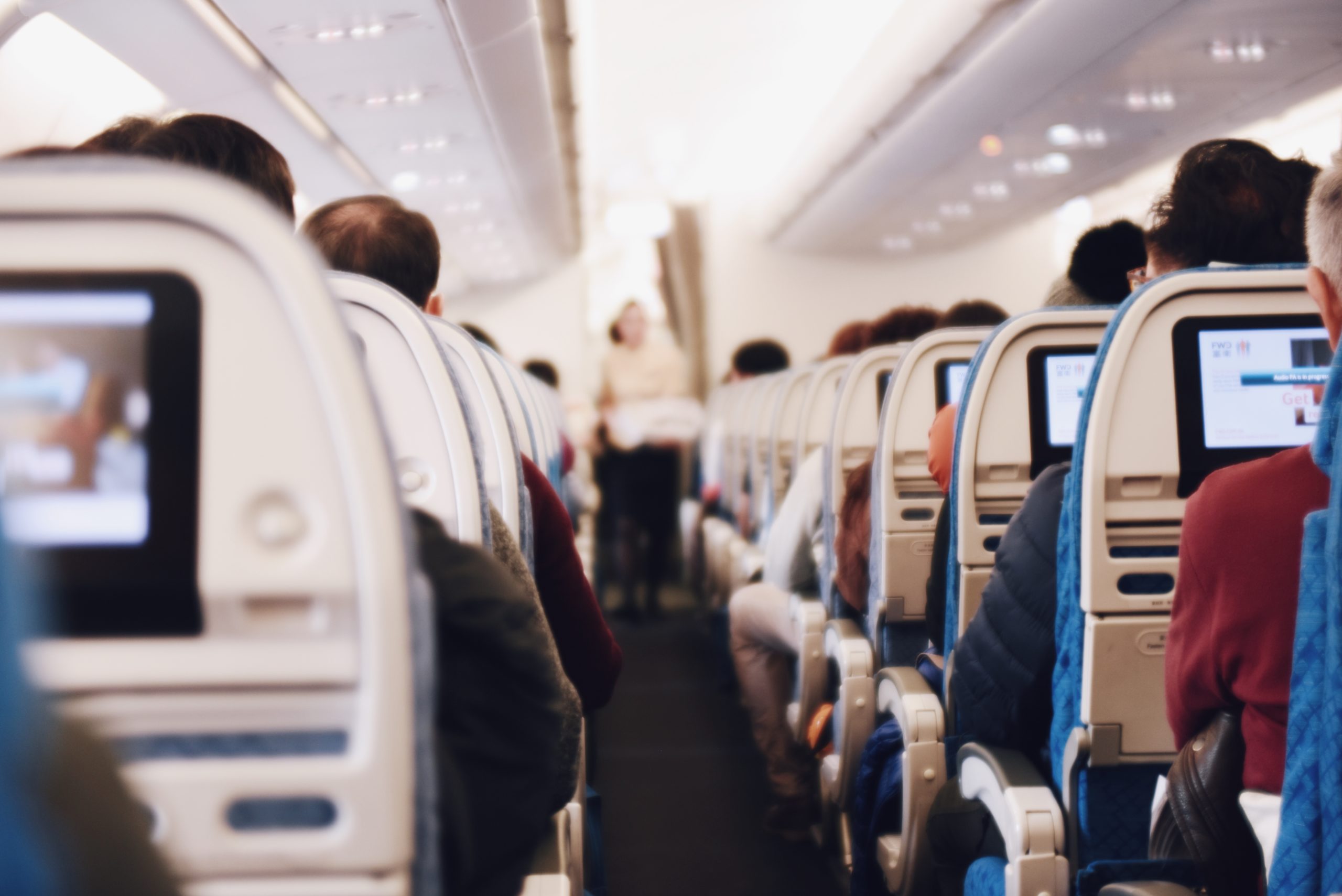 The United States Government is leading the charge in this regard. Customs and Border Protection, the Department of Transportation, and the Department of Homeland Security developed the Blue Lightning Initiative to raise awareness and train airline personnel to identify potential traffickers and human trafficking victims, and to report their suspicions to law enforcement.

Will this approach work? Well, it did on August 31, 2017. Denice Miracle, an American Airlines customer service agent, became suspicious of two teenage girls aged 15 and 17 as they checked in for a flight at the Sacramento, California, airport. Miracle, having been trained in human trafficking awareness, immediately felt there were warning ‘indicators’ that something was not right: There was no adult traveling with them; they had no identification; the tickets were one-way; they were booked in first class; and the credit card used to reserve their seats was in neither of their names and was fraudulent. Miracle contacted the Sacramento County Sheriff’s Department Airport Bureau, explained the situation, and told the girls they would not be able to fly.

Investigations found that after meeting a man they knew as “Drey” on Instagram, the girls were invited to New York for the weekend to earn $2,000 for modeling and appearing in music videos. They went to the airport without their parents’ knowledge. They told deputies they believed Drey had booked return tickets. Attempts by law enforcement to contact Drey failed, and his Instagram profile vanished. These girls avoided becoming victims of human trafficking thanks to the efforts of a trained and concerned airline employee – others may not be so lucky. 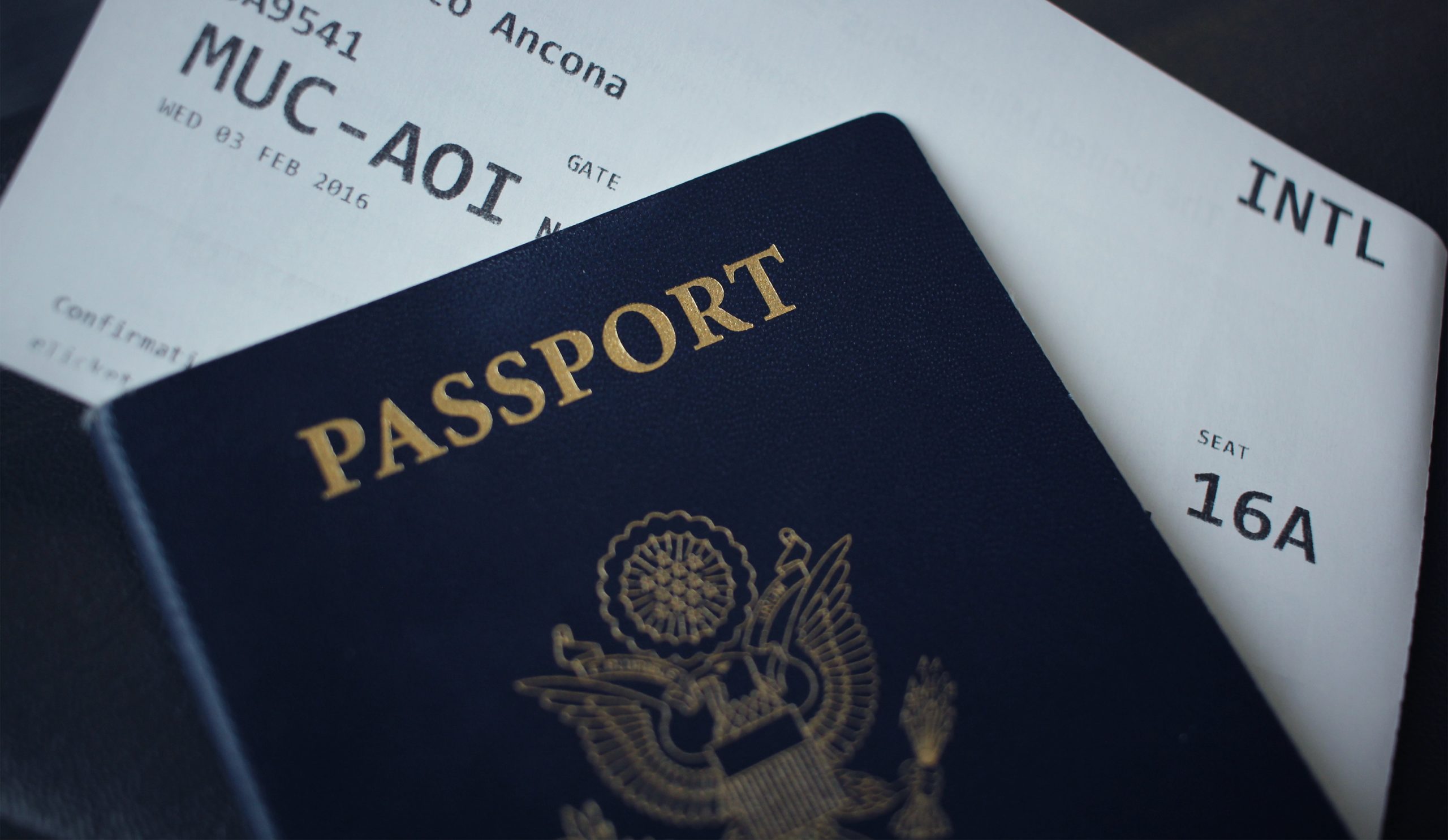 There are reasons, beyond doing the right thing, that airlines have a natural interest in helping governments prevent human trafficking.

First, there is growing evidence that terrorist groups like ISIS are using human trafficking to fund their activities. A report by the Henry Jackson Society in 2017 estimated that ISIS derived between $10 to $30 million from slavery. These terrorist activities are often directed toward civil aviation in the form of unlawful interference, so breaking this nexus is key.

In addition, other countries’, such as the United Kingdom, airlines are affected by more general legislation, which requires companies to take actions to ensure their supply chains are free from human trafficking. Australia will introduce similar legislation by the end of 2018 and other countries are likely to follow suit.

Finally, consumers and investors are also increasingly demanding that the businesses they purchase from and invest in demonstrate they are good corporate citizens. Brands take years to build, but can be destroyed in minutes, so airlines need to ensure they are mitigating the reputational risks associated with trafficking.

The good news is that many individual airlines have already launched anti-human trafficking initiatives, often as part of corporate social responsibility (CSR) or other and activities. But until recently, there had been no industry-level campaign. 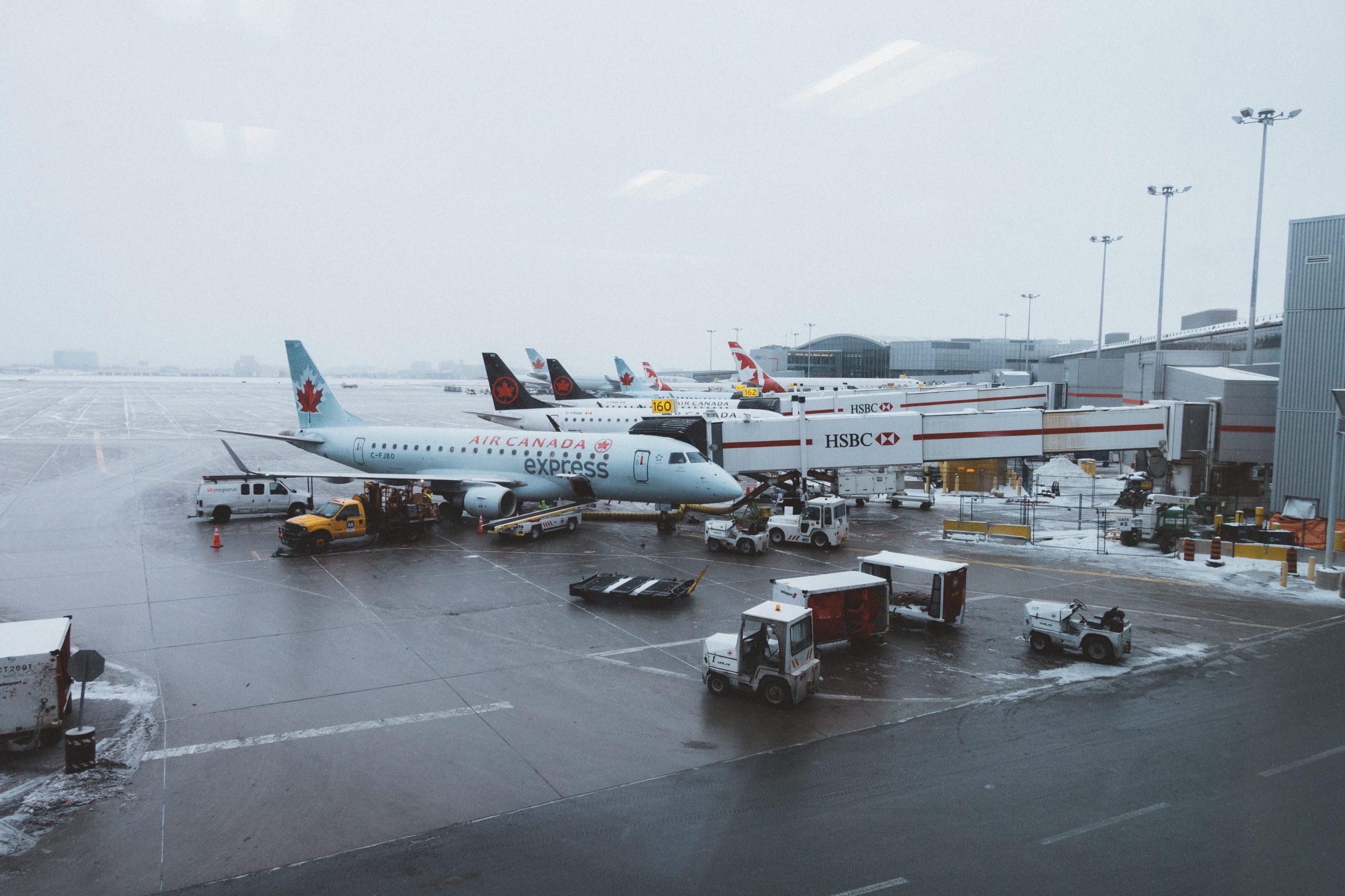 In June 2018, the International Air Transport Association’s (IATA’s) 280 airline members, which are responsible for 83% of global traffic, unanimously agreed on a resolution against human trafficking at its 74th Annual General Meeting in Sydney, Australia. The resolution denounces human trafficking and commits the airline industry to join the fight. This includes urging airlines to implement a policy on human trafficking and to train relevant staff in awareness and reporting.

IATA has also launched a specific campaign to ensure its member airlines are equipped to join the fight against human trafficking. First, it launched a general awareness campaign titled #Eyesopen aimed at airlines, their employees, and the traveling public. This includes an animated film and infographics, leaflets, and other resources that can be used to raise the profile of the issues.

Once airlines are aware of the extent and humanitarian consequences of human trafficking, they then need to know what specific actions they can take to make a difference. IATA has developed comprehensive airline guidance materials on policy development, training, and best practice to assist them.

Recognizing suspicions of human trafficking is a not a simple task, so it is essential staff are trained to spot the signs, together with their professional experience. This will help avoid cases of misidentification of innocent passengers. Comprehensive training materials are being created by IATA with input from experts. This ranges from complimentary e-learning training that airlines can implement quickly into their existing security or cabin crew training as well as more in depth modules and classroom-based training.

IATA recognizes that there is only so much the aviation industry can do to help prevent trafficking. However, it is committed to mobilizing the industry to join the fight. After all, as the case in Sacramento shows, the vigilance and professionalism of airline and aviation staff can save more people from becoming victims of this horrendous crime. In doing so, the aviation industry reinforces its message that it is indeed the business of freedom.