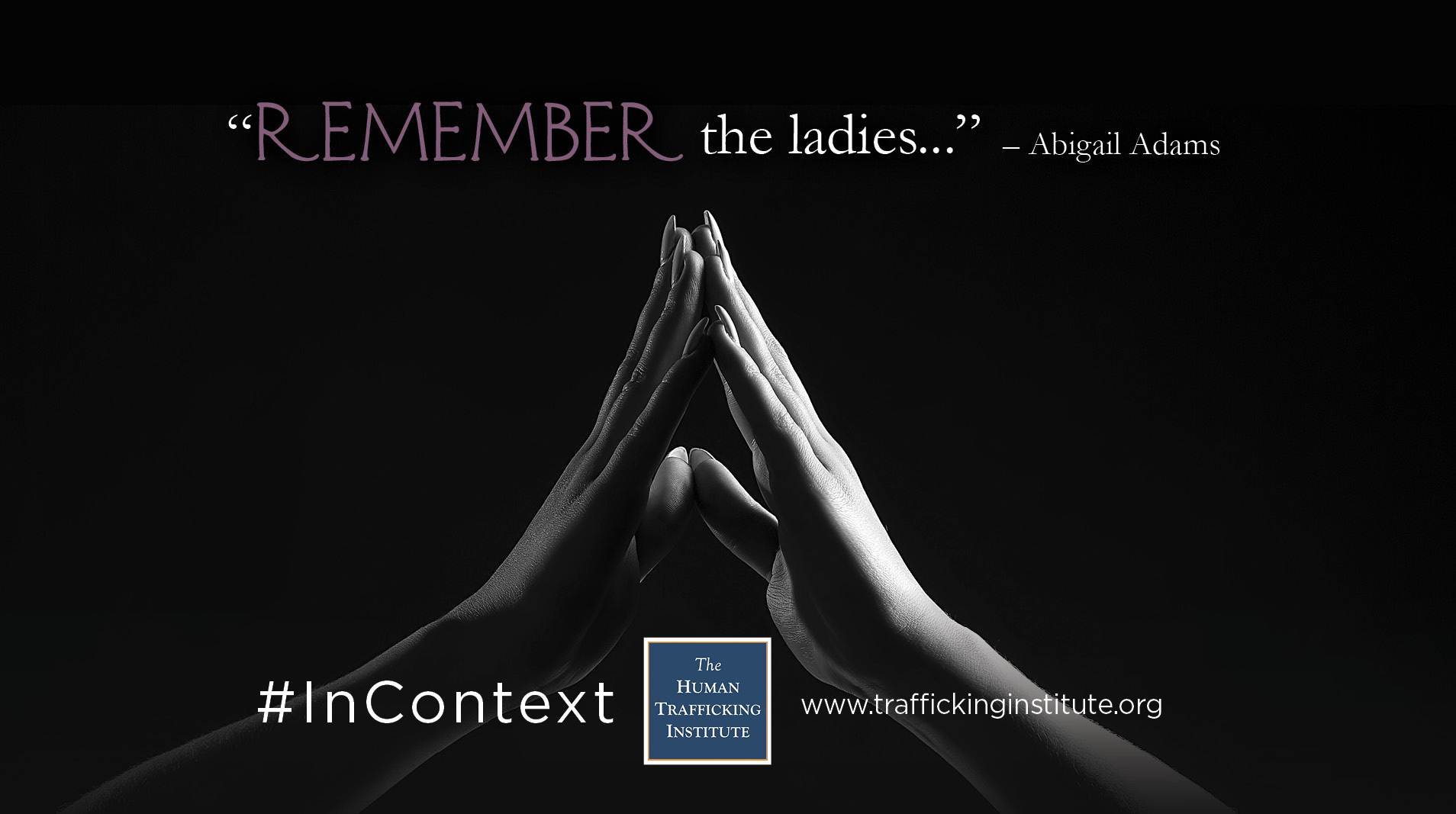 Hailed for her now-famous admonition that the Founding Fathers “remember the ladies” in their new laws, Abigail Adams was not only an early advocate for women’s rights, she was a vital confidant and adviser to her husband John Adams, the nation’s second president. She opposed slavery and supported women’s education.

Born to a prominent family in Weymouth, Massachusetts, on November 11, 1744, Adams’ father, Reverend William Smith, was part of a prestigious ministerial community within the Congregational Church. Her mother Elizabeth was a descendant of the Quincy family. Like many other women at the time, Abigail had no formal education, but she took advantage of the family’s library in order to master subjects that most women would never consider. She also joined her mother in tending to the poor and sick.

In 1764, Abigail married John Adams, a Harvard graduate who was beginning a law career. The couple moved to Adams’ farm in Braintree, south of Boston, and had three sons and two daughters. As her husband increasingly traveled as a lawyer, political revolutionary, and – after the Revolution – a diplomat, Abigail managed their farm and business affairs while raising the children. Although married women at this time had limited property rights, Adams began to refer to their property as hers. She also made investment decisions that enhanced the family’s prosperity.

From their earliest days of marriage, the couple began an extensive correspondence, which provides insight into the social and political climate of the Revolutionary and Early National periods in American history. In 1776, as her husband participated in the First Continental Congress in Philadelphia, Adams wrote her most famous letter to the Founding Fathers in which she implores them to “remember the ladies.” The future First Lady wrote in part,

“I long to hear that you have declared an independency. And, by the way, in the new code of laws which I suppose it will be necessary for you to make, I desire you would remember the ladies and be more generous and favorable to them than your ancestors.”

Though not quite the feminist manifesto that some historians have depicted the letter to be, Adams’ writing nevertheless shows her concern for greater protection for women under the new law, as well as access to formal education. She allied with Judith Sargent Murray’s efforts to expand women’s education because Adams, too, saw mothers as having a vital role in preparing their sons to be leaders in the new republic. Although John Adams did not necessarily take his wife’s letter seriously, he continued to seek her opinions on political and other matters. For five years, she traveled with him throughout Europe during his time as a diplomat. When he was elected president in 1797, Adams eagerly wrote to his wife, “I never wanted your advice and assistance more in my life . . .” An outspoken First Lady, Adams often defended her husband’s positions.

Nearly 150 years before the House of Representatives voted to pass the 19th Amendment giving women the right to vote, Adams’ letter was a private first step in the fight for equal rights for women. Recognized and admired as a formidable woman in her own right, the union of Abigail and John Adams persists as a model of mutual respect and affection. Their correspondence of over 1,000 letters written between 1762 and 1801 remains in the Massachusetts Historical Society and continues to give historians a unique perspective on domestic and political life during the Revolutionary era.

In 1800, the Adams became the first family to occupy the White House, after the capital moved from Philadelphia to Washington, D.C. When Adams lost his re-election bid in 1801, the couple retreated to Massachusetts, where Abigail maintained correspondence with political leaders including Presidents Thomas Jefferson and James Madison. Adams also worked for political advancement of her son, John Quincy Adams, though she would not live to see his election as president in 1824. Her grandson, Charles Francis Adams published Adams’ letters in 1848.

Today, it seems as though Adams’ advice has been taken to heart. More and more women are being educated, both in the United States and abroad. According to the World Bank and other international institutions, female education is good for economic growth. Countries that educate their girls reap the benefits of equality.

Human traffickers enslave their victims because cheap labor is more profitable for an individual business, but it is nevertheless true that the end of slavery would stimulate the world economy more than any other activity. Former victims and would-be victims would be free to use their fair wages on consumer goods, creating new ideas, and spurring innovation. When we choose to fight for justice and educate everyone, we are fighting for a more promising future.