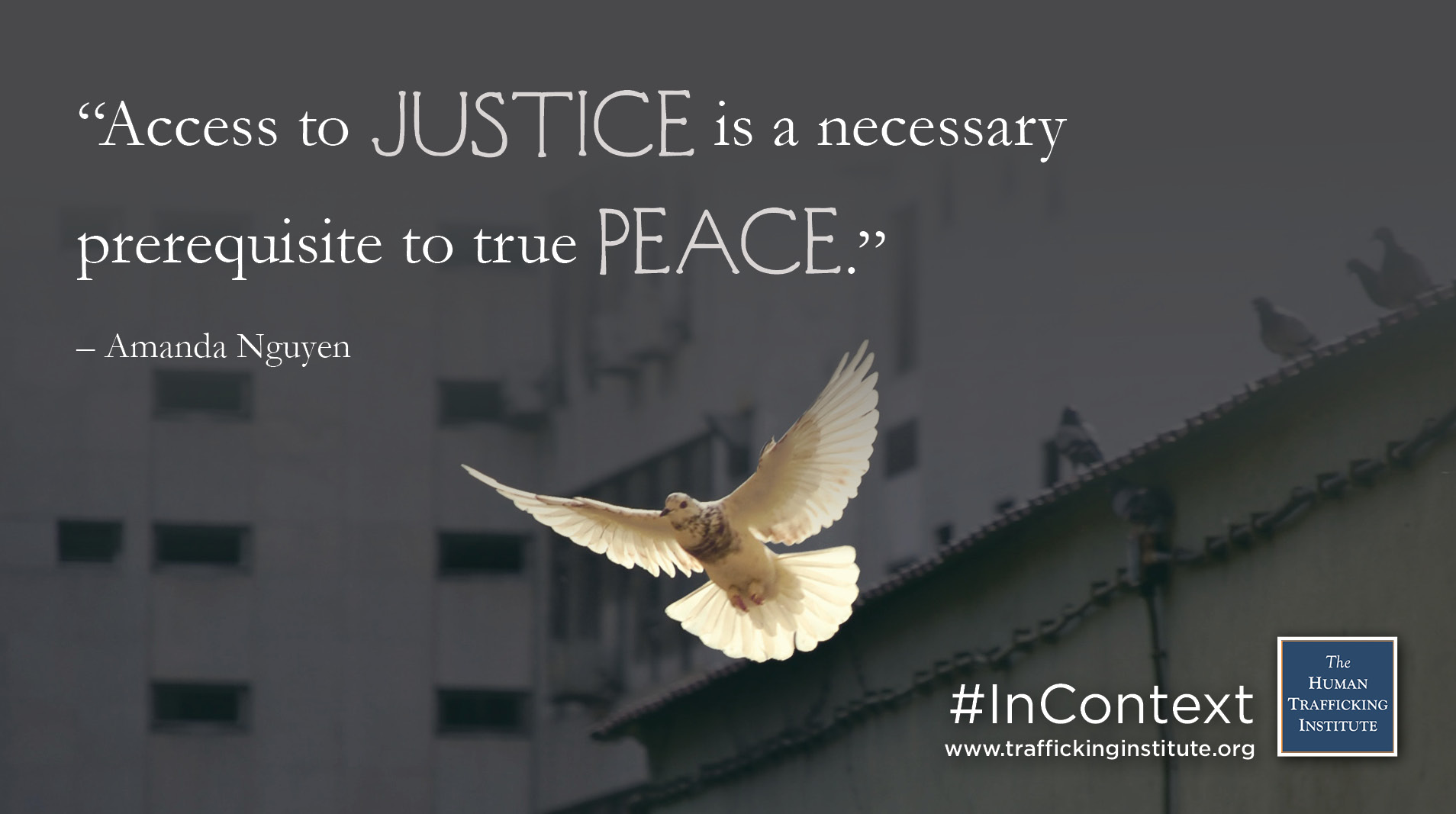 In 2013, Nguyen, a Harvard student studying government and astrophysics, was raped during her senior year of college. Similar to many survivors across the country, Nguyen was forced to go through great lengths every six months to ensure the preservation of her rape kit—the physical evidence collected after her sexual assault. According to Massachusetts law, rape kits could be destroyed after six months of retention despite the statute of limitations for rape being 15 years. As a consequence of this six-month clock, the criminal justice system essentially forced Nguyen to revisit the trauma she experienced twice a year, re-victimizing her and those similarly situated.

In her effort to figure out how to protect her rape kit from being destroyed, Nguyen discovered the inadequacy and inconsistency of protections afforded to sexual assault survivors. For many survivors, a viable path to justice seemed to depend on geographic location. In some states, rape kits could be disposed of as early as 30 days as the assault, resulting in the loss of crucial evidence imperative to a survivor’s access to justice. Confronted with such wanting legislative protection, Nguyen took on the responsibility of rewriting the law.

In 2014, Nguyen founded Rise, a national nonprofit organization committed to empowering sexual assault survivors through the protection of their civil rights. Together with the Rise team, Nguyen penned the Sexual Assault Survivors’ Bill of Rights. Among its provisions, the bill gives sexual assault survivors the right to access counseling, the right to be presented with a comprehensive overview of available legal options, and the right to know the location, status, and results of their rape kit. The bill also ensures the survival of the rape kit for the entirety of the statute of limitations. Keeping the survivors’ interests at the forefront, the bill makes these rights available to all survivors regardless of each survivor’s decision to report the crime or press charges against their rapist. In September 2016, the Sexual Assault Survivors’ Bill of Rights unanimously passed through both chambers of Congress, and shortly thereafter, President Obama signed the bill into law.

In 2018, Nguyen was nominated for the Nobel Peace Prize for her fearless activism and relentless advocacy on behalf of survivors. When asked about the nomination, Nguyen articulated that for the millions of individuals who have been sexually assaulted,

“access to justice is a necessary prerequisite to true peace.”

With the promulgation of the federal bill, no longer would Nguyen and survivors like her be subjected to a ticking clock of re-victimization. A route to justice became more attainable and the achievement of peace more realistic.

A tireless champion for survivors, Nguyen has not ceased in her efforts to enable survivors to acquire their peace. With 14 states passing legislation aimed at the protection of sexual assault survivors, Nguyen and her team are well on their way to seeing versions of the Sexual Assault Survivors’ Bill of Rights passed in all 50 states. Moreover, Nguyen aims to have sexual assault survivors’ rights recognized around the world through passage of the bill of rights resolution in the United Nations. Through her efforts, Nguyen has effectively communicated the truth that “no one is powerless…[N]o one is invisible when we demand to be seen.”

Despite being subjected to a heinous crime and being confronted with a broken criminal justice system, Nguyen persisted in finding a meaningful solution. By penning the Sexual Assault Survivors’ Bill of Rights into law, Nguyen was able to write a path to justice for herself and for 32 million other survivors. In empowering survivors with the opportunity to acquire justice, Nguyen also provided them with the first real opportunity to achieve peace.

Nguyen’s story stands for the truth that every person has the ability to create meaningful and lasting change in society. Moreover, Nguyen’s experience teaches us that we can and should empower others by elevating their voices above the static of injustice.