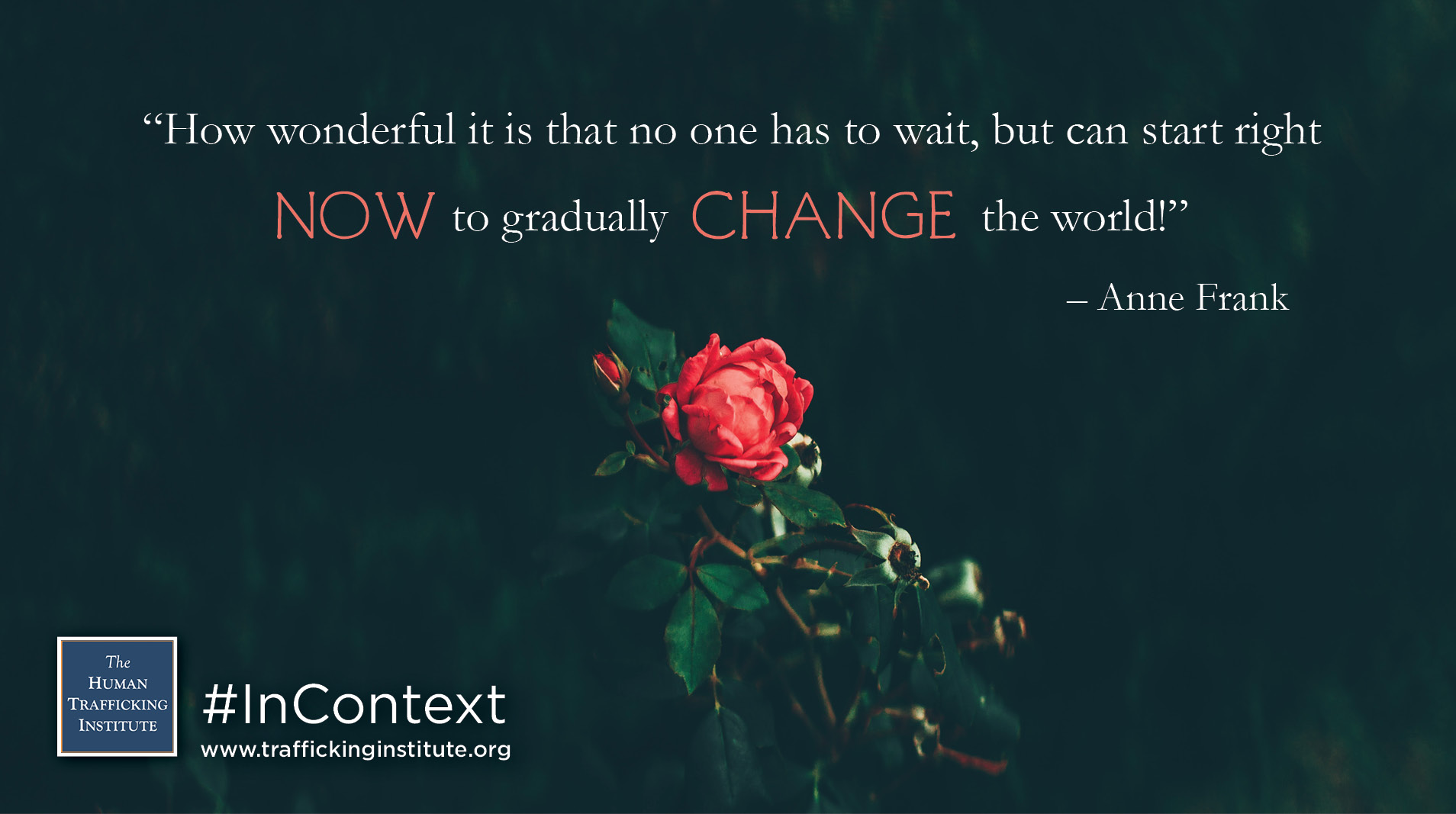 One of the most notable authors of the 20th century, Anne Frank has become a voice for the millions of victims of the Holocaust through her diary. The account of her 25 months in hiding during the Nazi invasion of the Netherlands has come to symbolize the human cost of war and the struggle to find hope in the face of hatred and injustice.

In her short 15 years, Anne Frank displayed an incredible maturity and capacity for compassion. This is evidenced not only in her diary, but in several essays Frank penned during her time in hiding. Frank wrote one such essay, entitled Give!, on March 26, 1944, only months before her family was discovered.

In Give!, Frank criticizes society for dehumanizing the poor. She questions why beggars are judged for their appearance and consequently treated as “inferior being[s].” She also wonders why people do not take the time to empathize with the plight of those in poverty. In the essay, Frank unequivocally recognizes the inherent equality of all individuals and urges society to be more generous with not only their possessions but also with their kindness. She notes that it costs so little to extend kindness to another person but the value of that gesture is priceless. Moreover, Frank believed the kindness we extend to one another is contagious, trusting that such actions would eventually lead to a world where everyone is treated with equal dignity and humanity.

In imploring others to create a more caring and just world, Frank expressed hope in the idea that each person plays a small but vital role in affecting change. She stated: