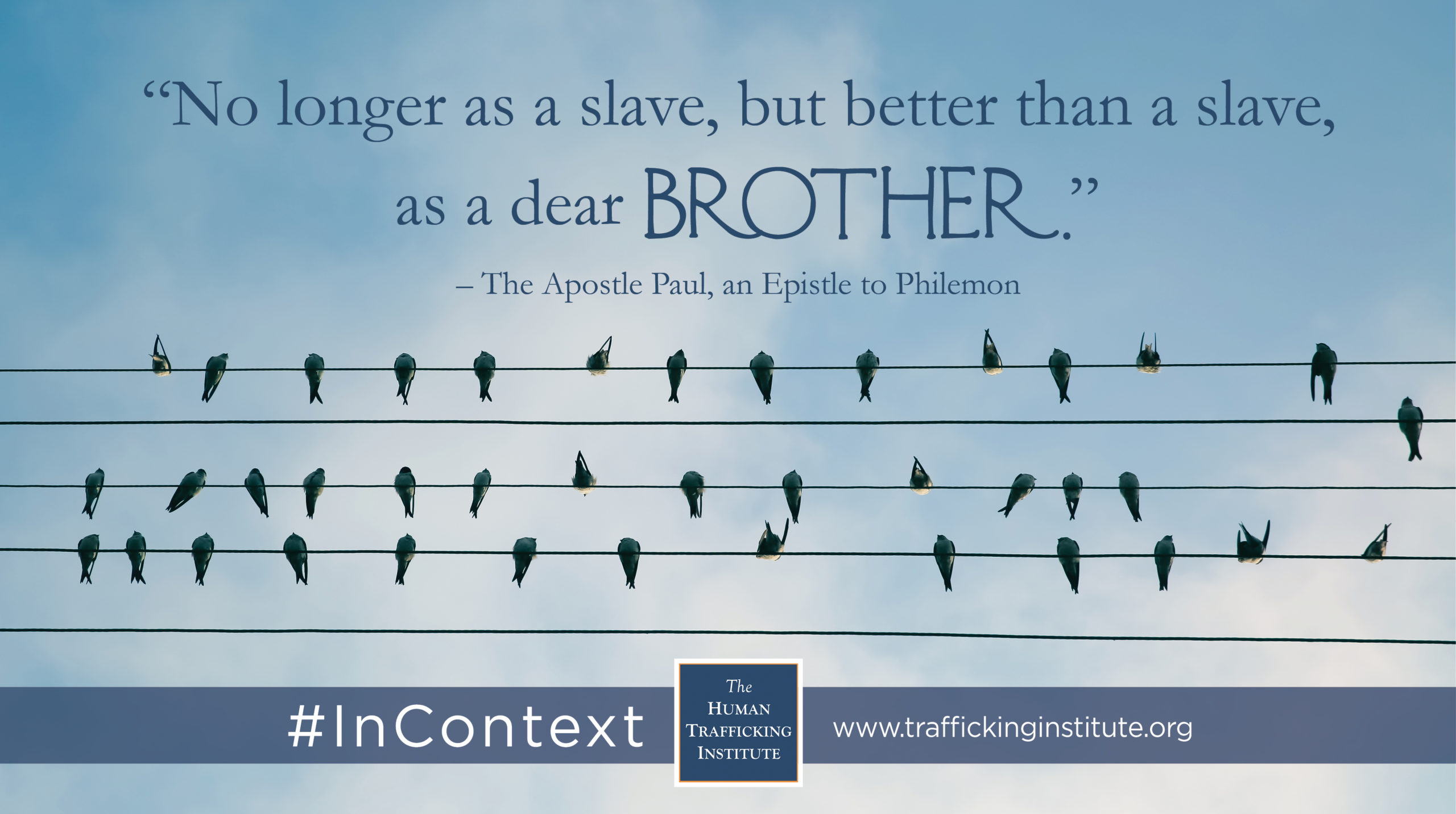 In ancient Rome, slavery was common, and running away from your owner was punishable by death. A man named Onesimus did just that in the first century AD when he escaped from his master, Philemon. He managed to travel hundreds of miles from the city of Colossae (modern day Turkey) to the city of Rome, where the Apostle Paul was in prison.

Paul wrote multiple letters while he was in prison, typically addressed to entire churches that he had started in the cities he had visited. The New Testament books of Ephesians, Philippians and Colossians are understood to be such letters. The slave owner Philemon was actually a member of the church of Colossians, and yet Paul writes a short additional letter directly to him about his runaway slave Onesimus. Who would deliver this letter while Paul was in jail? None other than Onesimus himself.

How could Paul send a runaway slave back to his owner in good conscience? Well, Paul’s letter to Philemon is designed to persuade the owner not only to spare Onesimus, but to take him back “no longer as a slave, but better than a slave, as a dear brother.” The letter begins with a warm greeting “To Philemon our dear friend” (Philemon v. 1) and some flattery of Philemon as a good religious man, “I always thank my God as I remember you in my prayers, because I hear about your love for all his holy people …” (vv. 4-5). Paul later makes clear that he also cares deeply for Onesimus, “I appeal to you for my son Onesimus, who became my son while I was in chains” (v. 10). Paul, Philemon, and Onesimus are all Christians, which in Paul’s eyes ought to make them like family, and therefore equals. As he wrote in another letter, “There is neither Jew nor Gentile, neither slave nor free … for you are all one in Christ Jesus” (Galatians 3:28).

Paul believes he has religious authority he could use on Philemon to “order you to do what you ought to do” (v. 8), but instead he appeals to Philemon “on the basis of love” (v. 9). We don’t know how this particular story ends. We don’t know if Onesimus and Philemon became friends and equals, or if Onesimus was put to death by Philemon, or something in between. But from the letter, it is clear that Paul trusts Philemon to do the right thing: “Confident of your obedience, I write to you, knowing that you will do even more than I ask (v. 21).” Paul appealed to the compassion and conscience of the wrongdoer. He felt that, regardless of the Roman law, the moral law was abundantly clear.