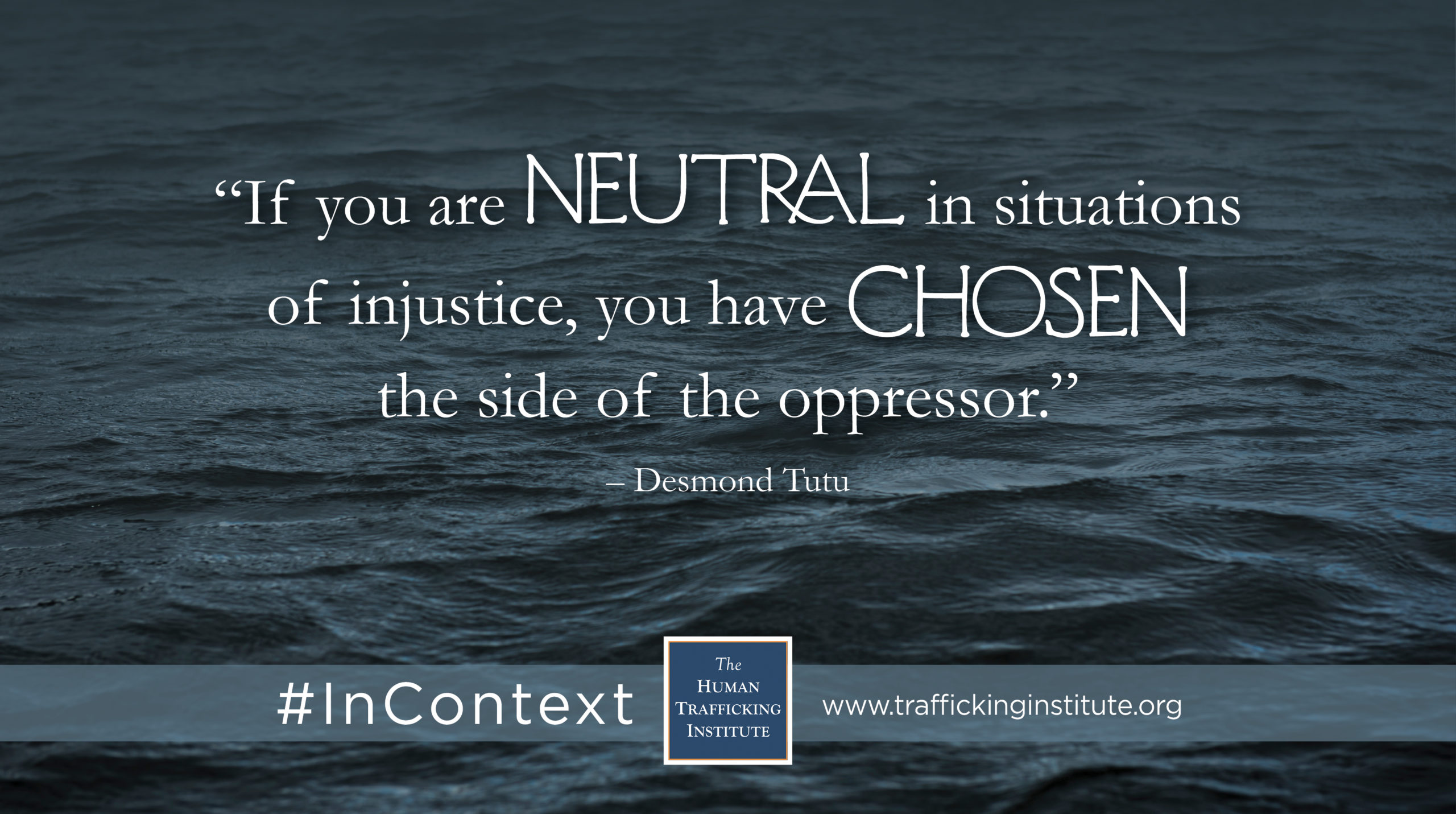 Archbishop Emeritus Desmond Mpilo Tutu, a Nobel Peace Laureate, rose to worldwide fame in the 1980s as an opponent of apartheid in South Africa. Tutu was born in Klerksdorp, Transvaal, and was the second of four children of Zacheriah Zililo Tutu, a teacher, and Aletta Tutu, a cleaner and cook at a school for the blind.

Tutu began his career following in his father’s footsteps – he trained as a teacher at Pretoria Bantu Normal College and then graduated from the University of South Africa in 1954. However, after three years as a high school teacher, Tutu began studying theology. In 1960, he was ordained as a priest. In 1975, he was appointed Dean of St. Mary’s Cathedral in Johannesburg, where he was the first black to hold this position. From 1976 to 1978, he was Bishop of Lesotho, and in 1978, became the first black General Secretary of the South African Council of Churches.

During the 1970s, Tutu was becoming a prominent leader in the crusade for justice and racial conciliation in South Africa and one of the world’s leading moral voices and activists for ending institutionalized oppression. In 1984, he received the Nobel Peace Prize in recognition of his extraordinary contributions to the cause, and in 1986, Tutu was elevated to Archbishop of Cape Town, where he did much to bridge the chasm between black and white Anglicans in South Africa. In 1995, President Nelson Mandela appointed Tutu Chairman of the Truth and Reconciliation Commission, a body set up to probe gross human rights violations that occurred under apartheid.

Tutu witnessed how being neutral in South Africa was a partial reason for the continued strength of the apartheid system. Freedom fighters struggled for decades before the international community stepped out of “neutral policies” and denounced South Africa’s apartheid state. However, even then, many nations advocated for gradual reforms from the government instead of supporting the movement demanding the realization of the Freedom Charter and the overthrow of colonialist institutions.

It was during this time that Tutu said, “If you are neutral in situations of injustice, you have chosen the side of the oppressor. If an elephant has its foot on the tail of a mouse and you say that you are neutral, the mouse will not appreciate your neutrality.” A concept Robert McAfee Brown explores in his book, Unexpected News.

South Africa reduced its levels of repression only when committed groups and individuals took a strong stand for the values of justice for all people. This is the call for all those fighting human trafficking today. It will take us standing up and joining together to fight for justice for all.