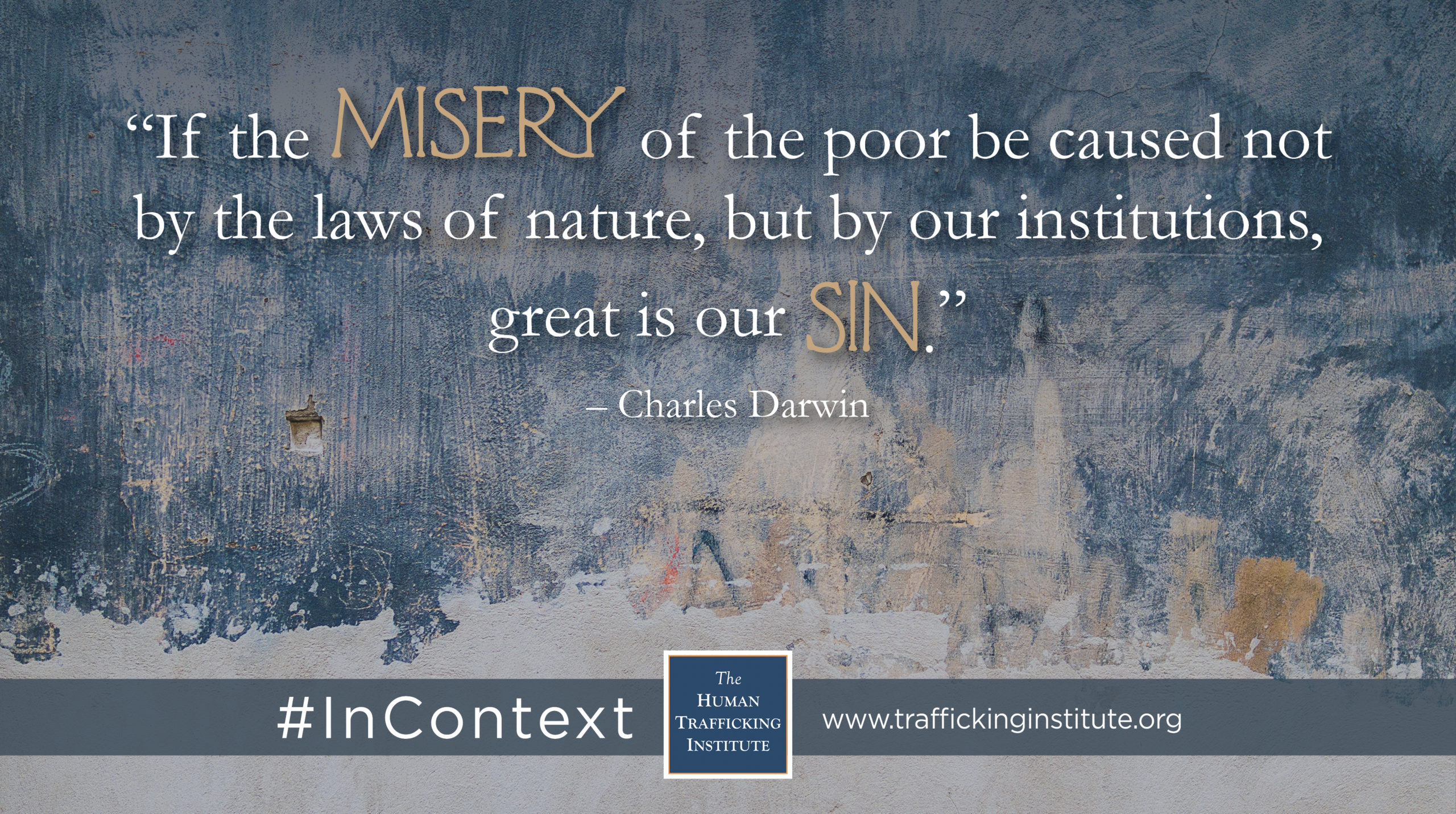 Charles Darwin invented the theory of evolution by natural selection. How was it that a man born into a Christian family and trained as a clergyman at a conservative university came to develop a theory that not only challenged the religious view of creation but altered the Western world’s understanding of human identity?

Though Darwin grew up as a churchgoer in Victorian era England, he also grew up in a family of free-thinkers. His grandfather, Erasmus Darwin, published a book called Zoonomia, which described the theory of transmutation: a version of evolution in which one species becomes another. Charles studied other theories of transmutation during his teenage years as a medical student at Edinburgh University.

Too squeamish to be a doctor in an age without anesthetic, Darwin transferred to Cambridge’s School of Divinity. He professed fairly orthodox Christian views on religion, yet perhaps spent more of his time at Cambridge collecting beetles than studying theology. His true passion was biology. So, when a professor suggested that he travel the world on the HMS Beagle after graduation, he couldn’t say no.

The Beagle voyage lasted five years and included landings on four different continents, including the famous stop on the volcanic Galapagos Islands where Darwin could see changes occur in successive generations of finches and other creatures. As the theory of evolution by natural selection slowly took shape in Darwin’s mind, he struggled. Was this theory true, despite the fact that it seemed to contradict his Christian principles? Should he publish it, though it might ruin his reputation and spark deep unease in his society?

The decision was taken out of his hands when a colleague discovered the principle of natural selection at the same time. In 1858, Darwin presented his theory of evolution by means of natural selection to the Linnaean Society, Britain’s most prestigious society of natural history. The next year he published the great classic, On the Origin of Species.

In The Descent of Man, Darwin explained that humans share an ancestor with apes and that we are just another species among billions created by the constant process of “survival of the fittest.” Yet it was Darwin’s contemporaries who began to draw ethical conclusions from his scientific ideas, applying natural selection to politics, sociology, and economics to create an elitist philosophy called Social Darwinism. Philosopher Herbert Spencer and others theorized that the human races were like species, that some of them were less “fit” than others, and that it was therefore proper for such people to live poorer, less dignified, less powerful lives. These illogical leaps were not inherent in Darwin’s original findings, yet they were appealing to a wealthy white European society who needed moral justification for the global oppression that fed their power.