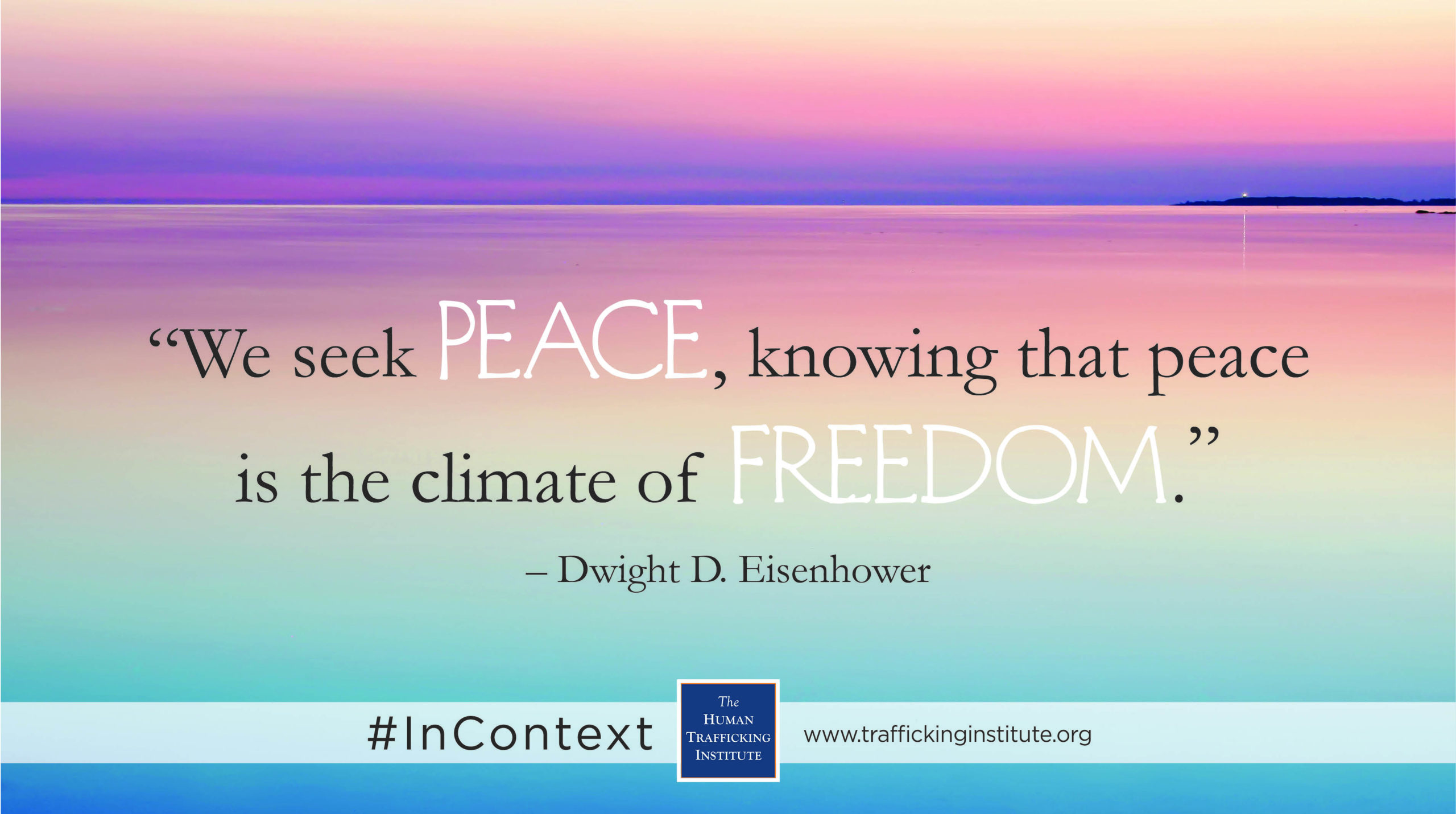 The Cold War was in full swing when Dwight D. Eisenhower was elected president of the United States for the second time. Soviet tanks had violently smothered Hungarian protesters months before the election, which Eisenhower mentions in his second inaugural address in January 1957, “Budapest is no longer merely the name of a city; henceforth it is a new and shining symbol of man’s yearning to be free.”

As the oppressive Soviet government asserted itself throughout Eastern Europe, Eisenhower reminded Americans that events across the Atlantic could not be ignored. As the United States enjoyed its prosperity, the people of other nations struggled for freedom. They needed help. “This [America] is our home — yet this is not the whole of our world. For our world is where our full destiny lies — with men, of all people, and all nations, who are or would be free. And for them — and so for us — this is no time of ease or of rest.”

The main thrust of Eisenhower’s inaugural address matched the sentiment of earlier president Abraham Lincoln when he said, “Those who deny freedom to others deserve it not for themselves.” Yet whereas Lincoln referred to slavery within the borders of the United States, Eisenhower applied this idea internationally, calling on democratic states to band together under the United Nations to resist injustice across the globe. “There must be law,” said Eisenhower, “steadily invoked and respected by all nations, for without law, the world promises only such meager justice as the pity of the strong upon the weak.” He goes on to say that the United States must “strive to fortify the authority of the United Nations. For in that body rests the best hope of our age for the assertion of that law by which all nations may live in dignity.”

It is only in the midst of lawless chaos that oppressors find a foothold. Eisenhower identifies the uncertainty and instability following World War II as the perfect window of opportunity for a Communist takeover. “It strives to capture — to exploit for its own greater power — all forces of change in the world, especially the needs of the hungry.”

Since Eisenhower’s time, the United Nations has indeed grown in size and influence. It has established international statutes against human trafficking, which the vast majority of nations have enshrined in local law. Yet chaos and instability are still a norm in many poor nations, and vulnerable individuals are exploited despite the laws. The United States is still prosperous. So we still have a duty. To extend peace so that freedom can be realized across the globe. As Eisenhower said,

“We seek peace, knowing that peace is the climate of freedom.”