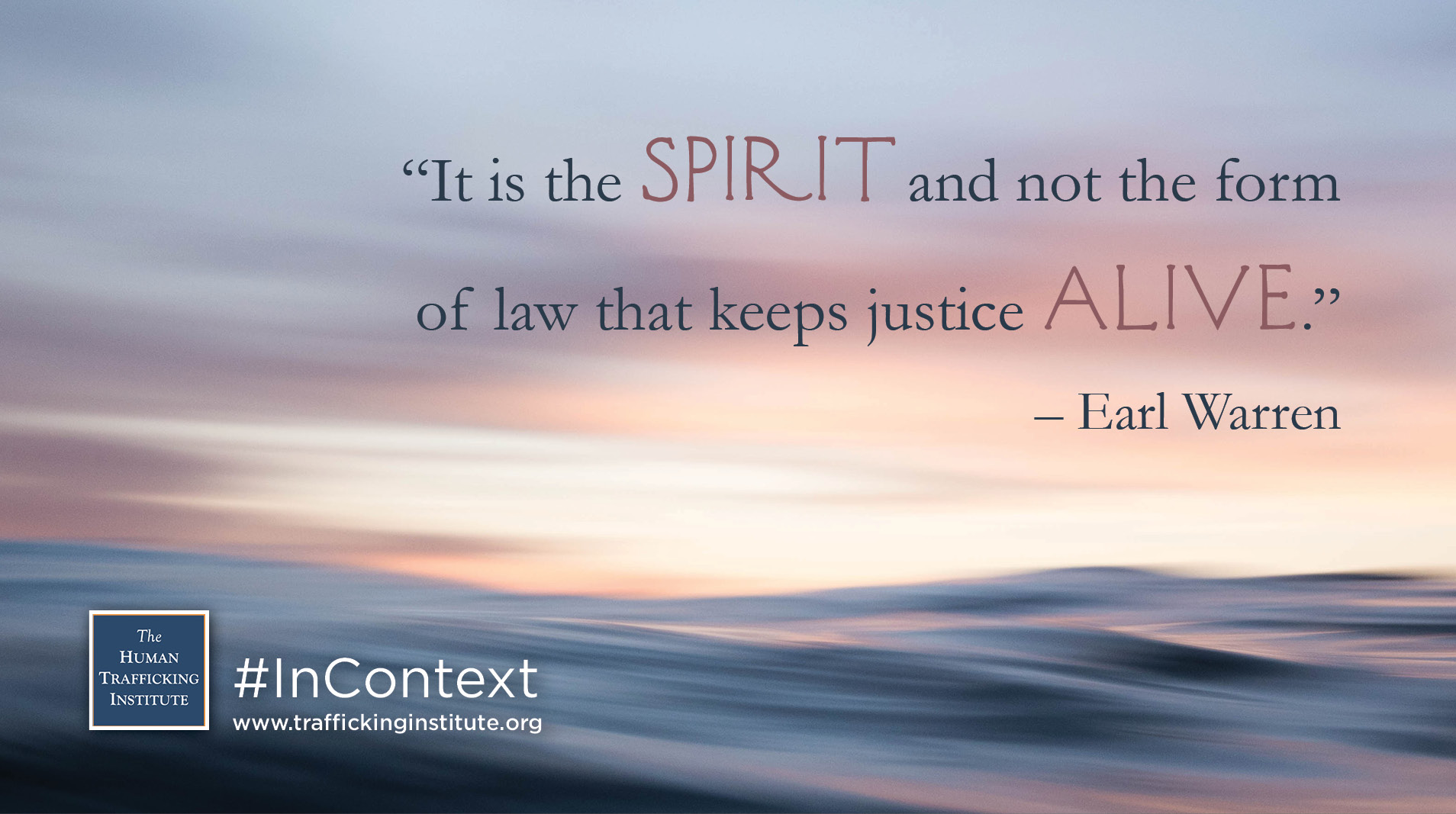 Earl Warren may not be a household name, but the effects he had on our country are felt to this day. Born to a Norwegian and Swedish immigrant in Los Angeles, California, on March 19, 1891, Warren early on developed an appreciation for hard work. His father, an employee at the Southern Pacific Railroad Company, was no stranger to the bullying of a large company, and these experiences helped develop his sense of justice and more liberal policies. He grew up in Bakersfield, California, where listening to local court cases contributed to his interest in law. He obtained both his undergraduate degree in 1912 and his law degree in 1914 from the University of California Berkeley. After working in private law offices from 1914-1917, he enlisted in the army to fight in World War I, where he served one year stateside. This experience was the beginning of his career in public service that would span almost 50 years.

At the age of 29, Warren became deputy district attorney for California’s Alameda County, home to both San Francisco and Oakland. In 1926 and at the age of 35, he was elected district attorney of Alameda County. He served in this position until 1939, and it was during this time he developed a promising political reputation. After a successful election appointing him California’s Attorney General in 1939, Warren gained confidence to run for California governor. He was elected in 1942 and served until 1953. Although a Republican, he won the Democratic, Republican, and Progressive primaries in the 1946 election and is still the only California governor to have been elected for three consecutive terms.

His widespread appeal came from the fact that he was fiscally conservative and socially liberal, although he also supported more conservative social issues such Japanese internment camps during World War II. Warren later regretted this stance, writing in his memoir, “When I thought of the innocent little children who were torn from home, school friends, and congenial surroundings, I was conscience-stricken … It demonstrates the cruelty of war when fear, get-tough military psychology, propaganda, and racial antagonism combine with one’s responsibility for public security to produce such acts.”

In 1948, he set his political aspirations higher than California and ran as vice president to Thomas Dewey as a Republican candidate for president. Despite this loss to Harry S. Truman, it did not stop him from running as a Republican presidential nominee in 1952, which he lost to Dwight D. Eisenhower in the primary. Despite the loss, there wasn’t ill will between the two, and as a favor to Warren for campaigning for him in the general election, Eisenhower promised Warren a future nomination to the U.S. Supreme Court if he won the presidency.

With Eisenhower’s election win in 1952, and the death of Chief Justice Fred Vinson in 1953, a spot for Warren opened on the court. Soon after Warren’s appointment, he made one of the most influential decisions of his career with Brown v. Board of Education (1954), which desegregated public schools. He delivered the opinion of the court, penning the famous words, “We conclude that in the field of public education the doctrine of ‘separate but equal’ has no place. Separate educational facilities are inherently unequal.” He further advanced racial equality through Loving v. Virginia (1967), which officially made interracial marriage legal. Other notable cases include Baker v. Carr (1962), which allowed the federal government to intervene in redistricting, and Miranda v. Arizona (1966), which developed the precedence of reading “Miranda Rights” to a person taken into custody. His opinions further influenced the public when he wrote for Fortune Magazine in November 1955 in an article titled, “The Law and the Future.” In it, he wrote:

“Americans have one of the greatest legal systems, but not a monopoly of the sense of justice, which is universal; nor have we a permanent copyright on the means of securing justice, for it is the spirit and not the form of law that keeps justice alive.”

While Warren was on the U.S. Supreme Court, he also oversaw the investigation into John F. Kennedy’s assassination. Known as the Warren Commission, the report stated that Lee Harvey Oswald acted alone and there was no larger conspiracy, although some still disagree with this finding.

Chief Justice Warren decided to retire when he believed Richard Nixon, a man he disliked, would be elected president. His lasting wish was that the Court be remembered as “the people’s court.” After his retirement in 1969, he spent the last five years of his life writing, including his memoir, The Memoirs of Chief Justice Earl Warren, which was published after his death in 1974. Although Warren occupied a variety of governmental positions, his goal in each was the same— to fight injustice, restore integrity, and initiate progress.