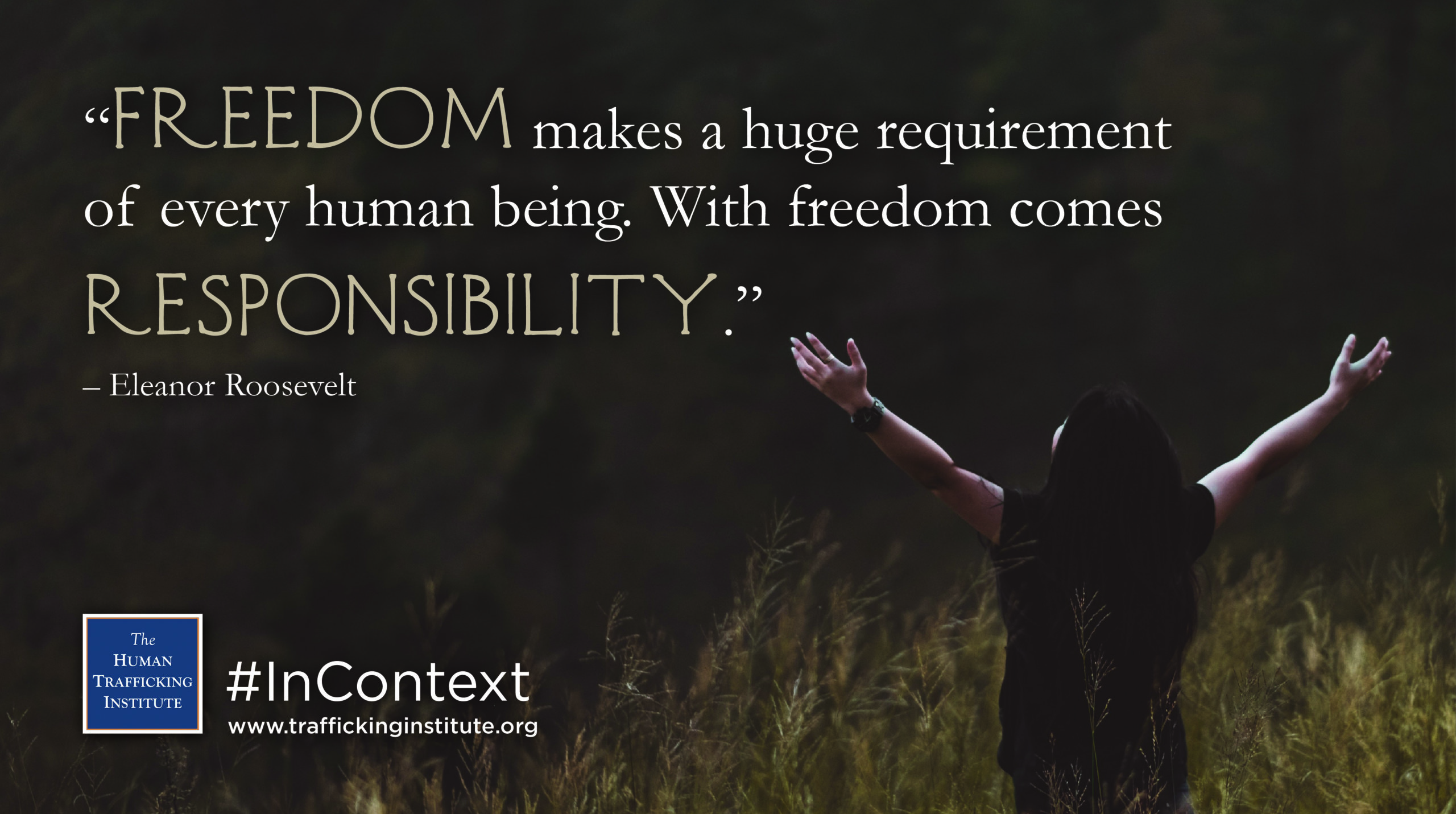 Anna Eleanor Roosevelt, niece of Theodore Roosevelt, was born to prominent parents in New York City on October 11, 1884. Her family life was complicated, with an alcoholic father and disapproving mother who criticized her appearance and seriousness. Both of her parents died before she was 10, leaving her in the care of her grandmother. At 15, Roosevelt was sent to attend an all-girls boarding school in England and came home to enter into society at age 18. Already, she participated in community service and taught at a settlement home. She then married Franklin Delano Roosevelt, her fifth cousin, in 1905 at the age of 21.

For the first 10 years of their marriage, Roosevelt gave birth to six children, five of which survived into adulthood. Despite her busy home life and responsibilities with her husband’s career, Roosevelt volunteered with the American Red Cross during World War I and maintained an active community presence, even after finding out that her husband was having an affair. Franklin Roosevelt refused to divorce Eleanor due largely to the insistence of his mother that they stay married. However, he remained unfaithful to her with other women throughout their marriage.

After FDR was diagnosed with polio, Eleanor became more active in politics. She not only cared for her children and ran her husband’s political career, but also managed to have her own career becoming active in the League of Women Voters, Women’s Trade Union League, and the Democratic party in New York as well as teaching school and helping start a non-profit called Val-Kill Industries teaching people craftsmanship skills so they could support their families.

In 1933, during the Great Depression, FDR was elected president and Eleanor served as First Lady for the next 12 years. She was strong-willed in insisting upon equal rights for women, minorities, and the poor. When the Daughters of the American Revolution didn’t allow African American singer Marian Anderson to perform, Roosevelt withdrew her membership. She continued to draw attention for her controversial actions. She was the first First Lady to hold her own press conference, allowing only female reporters to attend. As her husband suffered limitations due to his illness, she often traveled around the United States for him to gauge public opinion, check on programs, and speak. The public was so fascinated by Eleanor, she wrote a daily newspaper column called “My Day,” which detailed her daily activities and thoughts and continued writing it until her death.

After her husband’s death in 1945, Eleanor continued to advocate for human rights. Following the trauma of World War II, President Harry Truman appointed her as a delegate to the United Nations. She served as chairman of the Human Rights Commission and was the main author of the Universal Declaration of Human Rights, the first international human rights law that set the stage for acts such as the International Convention on the Elimination of All Forms of Racial Discrimination (ICERD), the International Covenant on Civil and Political Rights (ICCPR), and the Convention on the Rights of the Child. Though she resigned at the end of Truman’s term so the new president could appoint his own ambassador, she continued to remain active with the UN and returned to leadership under John F. Kennedy in 1961. She authored many books including an autobiography, You Learn by Living (1960), in which she states:

“Freedom makes a huge requirement of every human being. With freedom comes responsibility.”

Her life was a reflection of this statement, as she fought to liberate herself and others, using her position to stand up for those who could not. She passed away November 7, 1962, and is buried with her husband in Hyde Park, New York, near their family home.

It is estimated that 71% of human trafficking victims worldwide are women and children, two groups Eleanor advocated for politically and personally. She defied the prominent cultural stereotype of the “woman behind the man” by becoming a powerful humanitarian and influential figure worldwide. As we continue to fight the human trafficking industry that largely preys on the vulnerabilities of the marginalized, we are inspired by Eleanor Roosevelt’s compassionate spirit, fierce independence, and strong convictions.