Fannie Lou Hamer was born on October 6, 1917, to Mississippi sharecroppers. She was the youngest of 20 children. At the young age of six, she began helping her parents in the fields and grew up amid poverty and racial exploitation. She married Perry Hamer in 1944, and worked as a sharecropper on a Mississippi plantation owned by B.D. Marlowe. In 1961, Mrs. Hamer was subjected to a “Mississippi appendectomy” — forced sterilization while undergoing surgery to remove a uterine tumor.

While Ms. Hamer only received a sixth-grade education, in 1962 at 44 years old, Ms. Hamer became a civil rights activist — inspired by a civil rights activists James Forman of the Student Non-Violent Coordinating Committee (SNCC) and James Bevel of the Southern Christian Leadership Conference (SCLC). Infuriated by the suppression of African American votes, she began volunteering with the SSNCC in challenges to racially exclusive voter registration procedures. But when she attempted to register to vote she failed — because of a literacy test. And, as a result, she was fired from the plantation, though her husband was required to stay to work the harvest. Marlow also seized much of the Hamers’ property.

In 1963, she successfully became a registered voter and continued her civil rights activism. She participated in a sit-in in Winona, Mississippi, where she was arrested and viciously beaten. She suffered lifelong injuries from this beating, including a blood clot in her eye, kidney damage, and leg damage.

In 1964, her national profile took off after she co-founded the Mississippi Freedom Democratic Party (MFDP) and  took on the local Democratic Party for blocking African American participation. She petitioned the Democratic National Convention to be recognized as the official delegation. She gave a speech before the Credentials Committee arguing for mandatory integration of state delegations to the Convention. In a move that ultimately backfired, this speech was not broadcast, as live coverage pivoted to President Lyndon Johnson’s strategically timed press conference. Yet, her speech was televised later and had a broader audience than it would have if it was televised live. Her speech detailed the violence and injustice that civil rights activists were subjected to, including her own experiences with violence. President Johnson insisted the MFDP not be seated — and the MFDP rejected the two-at large seats that were offered on the condition they would not be given to Fannie Lou Hamer. But Hamer’s fight didn’t end there. In 1968, she served as a member of Mississippi’s first integrated delegation.

In 1964, Ms. Hamer also helped to organize “Freedom Summer,” which mobilized hundreds of black and white college students to assist in African American voter registration efforts in the South. She also announced her candidacy for the Mississippi House of Representatives. She was ultimately prevented from being put on the ballot. And the following year, in protest of the Mississippi election, she became one of the first women to run for the U.S. Congress.

In 1971, Ms. Hamer assisted in the founding of the National Women’s Political Caucus. On the occasion of the founding in Washington, D.C. on July 10, 1971, Fannie Lou Hamer gave a speech. In her speech, she touched on a variety of themes. She spoke about the importance of recognizing difference and unity in social movements. She continued by talking about how the country would be different if women were not disempowered. She noted the need for social change and the importance of rising to the moment. She then turned to the United States’ historical problems and recalled the constitutional provision “with the people, for the people, and by the people.” She stated that that idea made her laugh — “because it’s not true; it hasn’t been true.” It was not true in 1788. It wasn’t true in 1971. And it isn’t true in 2022. And part of the reason this is not true is because “what we have today [is] a divided, sick nation.”

The Human Trafficking Institute recognizes the need for “some changes in this country.” HTI is committed to advocating for “changes for liberation of all people — because nobody’s free until everybody’s free.” And HTI is committed to doing so in ways that require overcoming differences, because as Mrs. Hamer recognized, when you bring a diverse group together around what that diverse group shares, you “become one hell of a majority.” The anti-trafficking movement faces its fair share of differences, but if we can find ways to come together, we can effectively fight for all to be free. 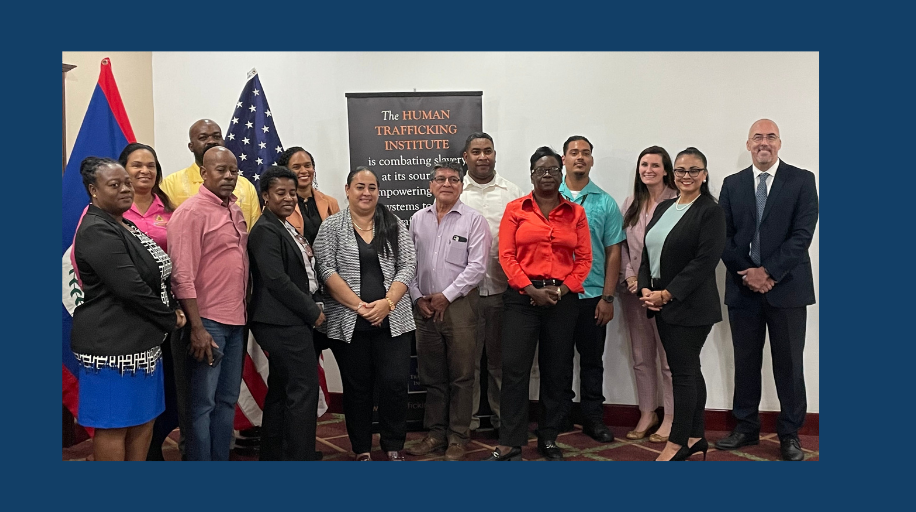