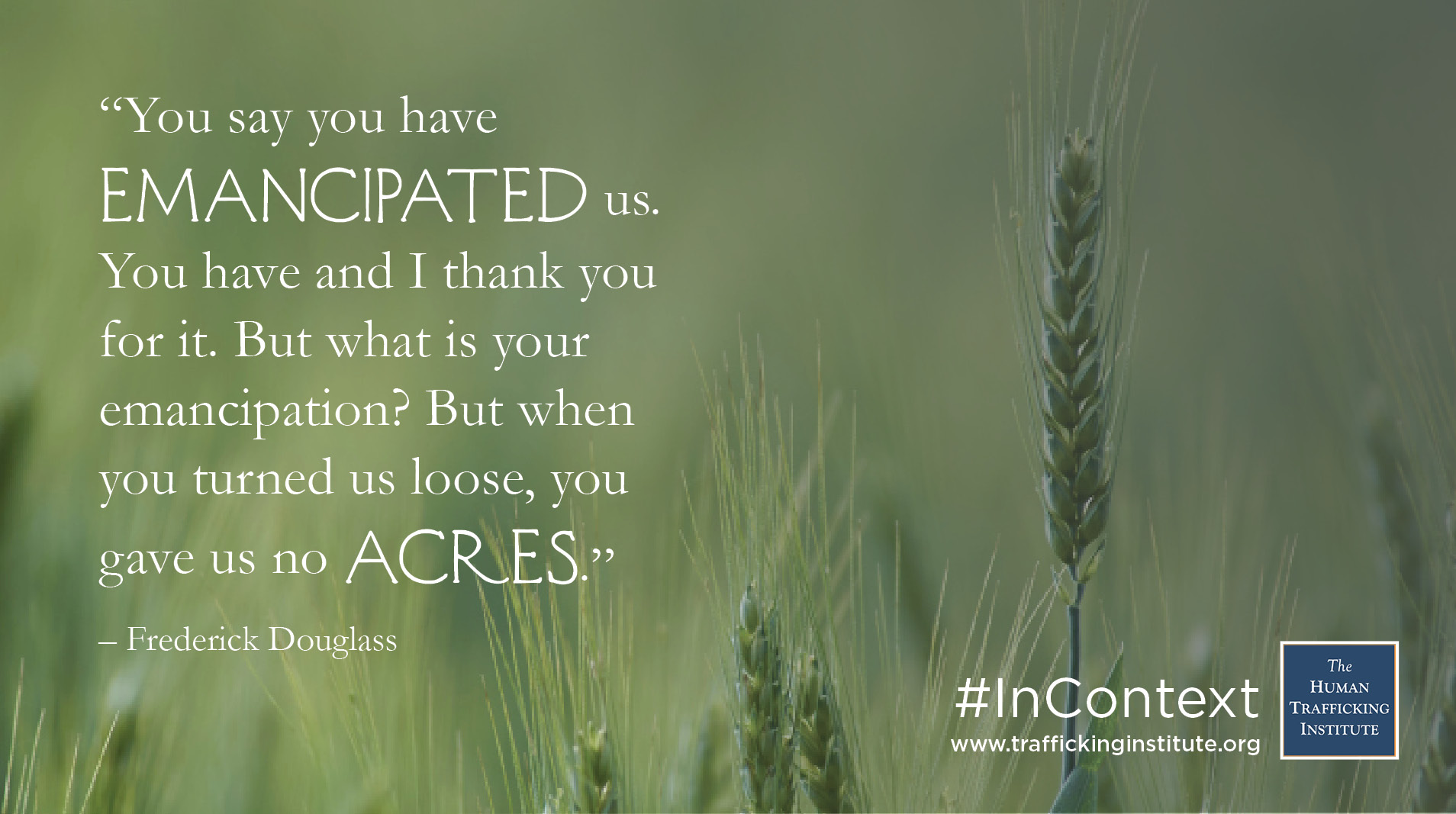 On May 25, 2020, George Floyd was killed by a Minneapolis police officer who knelt on his neck for more than eight minutes. Floyd’s death sparked outrage across the United States. Activists used their platforms to think critically about the American status quo and the harm it inflicts on Black and Brown people. This conversation swelled around the Fourth of July, as many Americans prepared to celebrate Independence Day. Yet in the midst of social uprising around the mistreatment of Black Americans in 2020, many asked, how can we celebrate the signing of the Declaration of Independence, a document enshrining the American promise that all men are created equal, when Black people in America remained enslaved in 1776?

Almost two centuries earlier, in 1852, Frederick Douglass asked the same question. As an abolitionist and social reformer, Douglass was often asked to address conventions and crowds. He was invited in 1852 by the Ladies Anti-Slavery Society of Rochester, New York, to give a celebratory speech at Corinthian Hall to the community of Rochester during the annual commemoration of the Fourth of July. Instead of praising Independence Day however, he demanded that citizens think critically about the history of this holiday. Unbeknownst to many, Douglass chose to give his now historic speech on July 5th and would continue to give modified versions of this speech every July 5th for over 20 years.

Addressing that first crowd of around 600, Douglass notably outlined the irony of the national celebration; the irony of asking him—a man who was enslaved until he bought his freedom in 1847—to commend such an event. The speech was especially controversial because the United States was divided about the future of slavery in 1852, and while Douglass recognized the Declaration of Independence signers as having an extraordinary vision, he also identified the hypocrisy of the document and of the Fourth of July celebrations. His contentions in 1852 are eerily applicable to the expression of activists today, as Douglass’s words articulate the same frustration and pain that Black people continue to face in 2020.

He concluded his poetic address by declaring that “the consciousness of the nation must be aroused” and that America’s wickedness outweighed any other nation’s. Douglass articulated that recognition of our country’s history is part of a larger movement that must be rooted in strength, a sentiment that “foreshadowed the bloody reckoning to come: Civil War.”

“For it is not light that is needed, but fire; it is not the gentle shower, but thunder. We need the storm, the whirlwind, and the earthquake.”

This sentiment rings true today, 168 years later, as people across the country fight to change the narrative that racism and slavery are phenomena of the past. Despite national and global protests and conversations about racism and the treatment of Black people, Black Americans continue to be murdered, exploited, and brutalized at alarming rates. This continued violence fortifies Douglass’s argument that nothing short of fire, thunder, storm, whirlwind, and earthquake will establish change. His spirit and message remain timeless as the fight for human rights and Black lives continues.