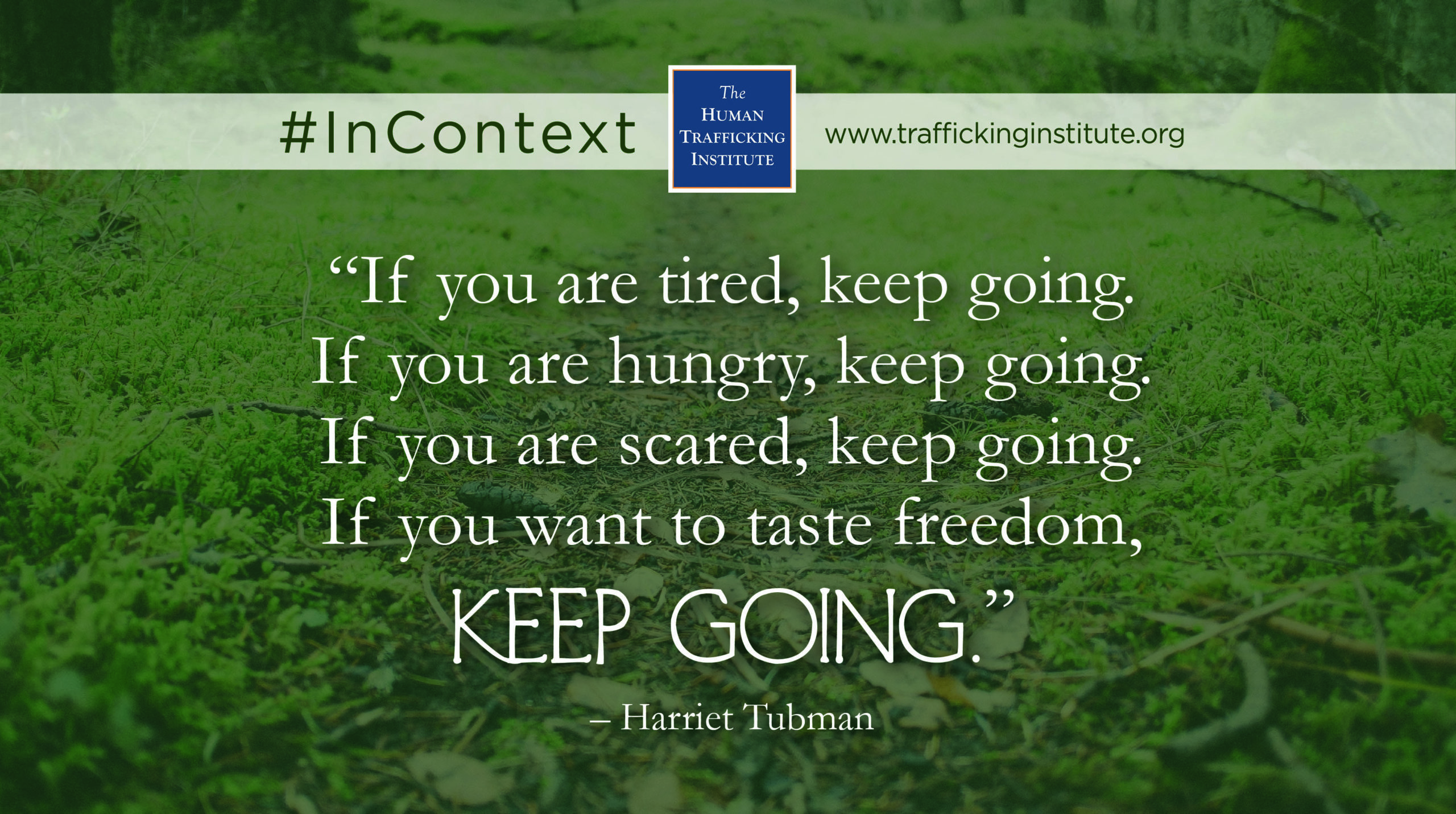 Harriet Tubman escaped from slavery in 1849. She made her way from her Maryland plantation to the city of Philadelphia, where she was able to find work and save money. Yet she was not satisfied by her own freedom. She returned to Maryland to escort her sister to the North. Then, she made another trip to rescue her brother. During the 1850s she made 19 forays into the South, leading 300 slaves to freedom and becoming the familiar African American “Moses” of legend.

It can be easy to celebrate these impressive numbers while forgetting the hardship of each individual trip. Each of Harriet’s 19 journeys from North to South and back again was illegal, in direct violation of The Fugitive Slave Law that required citizens to do their part in returning escaped slaves to their owners. Slave catchers were incentivized to hunt down runaways for the bounty they could earn. At one point, Harriet’s capture was worth $40,000 in the South, not to mention whatever additional reward money might be earned from the fugitives accompanying her. Skilled slave catchers and amateur bounty hunters alike wanted a piece of the pie, so Harriet and her companions traveled in constant anxiety and uncertainty, never sure who they could trust.

The Underground Railroad was unlike a railroad in most respects. There was no exact route, never a routine trip, no trustworthy schedule. There were no warm meals or comfortable sleeping cars for overnight journeys. The passengers traveled on the power of their own bruised, battered feet, often without time to sleep, without shelter from the cold and elements, without food and water to sustain them. They prayed that the next station on their route would still exist when they arrived, rather than the betrayal and torture that could be waiting.

In light of this, Harriet’s great genius was her ability to lead and encourage. Fugitives on the railroad struggled against their own pain and fear as much as external adversaries. Harriet was there to help them win that battle, whispering:

Harriet Tubman was not the most obvious choice for an Underground Railroad conductor. Before she escaped from slavery, she defended a fellow slave from an angry taskmaster, and took a two-pound weight to the head for her trouble. The incident left her with permanent damage that caused unpredictable sleep spells, and later in her life a constant buzzing in her head. She was only 5 feet tall, unassuming in appearance. She was short but she kept going. She was handicapped but she kept going. She had a high-profile, with her picture on wanted posters throughout the south and $40,000 on her head, but she kept going. She took her own advice and persevered.

Harriet Tubman was illiterate. She never wrote an autobiography or kept a journal or put down any words that could have survived to give us a first-person sense of her experience. Instead, at best we have the writings of those who claim to have interacted with her, and an oral tradition of her stories. Her famous “keep going” quote, with its rhythmic refrain, is not actually directly traceable to her. It was first widely attributed to her in the mid 20th century in a popular children’s book. Fact has been so difficult to disentangle from myth that Hillary Clinton, in a 2008 speech to the Democratic National Convention, attributed a version of the quote to Tubman with the approval of her own best researchers.

It is in such cases that the interpretative nature of history becomes clear. Milton C. Sernett, retired professor of history at Syracuse University, said that, “by the time Harriet Tubman enters fully into the American consciousness as an American icon, her historical person has been so mixed up with ideas that cannot be historically substantiated that what passed into memory was the mythologized symbol, not the historical person.” Kate Clifford Larson, an historian at Wheelock College in Boston and author of a biography of Harriet Tubman, said to the New York Times that, “While Clinton used a commonly attributed quote of Tubman’s that is not known to be original, she did capture Tubman’s spirit. And, in all fairness to Senator Clinton and others who use that quote, few outside of the small circle of Tubman scholars know that the quote is not actually attributable to Tubman.” According to Sernett, we cannot know the real Harriet Tubman. According to Larson, the “keep going” quote is as close as we are going to get. It captures the truth that Tubman embodies: gaining freedom is an arduous process, but it is worth it.