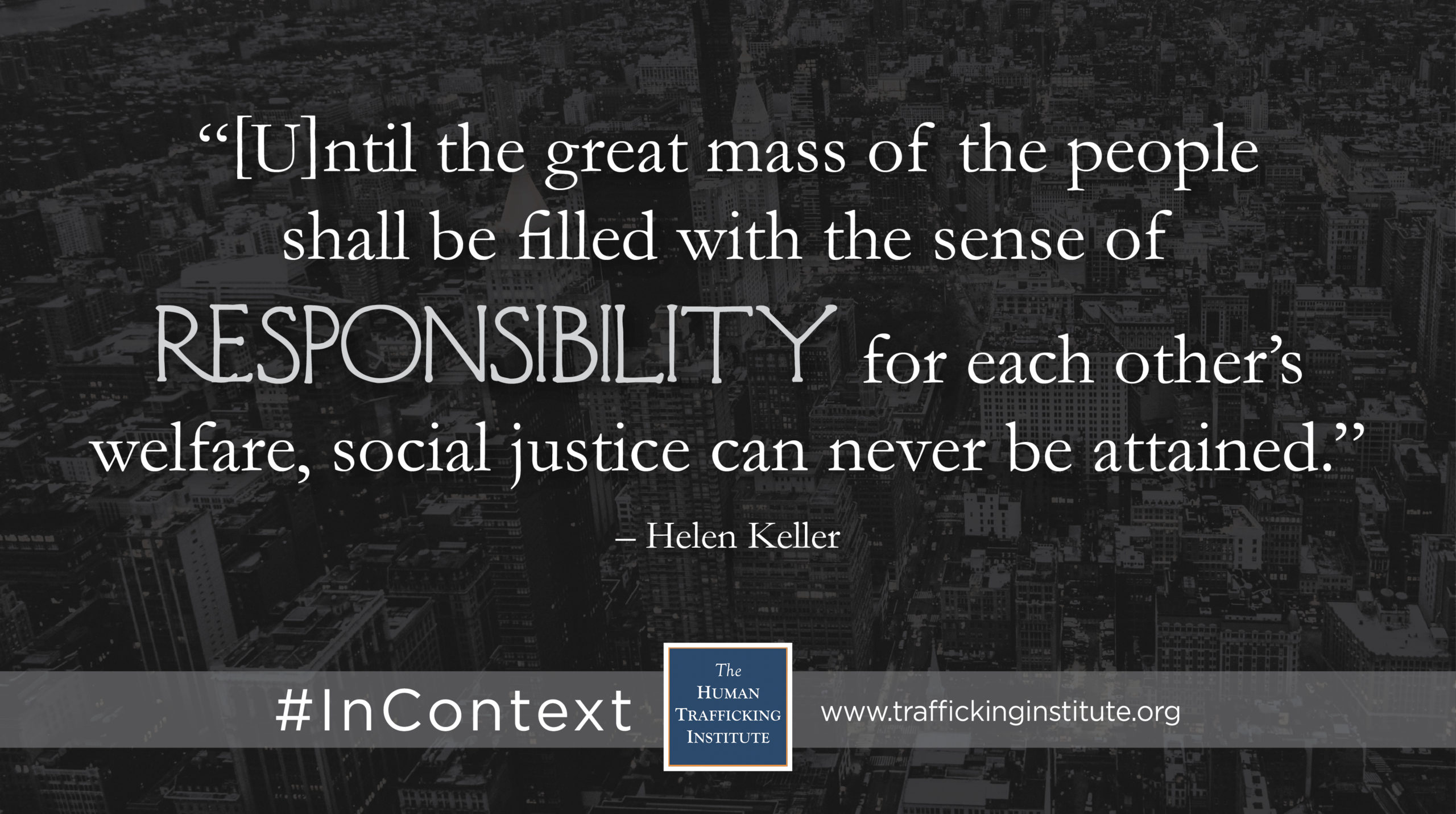 Helen Keller was born a normal, healthy baby girl, in Tuscumbia, Alabama, on June 27, 1880. Tragedy struck when, at 19 months old, she suffered a severe illness that left her both blind and deaf. As a young child, Helen learned to express basic commands, but over time she grew frustrated with her inability to communicate more fully.

The arrival of Helen’s teacher, Anne Sullivan, was a major turning point. Helen later described the day of her teacher’s arrival as the most important day of her life and the day she finally understood Ms. Sullivan’s fingerspelling as the day her soul awakened. From there, Helen excelled, becoming the first deaf-blind person to earn a bachelor’s degree, and penning her own eloquent autobiography at the age of 23.

Helen’s amazing story of hardship and perseverance captivated the nation and brought her the acquaintance and friendship of many of the era’s most well-known individuals. Helen recognized the influence and leverage her popularity afforded her and used it — not for personal gain — but to change the perceptions and better the lives, first of people with disabilities, and later of women and workers.

Although often unrecognized today, Helen was an outspoken figure and a radical thinker. A member of the American Socialist Party and later a supporter of the Industrial Workers of the World (IWW), she was a fervent believer in the need for revolutionary change. Helen saw a tangible connection between the mistreatment of industrial workers and disability, between capitalism’s greed and society’s dismissal of the poor and marginalized.

In a 1918 article titled “In Behalf of the IWW,” published in the radical labor newspaper, The Liberator, Helen described actions taken against suspected IWW members, in opposition to their revolutionary message. She counseled her readers to have open minds and tender hearts and to consider whether it was society, rather than the IWW, that was to blame for the current strife.

Helen sympathized with the workers, saying, “Their cause is my cause. While they are threatened and imprisoned, I am manacled. If they are denied a living wage, I too am defrauded. While they are industrial slaves, I cannot be free.” Helen acknowledged the need for all to be engaged with and seek to understand the paths walked by others, and she noted:

“[U]ntil the great mass of the people shall be filled with the sense of responsibility for each other’s welfare, social justice can never be attained . . .”

Helen Keller used her hard-fought platform to make herself heard and to advance the rights of others—women, workers, and those with disabilities. We, too, must remember that justice is only attainable when we stand up for others and work to provide them with the opportunity to reach their potential.