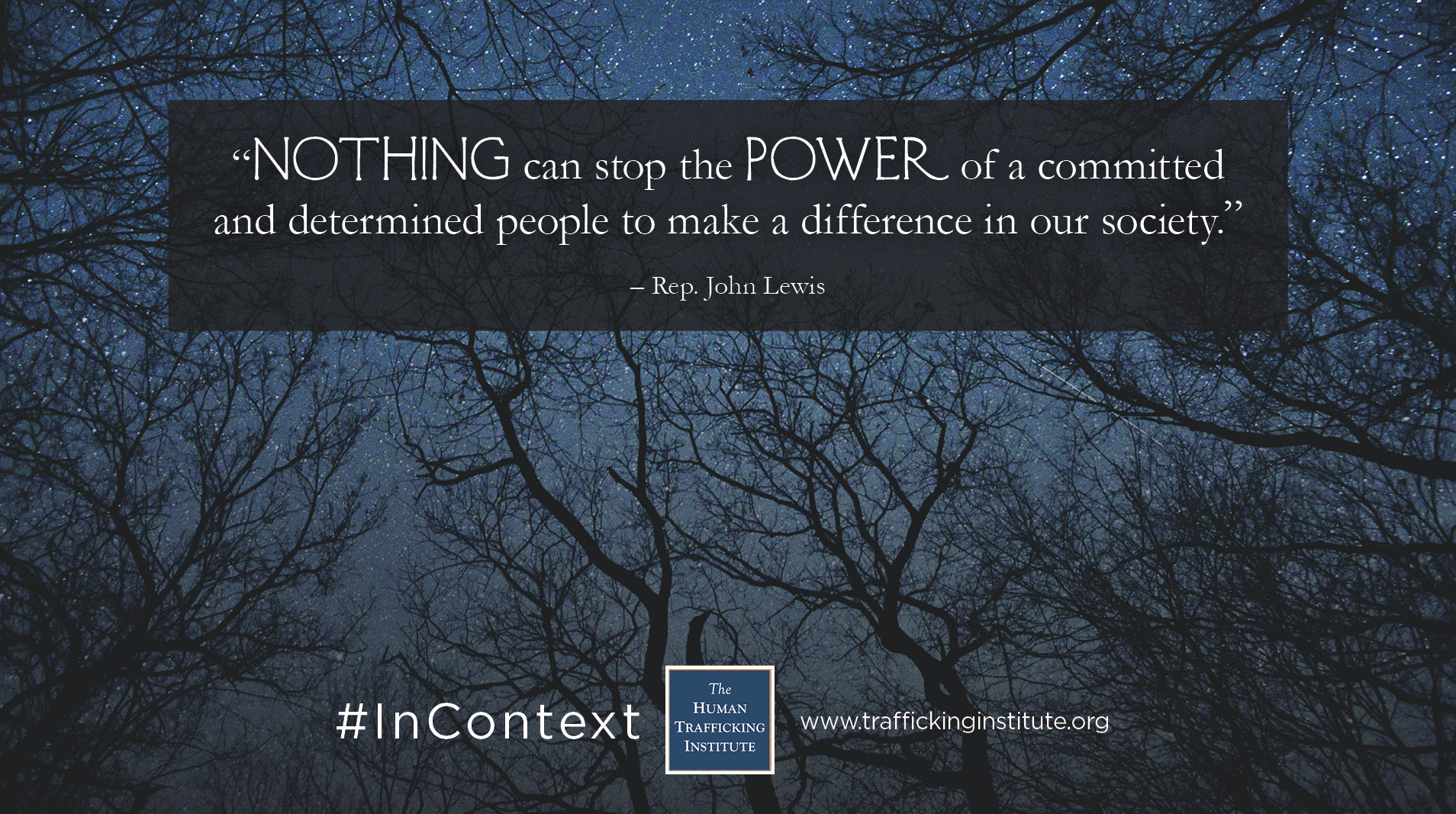 On Friday, July 17, 2020, Congressman and Civil Rights Leader John Robert Lewis passed away at the age of 80. In December 2019, he announced he had Stage 4 pancreatic cancer. Both Lewis and fellow civil rights activist Rev. C.T. Vivian died on the same day. Vivian was 95.

Lewis was born on February 21, 1940, outside of Troy, Alabama, on a sharecropping farm owned by a white man, to Eddie and Willie Mae (Carter) Lewis. His parents were eventually able to buy their own farm – 110 acres for $300. John and his nine other siblings attended segregated public schools in Pike County, Alabama.

Upon graduating high school, he moved to Nashville, Tennessee, where he attended and graduated from American Baptist Theological Seminary (now American Baptist College) and was ordained a Baptist minister. He also studied at Fisk University in Nashville, where he earned a bachelor’s degree in religion and philosophy.

From 1963 to 1966, Lewis was chairman of the Student Nonviolent Coordinating Committee (SNCC), and in this role, he organized a variety of student activism responses in the Civil Rights Movement including sit-ins and marches. At the age of 23, in August 1963, Lewis was a keynote speaker at the historic March on Washington, most famous for Rev. Martin Luther King Jr.’s I Have a Dream speech, and recognized as one of the Big Six leaders of the Civil Rights Movement.

On March 7, 1965, Lewis, along with 600 others demanding voting rights, marched halfway across the Edmund Pettus Bridge in Selma, Alabama. When the marchers stood their ground on the bridge, state troopers responded with tear gas, bullwhips, and rubber tubing wrapped in barbed wire. In the midst of the violence, a trooper cracked Lewis’ skull with a billy club. The day became known as Bloody Sunday.

The riots and protests resulted in wide support of the Voting Rights Act of 1965, which President Lyndon Johnson presented to Congress on March 15, 1965, and was signed into law on August 6, 1965.

From 1960 to 1966, Lewis was arrested 40 times and spent 31 days in Mississippi’s Parchman Penitentiary.

Lewis first ran for Congress in 1977 for Georgia’s 5th Congressional District, but was defeated. Following the defeat, he accepted the position of associate director of ACTION in the Carter administration. In 1981, he ran for an at-large seat on the Atlanta City Council and won. Five years later, he again ran for Congress, and in 1986, became the second Black American to be elected to Congress from Georgia since Reconstruction. He would end up representing the 5th District for more than three decades.

“The most important lesson I have learned in the 50 years I have spent working toward the building of a better world is that the true work of social transformation starts within,” Lewis writes in his 2012 biography Across That Bridge: Life Lessons and a Vision for Change. “It begins inside your own heart and mind, because the battleground of human transformation is really, more than any other thing, the struggle within the human consciousness to believe and accept what is true. Thus to truly revolutionize our society, we must first revolutionize ourselves. We must be the change we seek if we are to effectively demand transformation from others.”

In 2011, President Barack Obama awarded Lewis the Presidential Medal of Freedom saying, “Generations from now, when parents teach their children what is meant by courage, the story of John Lewis will come to mind — an American who knew that change could not wait for some other person or some other time; whose life is a lesson in the fierce urgency of now.”

Lewis offers wisdom and shares experiences with those seeking to transform the world in Across That Bridge saying,

“Nothing can stop the power of a committed and determined people to make a difference in our society. Why? Because human beings are the most dynamic link to the divine on this planet.”

On July 27, 2020, Lewis became the first Black lawmaker to lie in state in the Capitol Rotunda.