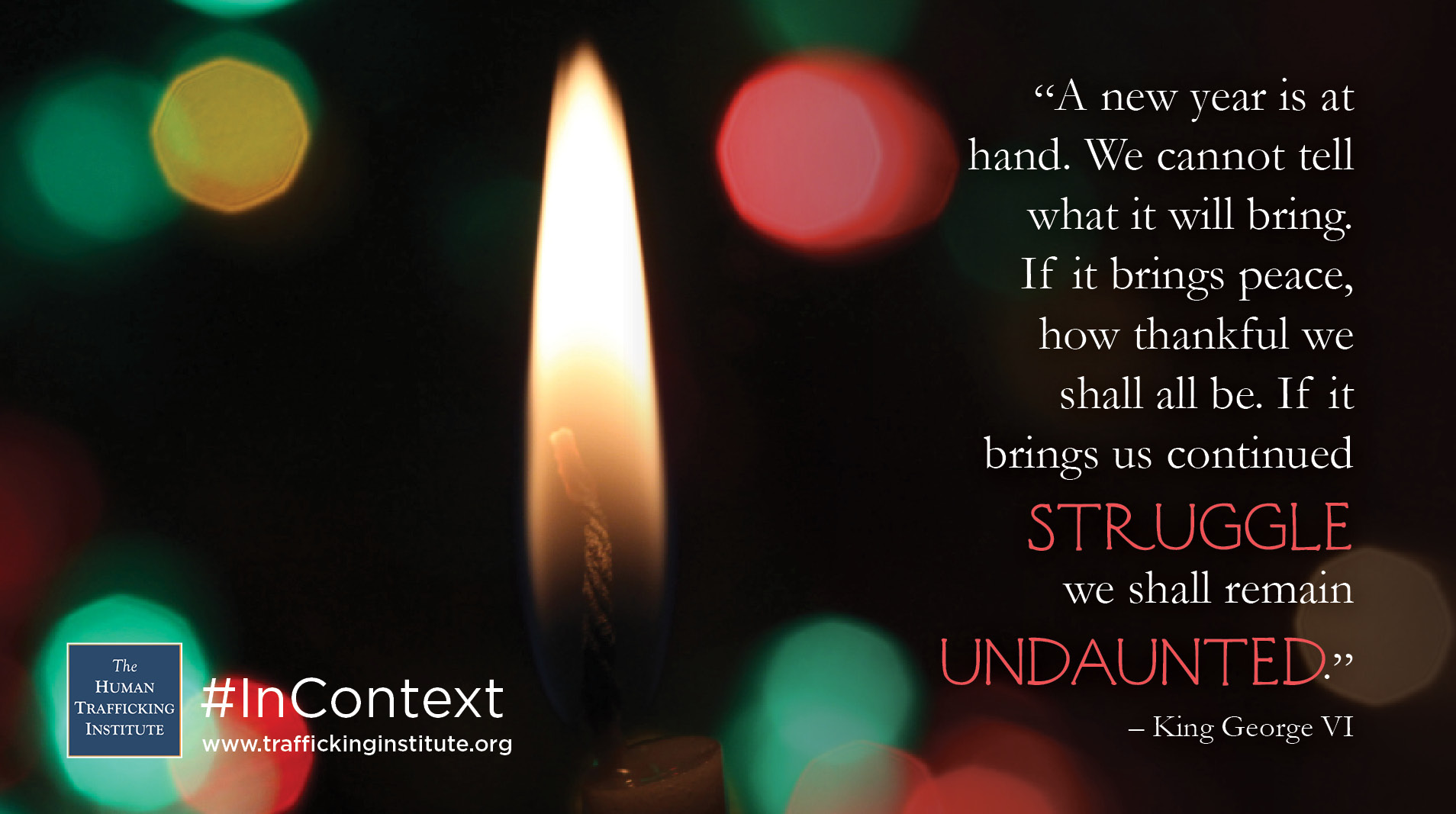 “It’ll all be over by Christmas.” In 1939, the British Empire held onto this mantra until Christmas day actually came. In September, the Empire entered World War II, and the British were hopeful the war would be short-lived, in the same way those in World War I anticipated the end of war by Christmas 1914. However, this was just the beginning as the Empire would celebrate five Christmases under the heavy veil of war.

Christmas 1939 stirred great ache among families as younger men were “somewhere in France,” and hundreds of thousands of city children were evacuated from their homes to be sent out to the countryside due to bombings.

King George VI would continue a tradition his father, King George V, launched in 1932: an annual Christmas message to all people in Britain. But on this particular day, the glory and joy of Christmas Day struggled to outshine the gloom of death and dispersed families. King George VI was an unexpected candidate to soothe the Empire’s fears about the new year.

He sat in front of two microphones in a naval uniform at Sandringham as people all over the country carefully listened in. He began the message: “I speak now from my home and from my heart to you all; to men and women so cut off by the snows, the desert, or the sea, that only voices out of the air can reach them.”

“A new year is at hand. We cannot tell what it will bring. If it brings peace, how thankful we shall all be. If it brings us continued struggle we shall remain undaunted.”

King George VI was an unlikely man to be behind the microphone. From a young age, he developed a stammer and suffered from knock knees. As a child, he was often ill and easily frightened, prone to tears and tantrums, traits he had throughout his adult life. He unexpectedly became King following the abdication of his brother, King Edward VI, in December 1936. Conscientious and dedicated, but reserved by nature, King George VI had an opportunity to speak over his Empire.

While he was not known for his eloquence nor his natural leadership abilities, he spoke to Britain’s greatest need to hear any message of hope as the world faced an uncertain future. He delicately eased the tension between the hope of Christmas and disparity of war, not making empty promises but inciting perseverance no matter what 1940 would bring. He framed the future as opportunities to grow as an Empire, and this was the message that needed to be shared on Christmas.

This speech incited such a strong response among listeners; since then, the Christmas speech has been ingrained as an annual event, still carried on today by his daughter, Queen Elizabeth II.  Each of her broadcasts reflects current issues and concerns. She articulates what Christmas means to her and for many of her listeners, her broadcasts act as a chronicle of global, national, and personal events that affect the people’s leader. In her 2018 Christmas speech, she echoed her father and called the British Empire to “peace on earth and goodwill to all” because they are “needed as much as ever.”

King George’s words serve as a reminder that looking forward, we are called to gratitude and perseverance no matter what will come during this holiday season and in the new year.