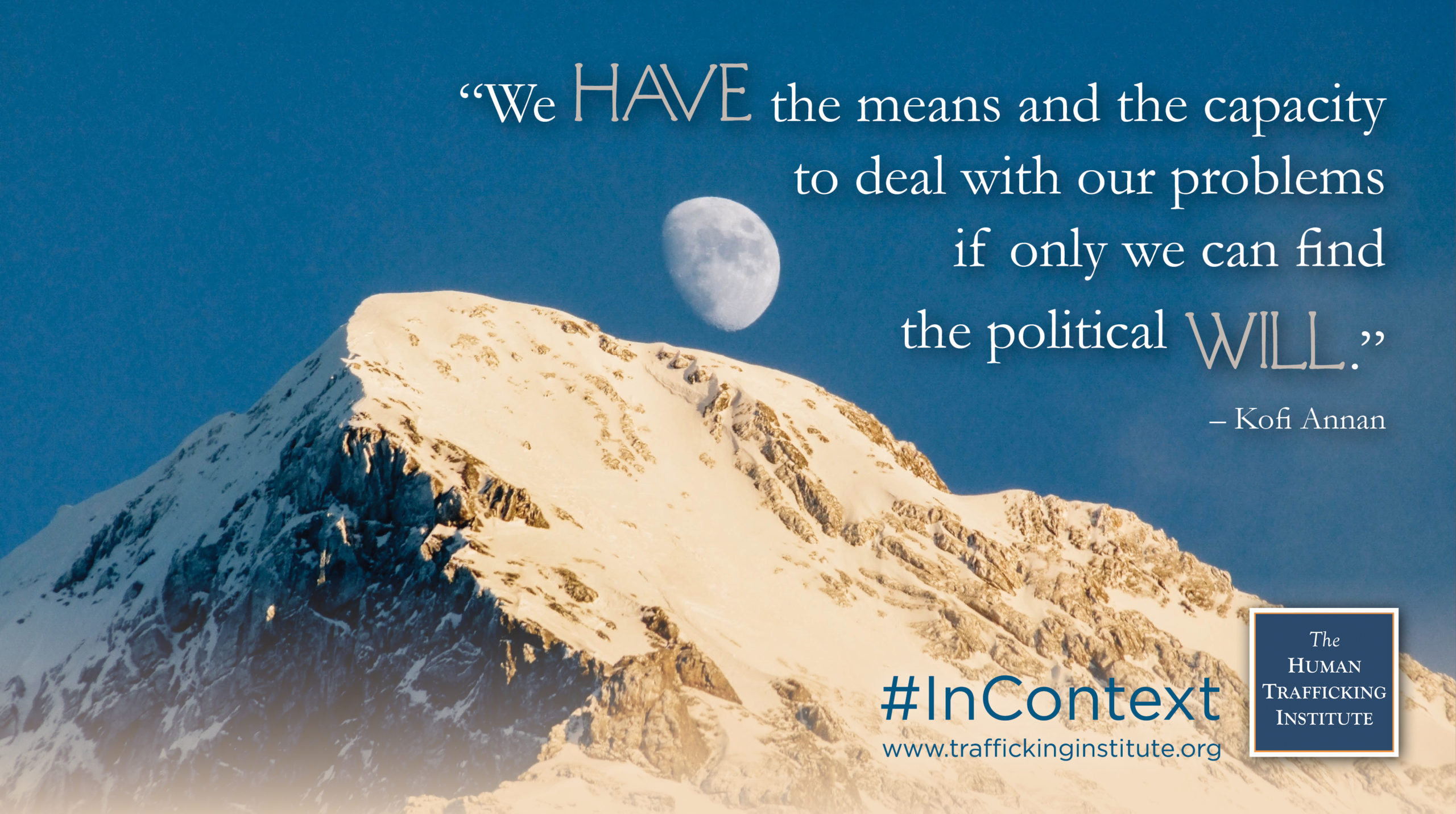 Kofi Annan has dedicated his life to international cooperation for peace, prosperity, and security. As the 7th Secretary-General of the United Nations, Annan reformed the organization and mobilized the international community in the battle against HIV/AIDS, global terrorist threats, and the fight for human rights in general.

Annan was born in 1938 in the Gold Coast. In 1957, he graduated from the elite Mfantsipim School—the same year the Gold Coast received its independence and became Ghana. Annan left Ghana in 1961 to attend Macalester College in the United States thanks to a Ford Foundation grant. Upon finishing his studies at Macalester, Annan left the United States for Geneva, Switzerland, where he began his career in international diplomacy.

Annan started working as a budget officer for the World Health Organization, a United Nations agency, in 1962. He later served the Economic Commission for Africa in Addis Ababa, Ethiopia, the United Nations Emergency Force, and the United Nations High Commissioner for Refugees (UNHCR) in Geneva. In 1987, he was appointed UN Assistant Secretary-General in Human Resources Management; and in 1993, Annan became the head of UN Peacekeeping Operations.

Annan became the UN’s 7th Secretary-General in 1997—the first to do so as a career diplomat in the organization. Annan noticed throughout his career a significant lack of political will to solve many of the problems the United Nations faced. Therefore, he made his first priority as Secretary-General was to revitalize the UN by making the international system more efficient. He reduced staffing levels and administrative overhead, improved UN integration at the country level, and drafted the UN Code of Conduct, which set benchmarks for the performance of UN staffers. He also famously appointed the first female Deputy Secretary-General, inspiring further gender equality in the UN.

Annan was tired of seeing a UN that did not intervene in crises when it should have, that was often irrelevant, and did not seek to improve itself. It was in this spirit that Annan set out his reforms, best reflected in his own words:

We all have the means and the capacity to deal with our problems if only we can find the political will.

Human trafficking is a preventable epidemic. We have the capacity and means to end modern slavery. But, in many parts of the developing world, there is often a lack of political will to end impunity of traffickers. The Institute seeks to do this by empowering criminal justice systems, and walking alongside them as they improve their ability to investigate and prosecute trafficking cases. Similar to the way that Annan mobilized the United Nations toward stronger international cooperation, the Human Trafficking Institute seeks to mobilize criminal justice systems to develop a political will for human rights and to put an end to trafficking.

Earlier this year, Annan gave the Wilberforce Lecture at the annual Hull Freedom Festival, an event that highlights the need for freedom and justice for victims of slavery across the world. His remarks can be found in the video below: