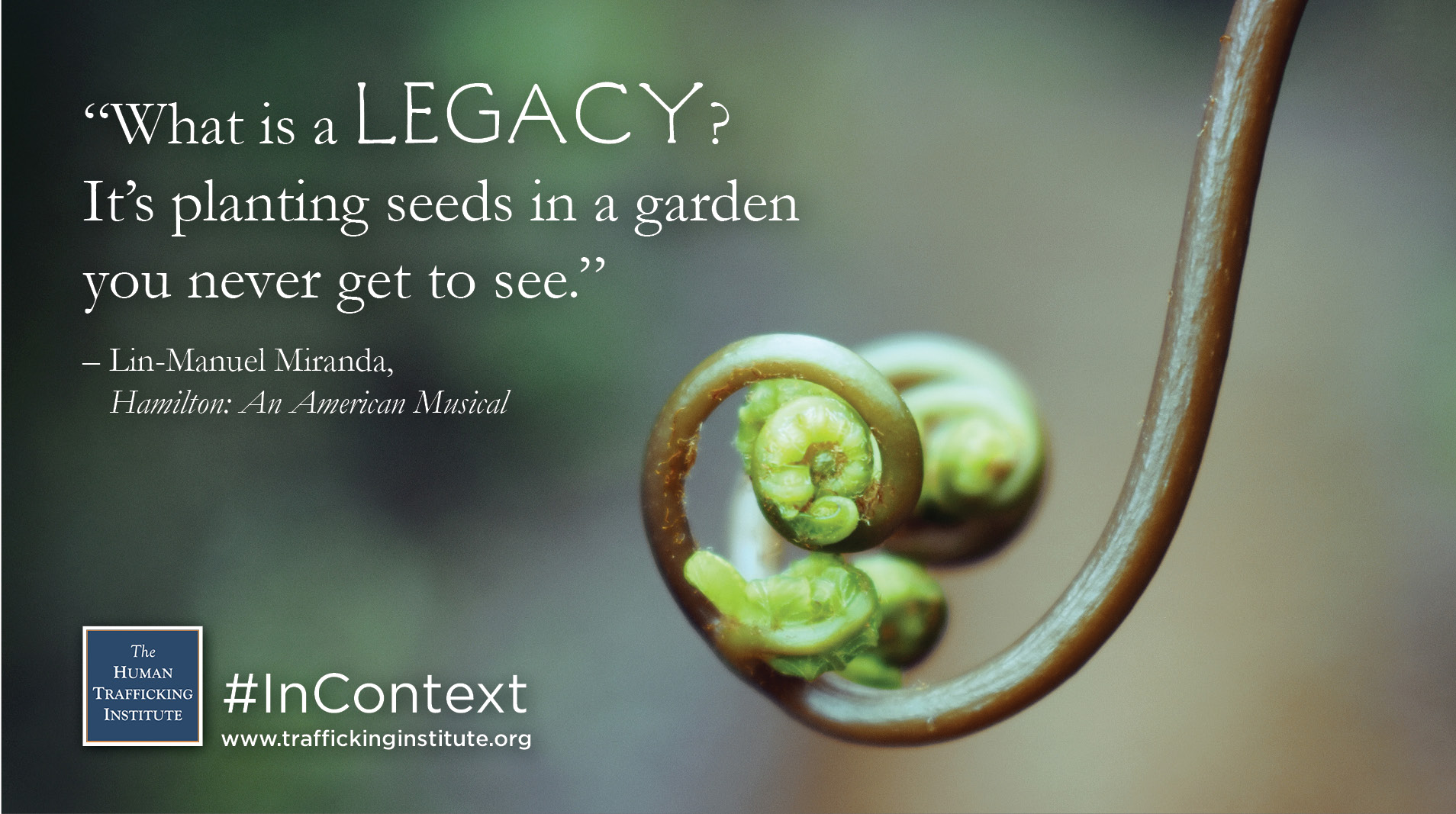 Lin-Manuel Miranda opens his eyes, releases his grip from the metro handle, and walks through the doors of the train car as they open onto the platform in New York City. Daydreaming is typical for the 38-year-old creator of Hamilton: An American Musical and In the Heights. From recording ballads on the metro to writing songs on his honeymoon, his mind is always at work, yearning to create something that will outlive him.

Through bold song writing and provocative Broadway productions, Miranda works to satiate this craving – a craving which in many cases finds roots in his early life as the child of hard-working, immigrant parents. It was a childhood of laughter and joy, of independence and creativity, and of growth and perspective.

As a child, Miranda remembers the long walks he and his sister made through the Hispanic projects close to their neighborhood on the Upper East side of Manhattan to campaign for their father. They would climb the stairs to the top of multi-story apartment buildings, knock on doors, and ask the tenants to vote Luis Miranda for Director of the Mayor’s Office for Hispanic Affairs.

Upon the insistence of his father, nine-year-old Miranda and his older sister each took a turn standing at the podium, sharing their gratitude, and accepting the position as a victory not only for Luis Miranda but the entire family. It was then Miranda began to learn what it meant for the work of a single person to be the difference for the community as whole.

With his childhood as the backdrop, the initial inspiration for Hamilton came from reading the 800-plus page biography of Alexander Hamilton, written by Ron Chernow. Hamilton’s story, he realized, of ingenuity, tenacity, and intelligence, was all too familiar – it was the story of his own father.

In 1974, at the age of 19, Luis had just graduated from the University of Puerto Rico when he received a scholarship to attend graduate school at New York University to study psychology. After a few years in the city, he met his future wife Luz, and together the pair pursued activism by attending protests for fellow Puerto Ricans to running for office to better serve their community. As parents, they ensured their children were immersed in this lifestyle, always taking them along and teaching them the importance of creating a better world for the next generation.

As Miranda made the connection between his father and Hamilton, he began to write what would become the Broadway musical. His writing produced the first song of the production, “Alexander Hamilton,” a rap-style summary of the first 40 pages of Chernow’s book, which he would later perform at the White House for President Obama. By combining historically-based lyrics, traditional Broadway style, and hip-hop beats, Miranda captured what he believed to be the quintessence of Hamilton himself.

His choice in using hip-hop wasn’t just stylistic, but what Miranda believed to be the best form to depict the passion of the moment during the American Revolution. It’s “the language of youth and energy and of rebellion,” he said to Chernow (who went on to become Miranda’s historical advisor). He believed it was the language of a marginalized people and the genre that allows for densely packed musical numbers, allowing the show to cover considerable historical ground when depicting a complicated era in history.

After his first song received a wildly positive response, he began writing another and then brought in former collaborators, directors, and writers to help make The Hamilton Mixtape (the show’s off-Broadway name) a reality. After months of hard work, the show premiered at the Public Theater in February 2015. Then, only six months later, the production relocated to its new home, the Richard Rogers Theatre, on Broadway. Now, three years after it’s debut, the musical has earned a record-setting 16 Tony nominations (winning 11), a Grammy for Best Musical Theater Album, and a Pulitzer Prize for Drama.

Like his own father and the American founding fathers, Miranda had no idea what the future held – he simply yearned to create something that would last.

In one of the musical’s most famous lines, written by Miranda, Hamilton addresses this idea of a person’s work existing for a purpose greater than what can be packed into a single lifetime. In the song, “The World Was Wide Enough,” Hamilton shares his final thoughts before being killed in a duel by his longtime rival and friend, Aaron Burr. In this song, Miranda captures the imaginations of all of human kind:

Burr, my first friend, my enemy
Maybe the last face I ever see
If I throw away my shot, is this how you’ll remember me?
What if this bullet is my legacy?
Legacy, what is a legacy?
It’s planting seeds in a garden you never get to see
I wrote some notes at the beginning of a song someone will sing for me
America, you great unfinished symphony, you sent for me
You let me make a difference, a place where even orphan immigrants
Can leave their fingerprints and rise up

We all desire to matter and for our work to have significance that will outlive our time on the earth. At the Institute, we want the same. We work daily in the hope that our efforts to decimate trafficking will leave a legacy of freedom. We push the limits of what seems possible, encouraging others to join in the effort. We press on, aspiring to plant seeds in a garden that will produce freedom, liberty, and justice for all.