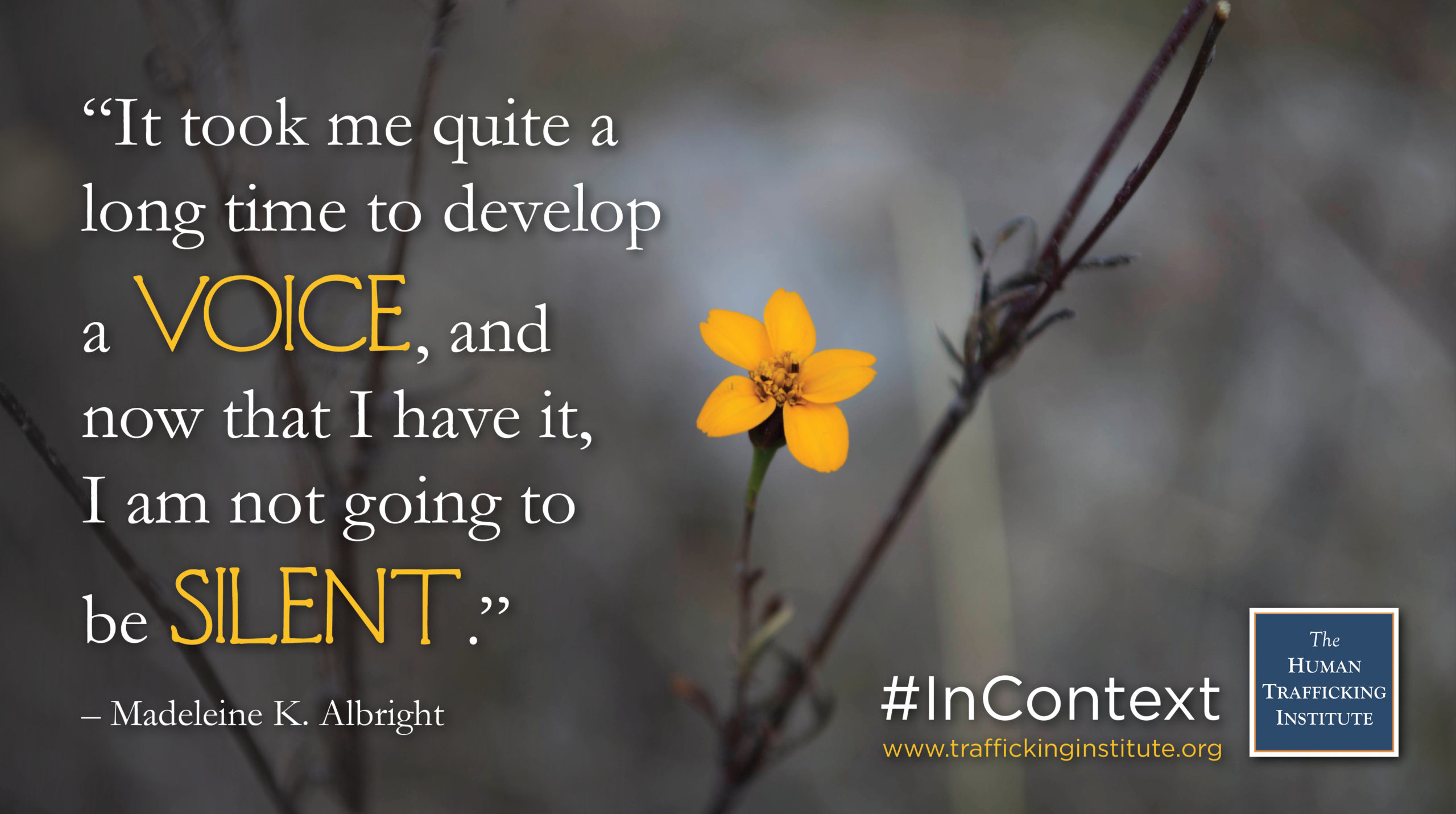 Throughout her life, Madeleine Albright desired to make a difference in the world. Born in Prague in 1937, she spent a brief time in her native Czech Republic before fleeing the country during the Nazi invasion in WWII and escaping it again after the communists took power the late 1940s. Albright faced grave danger at a young age. In a 2012 interview with the Huffington Post, Albright attributes much of her motivation to helping others with her desire to paying back. After settling in the United States, Albright spent her life learning how to develop her voice to make concrete change happen in the world in order to help others in the same way she was helped as a child.

Once Albright’s family officially settled in Denver, Colorado, she took great care to learn about world affairs. Her first educator in the realm of politics and international relations was her father, Josef Korbel, a journalist and a diplomat. Albright excelled through her informal and formal education – earning herself a scholarship for college. From there, Madeleine studied politics and international relations, along with Russian, at Wellesley College and then Columbia University. During her education, Albright worked for a Democratic Senator and upon graduation, was hired as a national security advisor for the national security council during Jimmy Carter’s administration.

Albright’s career took off during the Clinton administration, where Albright started as the U.S. representative to the United Nations. Several years later, Albright became the first female Secretary of State. Throughout her career as an envoy for the United States, Albright was a champion for human rights and international criminal justice. She pushed for direct military intervention during the humanitarian crisis in the Balkans. Moreover, Albright was instrumental in the push for the International Criminal Tribunal for the former Yugoslavia and the International Criminal Court. Her work allowed for the creation of both courts, which led to the prosecution of perpetrators of horrendous war crimes around the world.

In an interview in 2011 with the Huffington Post, while promoting an exhibit on her subversive use of brooches, Albright told Marianne Schnall: “It took me quite a long time to develop a voice, and now that I have it, I am not going to be silent,” […] “I have had fun being who I became, so to speak.” For Albright, speaking out became a part of her job in foreign relations. She spoke against Saddam Hussein during the gulf war, spoke to the essentiality of women’s rights to America’s foreign policy, and spoke against the atrocities in the formal Yugoslavia.

After years in a lifelong commitment to public service—from advocating at the United Nations for criminal accountability for grave violations of human rights to speaking up for the rights of women in Afghanistan—Albright used her voice to speak up and has made an impressive difference doing so. Albright is a prime example about the change one person can make once they find their voice and speak against injustices in the world. If we all spoke against injustices and for those whose voices are impeded, real change can happen and lives can be changed forever.