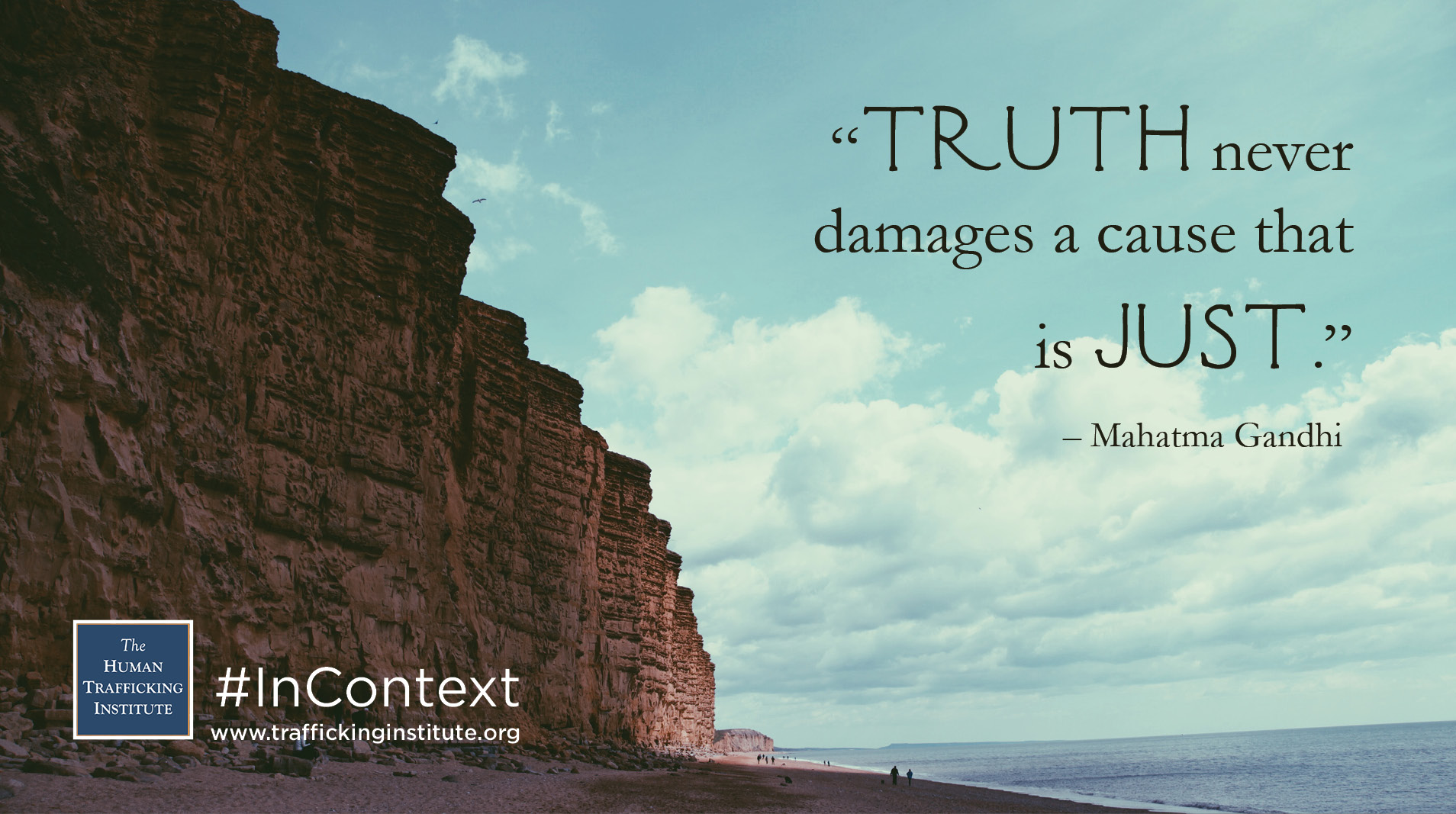 Mahatma (“the great soul”) Gandhi exemplifies the power of a peaceful leader. Born Mohandas Karamchand Gandhi in 1869, Gandhi grew up in a home filled with tradition. His mother raised him in  Vaishnavism, a Hindu sect that practiced vegetarianism, nonviolence, and fasting. These principles Gandhi learned as a child would guide him throughout his life.

In 1882, at age 13, Gandhi was married to his wife, Kasturba, who was also 13. Although, the couple would not move in together until they were old enough to assume the roles of husband and wife. Kasturba bore their first child at age 15, although the child did not survive. They would go on to have four other children before Gandhi took a vow of celibacy in 1906.

To become a barrister, Gandhi went to study in England in 1888 despite his mother’s fears of his corruption and financial hurdles. Leaving young Kasturba and a baby behind, Gandhi spent three years studying in England where he was introduced to Western philosophy and became close friends with the eccentric group of English vegetarians.

When he returned to India in 1891, Gandhi was heartbroken to learn his mother had died in his absence. Additionally, his passive and gentle ways made it difficult to fight his way into the crowded field of law. After struggling to make ends meet, he received a job offer to work a year in South Africa with an Indian law firm and moved to Durban in 1893. While in South Africa, his early days of political activism emerged. He was exposed to racism and injustice in ways he had never experience. After his year was over, he was set to sail back to India when a bill was introduced to take away Indians’ right to vote. Even though he had never been involved in politics and hadn’t read a newspaper until he was 18 years old, Gandhi decided to stay and petition the British government for the rights of Indians. His advocacy brought the plight of Indians under British rule to the eyes of the world.

Gandhi returned to India briefly to help his wife and two children move with him to South Africa. Despite intense persecution, including his life being threatened by the South African Europeans, Gandhi refused to retaliate against his oppressors or even prosecute them in court. To the Indians in South Africa to which Gandhi had become a leader, he encouraged only peace and service in hopes that this would appeal to the European’s sense of justice. Many Indians were arrested for their resistance, including Kasturba for a brief time. Even though the Indians did not secure any lasting relief, Gandhi’s leadership had united them and given them hope for the future.

Gandhi finally returned to India in 1914. In India, he saw horrible violence yet again with the Massacre of Amritsar and continued to speak out for peace among Indians and freedom. He notably remade the Indian National Congress to be an effective vessel of advocacy. Although he continued to preach nonviolence and service to the British, he was able to unite the most frustrated on Indians. His strict dedication to simplicity, pacifism, and self-denial sometimes frustrated his more militant followers, but all respected him and his voice leading the Congress Party.

In 1934, Gandhi resigned from his political career to focus on education rural India, especially for people of lower castes. When World War II broke out, and the British asked for Indian support, Gandhi was outraged and entered back into the political sphere. He started the Quit India Movement calling for the British to leave India immediately. Gandhi, his wife, and others were once again imprisoned, this time in the Aga Khan Palace. His wife died in 1944 during her imprisonment leaving him in deep mourning.

Although Indian independence was finally realized in 1947, Gandhi lamented the fact that the Indian state was split between Hindus and Muslims, creating India and Pakistan. He tried to reconcile the groups and protest separation through fasting, although this created enemies on both sides. In 1948, he was assassinated by an Indian radical, dying at the hands of the very conflict he had tried to bring to an end.

People view Gandhi today with a mix of mystery, confusion, respect, and admiration. Although he suffered for his beliefs, he lived by this idea:

“Truth never damages a cause that is just.”

Thomas Merton records this quote in his 1965 book Gandhi on Non-Violence, which compiles Gandhi’s teachings on nonviolence. Gandhi said this to a director of a British newspaper who wanted to publish a story sympathetic to India but failed to record the whole story of the current political turmoil. Gandhi told the man that the best way to help India would be to publish the facts unbiased, not twisting the information, because “truth never damages a cause that is just.”

Regardless of his controversies, no one denies Gandhi was an influential force of peace during a tumultuous time in Indian history. Like Gandhi, the Human Trafficking Institute is dedicated to being a force for peace and justice where conflict and prejudice exist. We ardently hope to one day live in a world where all are free from the bonds of slavery.