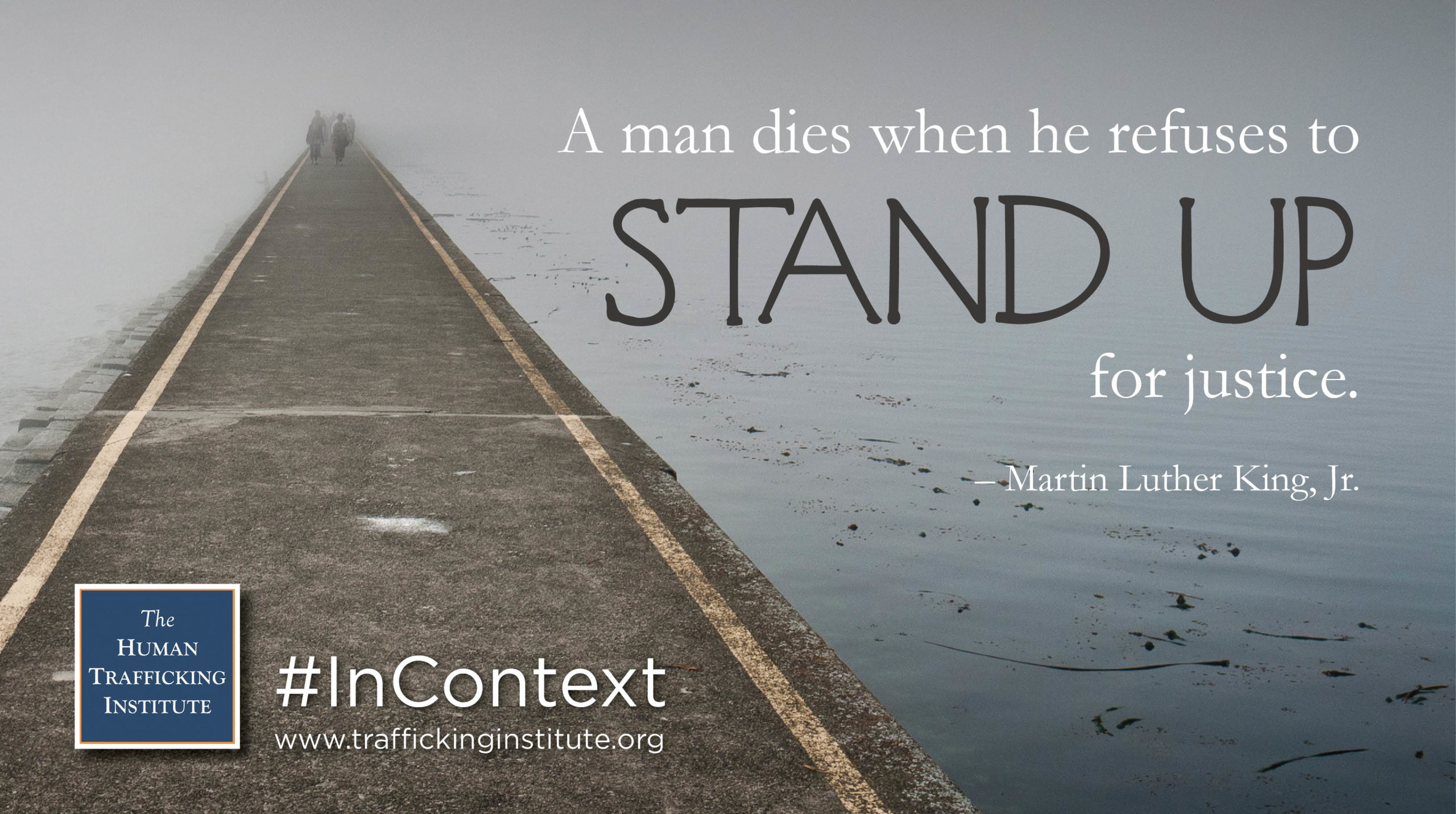 Over 200,000 demonstrators joined Martin Luther King, Jr. for the March on Washington on August 28, 1963. The main event was King’s “I Have a Dream…” speech in which he boldly called Americans to “make real the promises of democracy.”

Up until then they had not been real. Not for black Americans. One hundred years had passed since President Abraham Lincoln’s Emancipation Proclamation officially freed the slaves in the American South, and yet, as King said, “The Negro is still not free.” Segregation was still in force in many Southern states, despite the fact that the Supreme Court ruling in Brown v. Board of Education had ruled the practice unconstitutional. And King mentions many other grievances, including police brutality, denial of service at hotels and motels, and black disenfranchisement in many southern states.

King emphasizes that he and his fellow activists will be persistent – “we will not be satisfied until justice rolls down like waters, and righteousness like a mighty stream,” – and that anyone who thinks the March is merely a one-time expression of black anger is “in for a rude awakening.” Yet despite his forceful words he insisted that the fight for justice be waged peacefully, without recourse to violence. “In the process of gaining our rightful place let us not be guilty of wrongful deeds.” Both the means and the ends must be just. This was the crux of the civil disobedience strategy that King admired so greatly in Ghandi.

And, if timing is any indication, the Civil Rights Act of 1964 and the Voting Rights Act of 1965 suggest that the march had some impact. King and other leaders had met with President John F. Kennedy and Vice President Lyndon B. Johnson after the march, and less than a year later a major civil rights bill was passed.

On March 8, 1965, King preached on courage from the pulpit of a Selma, Alabama, church. Later that month, he would lead thousands of nonviolent demonstrators from Selma to the steps of the capitol in Montgomery, Alabama, after a 5-day, 54-mile march.

Deep down in our non-violent creed is the conviction there are some things so dear, some things so precious, some things so eternally true, that they’re worth dying for. And if a man happens to be 36-years-old, as I happen to be, some great truth stands before the door of his life–some great opportunity to stand up for that which is right.

We’re going to stand up amid anything they can muster up, letting the world know that we are determined to be free!