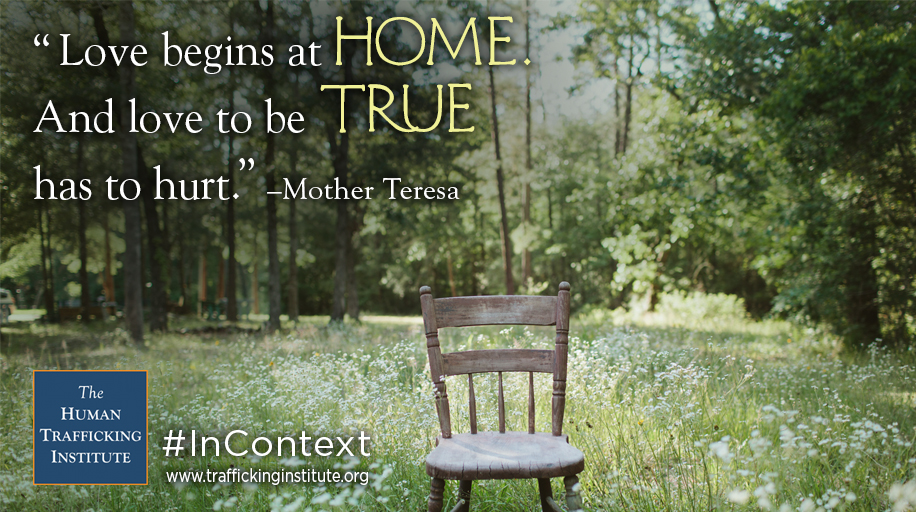 For decades, Mother Teresa’s kindness and generosity has captured the attention of the world. She was showered with honorary degrees and awards and universally praised by the media. Popes, presidents, philanthropists, and even the Queen, looked to her for guidance to eradicate poverty and affect change.

Despite the many influential people vying for her time, Mother Teresa always returned to India to be with those she loved most – the lonely, abandoned, homeless, disease-ravaged, and dying; the “poorest of the poor” in Calcutta’s streets.

Born in 1910, in Skopje, Macedonia, Mother Teresa was baptized as Agnes Gonxha Bojaxhiu. Her father, Nikola, was an entrepreneur and construction contractor. After his death in 1919, Agnes became close to her mother, who instilled in her a deep commitment to charity.

As a child, she attended a convent-run private school, where she first felt a calling to religious life at age 12. Six years later, in 1928, 18-year-old Agnes decided to become a nun and set off for Ireland to join the Sisters of Loreto in Dublin, where she took the name Sister Mary Teresa.

A year later, Sister Mary Teresa traveled to Darjeeling, India, for the first time, where taught at an all-girls high school, designated for the girls from the city’s poorest Bengali families. After taking her Final Professions of Vows in 1937, she took on the title “Mother,” as was customary for Loreto nuns, and became known as Mother Teresa.

In 1946, Mother Teresa experience a second calling that would forever transform her life. During a train ride between the city of Calcutta and the foothills of the Himalayan Mountains, she made a commitment to abandon teaching and devote herself to aiding the city’s poorest and sickest people. After six months of basic medical training, she voyaged for the first time into Calcutta’s slums with no more specific a goal than to aid “the unwanted, the unloved, the uncared for.”

Over the course of a decade, she established a leper colony, an orphanage, a nursing home, a family clinic, and a string of mobile health clinics. She began an open-air school and established a home for the city’s dying destitute. In October 1950, she won a canonical recognition for a new congregation, the Missionaries of Charity, which she founded with only a handful of members.

During her Nobel Peace Prize Acceptance speech in 1979, Mother Teresa encouraged those in attendance to commit to do good, despite the inevitable sacrifice of those who volunteered their time and money.

“Love begins at home. And love to be true has to hurt,” she said.

Although we can count progress among our achievements, the fight to end human trafficking is far from over. As we continue to work eradicate slavery and uphold justice in our neighborhoods and in our world, let us remember that sacrifice is necessary for success.