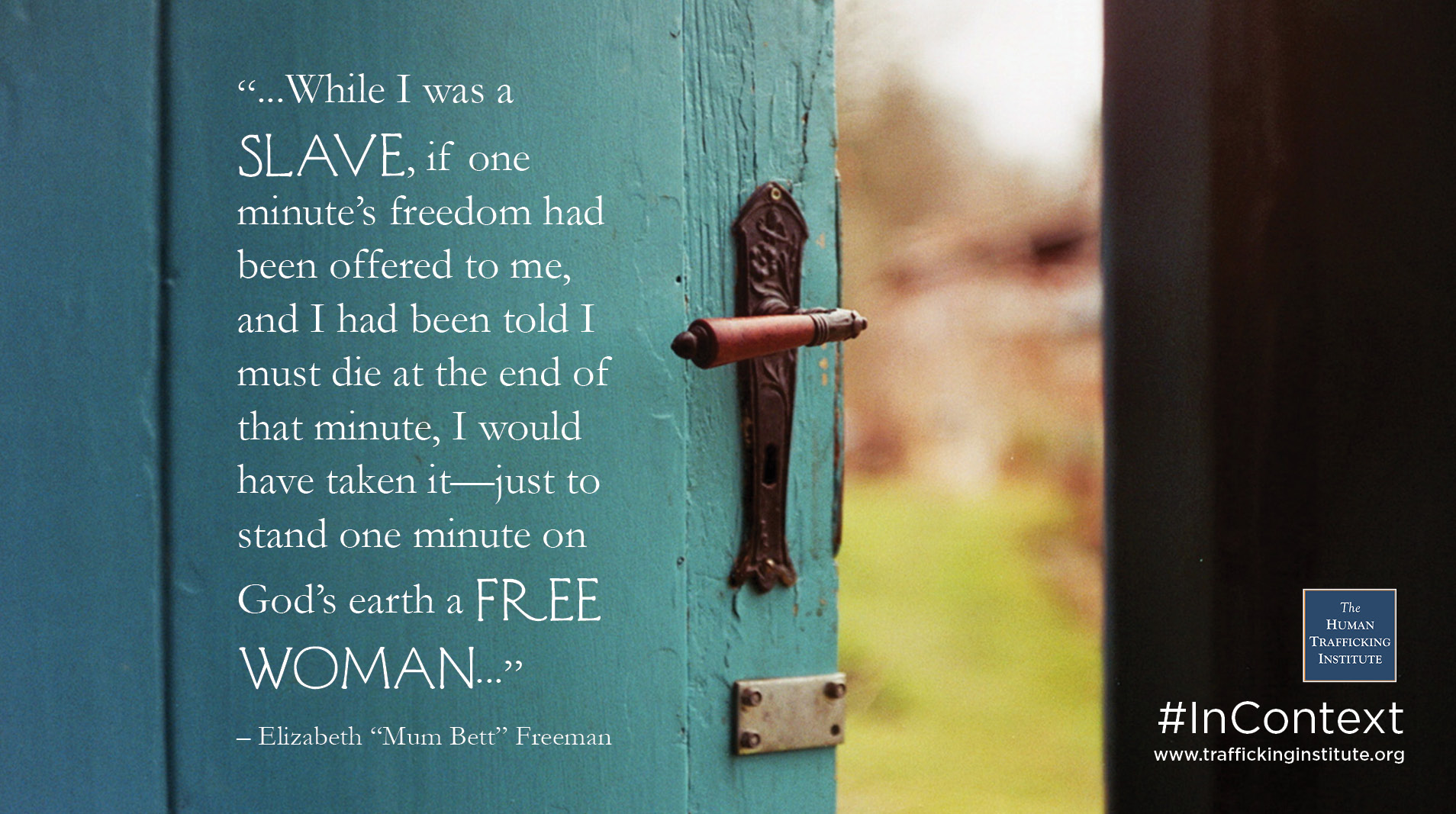 In the wake of the Revolutionary War, Patriot demands for “freedom,” “liberty,” and “equality” circulated throughout New England as new state governments formed. The Massachusetts Constitution, which took effect in 1780, included a Bill of Rights proclaiming, “All men are born free and equal, and have certain natural, essential and unalienable rights.” Nevertheless, even after the war, slavery persisted in all of Britain’s former colonies, including the Commonwealth of Massachusetts.

In 1781, less than one year after Massachusetts adopted its new Constitution, Mum Bett, an enslaved African American woman, successfully sued for her freedom after nearly 30 years of forced labor. Her case was unique because it did not allege that her owner, Colonel John Ashley of Sheffield, violated any specific law, but instead directly challenged whether slavery was compatible with the new constitution of the Commonwealth of Massachusetts.

As family lore tells it, Mum Bett’s freedom suit was prompted by listening in on the conversations of her owner and his distinguished dinner guests while serving them, which planted the first seed of freedom in her mind. Another account reports that the catalyst to Mum Bett fleeing the Ashley house was enduring a violent assault with a hot shovel at the hands of Mrs. Hannah Ashley. Bett had stepped in to prevent her sister from receiving the blow. Whatever the reason, Bett filed a suit in 1781 that would impact the lives of all currently enslaved in Massachusetts.

After Bett fled, Colonel Ashley appealed to the law to reclaim his “property.” However, with the assistance of lawyer Theodore Sedgwick, who was an abolitionist and guest at the Ashley house on occasion, Bett sued for freedom under the Constitution. The case took place at the Court of Common Pleas in Great Barrington on August 21, 1781. Attorney Sedgwick argued that the Massachusetts Constitution had outlawed slavery across the Commonwealth and that Mum Bett was not Ashley’s property. Ultimately, the jury agreed that all people are inherently free. In its ruling in 1781, the court granted her freedom and 30 shillings in damages.

Bett’s case, Brom and Bett v. John Ashley (1781), set precedent that helped effectively bring an end to legal chattel slavery in Massachusetts. The case made clear that under the new state Constitution slavery was indefensible in court. The legal system transformed Massachusetts from the first colony to legalize slavery in the United States to the first to abolish it.

Following the ruling, Mum Bett selected the name Elizabeth Freeman for herself to signify her new status and personhood. She became the beloved and paid domestic servant of her lawyer and his wife Pamela, taking care of their children while simultaneously raising her own. Before her death, she was able to purchase a small home and became well known as a midwife.

One of the Sedgwick daughters, Catharine Maria, documented Mum Bett’s life in an 1853 essay called Slavery in New England. Catharine’s essay describes Mum Bett’s formidable “longing for liberty,” and although documents containing Bett’s communications were limited due to her inability to read and write, but on one occasion, she was recorded having said

“…While I was a slave, if one minute’s freedom had been offered to me, and I had been told I must die at the end of that minute, I would have taken it…”

Following her death in 1829, the Sedgwick family buried Mum Bett in the middle of its family plot in Stockbridge. Her gravestone reads, “She was born a slave and remained a slave for nearly thirty years. She could neither read nor write, yet in her own sphere she had no superior or equal.”