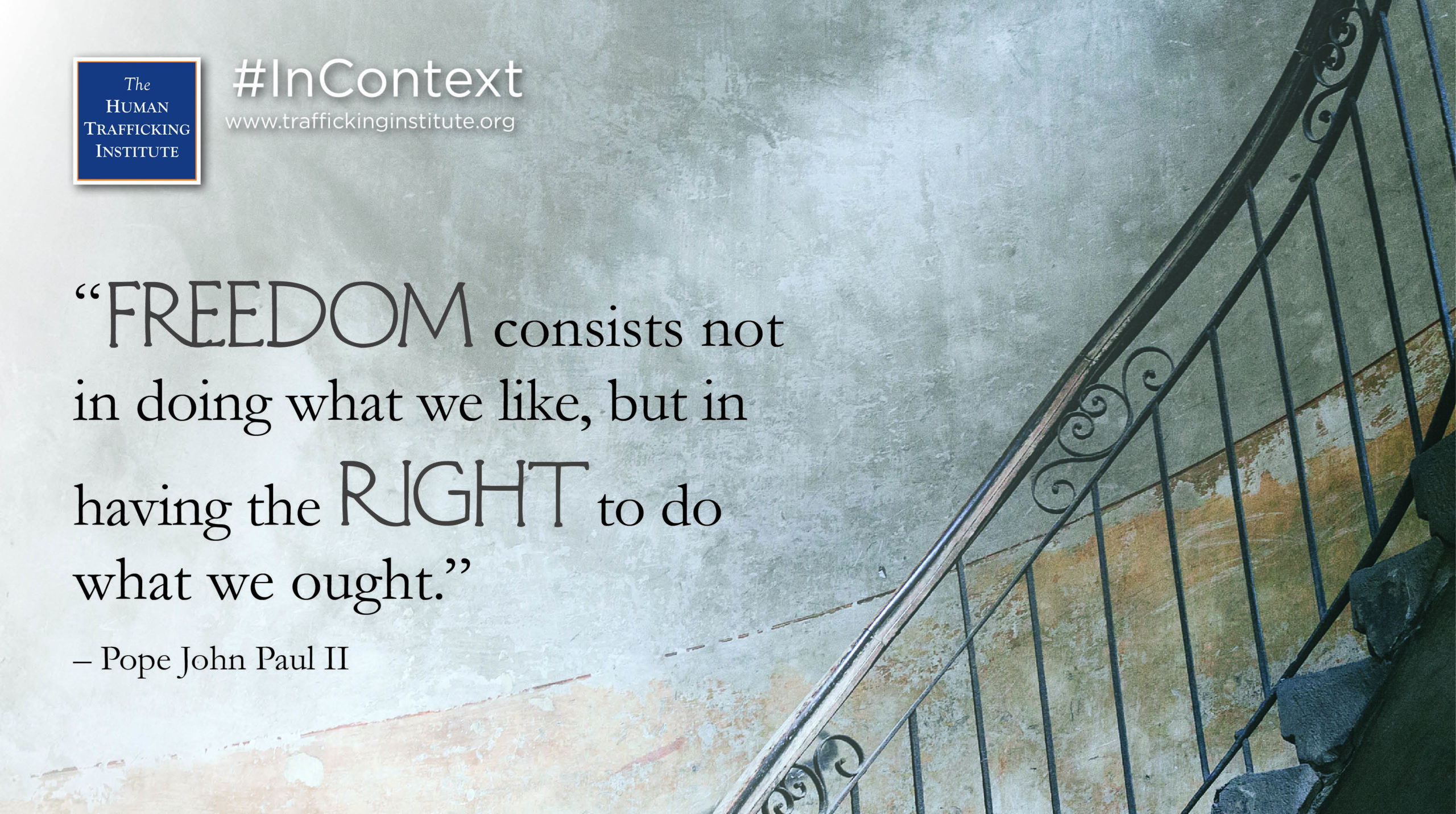 Karol J. Wojtyla, known as Saint Pope John Paul II, was raised in a small Polish town during the anti-Semitism period. A faithful Catholic, Karol rejected the segregation of Jews and took on a special love for the Jewish people, referring to them as “our elder brothers.”

Karol enrolled in Jagiellonian University in 1938, but was interrupted from his studies in 1939 when the National Socialists of Hitler’s Germany invaded Poland and closed the University. Karol took a job at a quarry in order to avoid deportation to Germany, but used the dark opportunity to illuminate the path to begin pursuing a vocation as a priest. In 1942, Karol enrolled in the underground seminary of Krakow, and was ordained to the diaconate and then to the priesthood in 1946.

Sometime later, Fr Karol worked to qualify for a university professorship and began his contribution to philosophical ethics and Catholic moral theology in 1951. For the next 20 years, Karol gained a clear understanding of the nature of humans and their call to love. This understanding continued to grow as he was appointed Bishop in 1964, a time when communism fueled great oppression in Poland and created yet another era of little defense for the oppressed.

Karol continued to fight on the behalf of the oppressed and used his role as a Cardinal to courageously defend and lead the Church of Poland. In 1978, through a an unexpected turn of events, Karol was chosen as the 263rd successor of Apostle Peter and changed his title to John Paul II.

“One hundred thirty years ago, President Abraham Lincoln asked whether a nation “conceived in liberty and dedicated to the proposition that all men are created equal” could “long endure.” President Lincoln’s question is no less a question for the present generation of Americans. Democracy cannot be sustained without a shared commitment to certain moral truths about the human person and human community. The basic question before a democratic society is: “how ought we to live together?

Surely it is important for America that the moral truths which make freedom possible should be passed on to each new generation. Every generation of Americans needs to know that freedom consists not in doing what we like, but in having the right to do what we ought.”

Saint Pope John Paul II used his role to relentlessly proclaim freedom to the captives with urgency, relevancy, and clarity. He used his time to spread a message that true freedom comes only from committing one’s life to to God and to one another, and worked to build a culture where every person, no matter age or status, knew their right to freedom, dignity, and love.

Just as Saint Pope John Paul II worked to prove that justice and freedom can be achieved for all, may we also rise to the challenge of utilizing our freedom to work for the good of others.