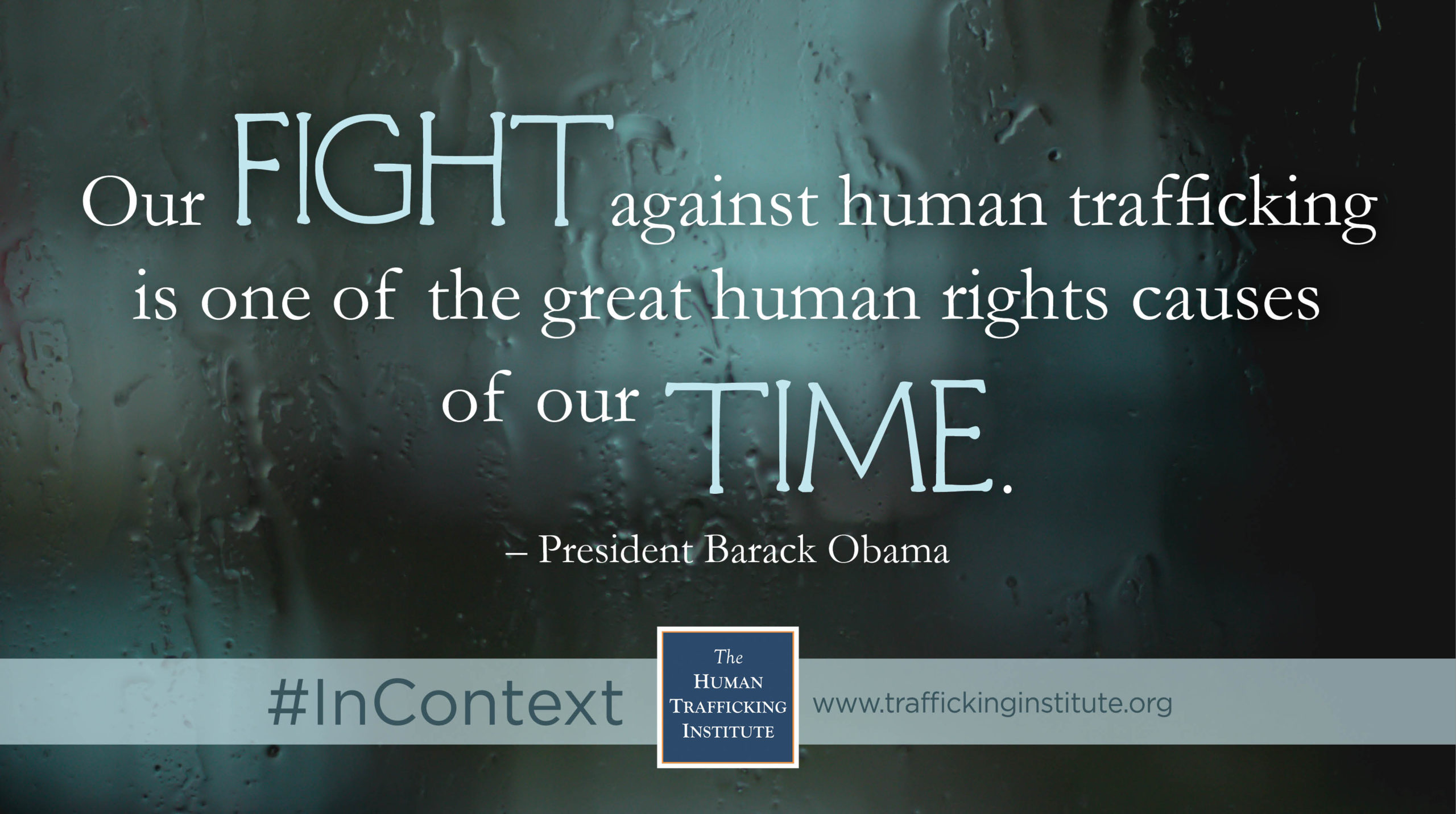 On September 25, 2012, President Barack Obama addressed attendees at the Clinton Global Initiative Annual Meeting in New York. His remarks focused on human trafficking, in which he publicly called it modern slavery. This was the first time a sitting President had given a speech dedicated to slavery since Abraham Lincoln.

Following Obama’s speech, Nicholas Kristof of The New York Times called it a “landmark speech”, while The Washington Post called it “impassioned.”

And so our message today, to them, is — to the millions around the world — we see you. We hear you. We insist on your dignity. And we share your belief that if just given the chance, you will forge a life equal to your talents and worthy of your dreams.

Our fight against human trafficking is one of the great human rights causes of our time, and the United States will continue to lead it — in partnership with you. The change we seek will not come easy, but we can draw strength from the movements of the past. For we know that every life saved — in the words of that great Proclamation — is “an act of justice,” worthy of “the considerate judgment of mankind, and the gracious favor of Almighty God.”