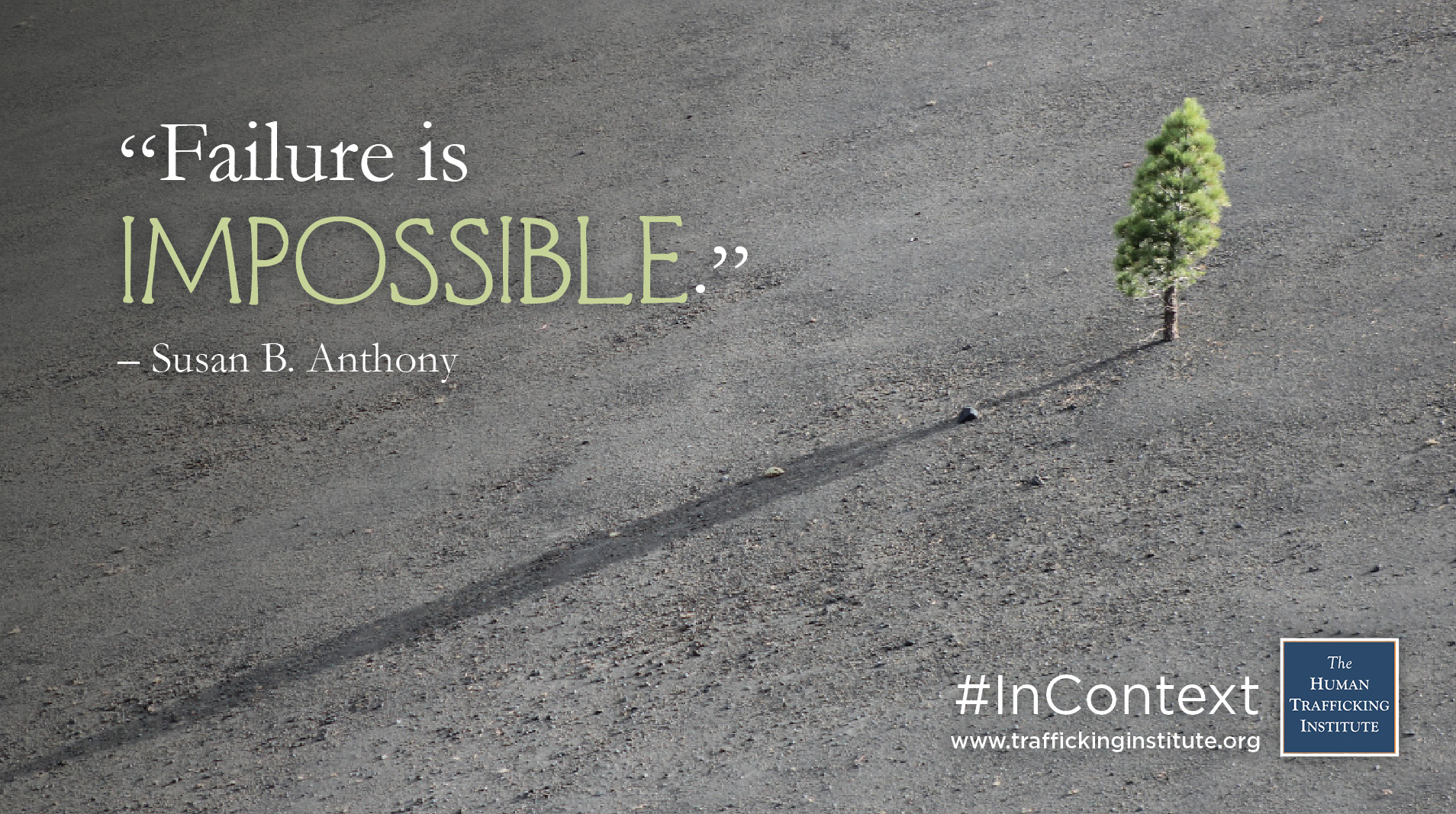 Best known as one of the most prominent leaders of the women’s suffrage movement, Susan Brownell Anthony dedicated her life to advocacy on many issues, including abolition, equal pay for equal work, and women’s property rights.

Born in 1820, Anthony grew up in a Quaker family who were engaged in issues of social equality. In the early 1950s, Anthony met Elizabeth Cady Stanton and attended her first women’s rights convention. Over the next 50 years, she would advocate tirelessly for women’s suffrage, testifying before Congress, delivering rousing speeches, organizing women across the country, and producing publications that persuasively lobbied for women’s rights.

The road to the vote was not easy. Given their shared dedication to abolition and equality, Anthony and Frederick Douglass had become close allies. The passage of the Fourteenth and Fifteenth Amendments, however, created a divisive split. The Amendments granted citizenship to former slaves and declared the rights of citizens to vote could not be denied on the basis of “race, color, or previous condition of servitude.” But, the Fourteenth Amendment explicitly referred only to male citizens over the age of twenty-one when it came to voting protections.

Anthony and Stanton vigorously objected to the exclusion of women from the Amendment, fearing it would set back the cause of women’s suffrage. Others, like Douglass, recognized the critical need for the Amendments to be passed given the threats facing African Americans and were concerned adding protections for women would cause the Amendments to fail.

In 1872, Anthony put the Amendments to the test. She, along with at least seven other women, cast her ballot in the November presidential election and was arrested two weeks later. She was prohibited from testifying during her trial. Ultimately found guilty by a directed verdict and sentenced to a fine of $100, Anthony refused to pay and used the proceedings as fodder for the cause.

With the turn of the century came Anthony’s 80th birthday and her retirement from leading the National  American Woman Suffrage Association. On her 86th birthday, shortly before her death, Anthony addressed many of the women who had helped lay the groundwork for suffrage but had yet to see its fruits. Surveying the room, she noted that with such people dedicated to the cause:

At a time when others might have been weary or dismayed, Anthony remained ever steadfast. The declaration quickly became a rallying cry of women who continued to carry the torch after her death.

In 1920, with the passage of the Nineteenth Amendment to the U.S. Constitution, Anthony’s dream of women’s suffrage was finally realized. Ratified 100 years after her birth, the Amendment, also known as the Susan B. Anthony Amendment, prohibits denying citizens the right to vote on the basis of sex.

Despite this groundbreaking victory, not all of the areas in which Anthony campaigned for equality have seen the same progress and much work remains to be done. Anthony’s forceful assertion that “failure is impossible” remains premised on the existence of talented, dedicated, and tireless advocates. Such advocates continue to champion long-lingering causes, winning victories that are sometimes small, sometimes large, but almost always hard-fought, to secure the equality of all under the law.