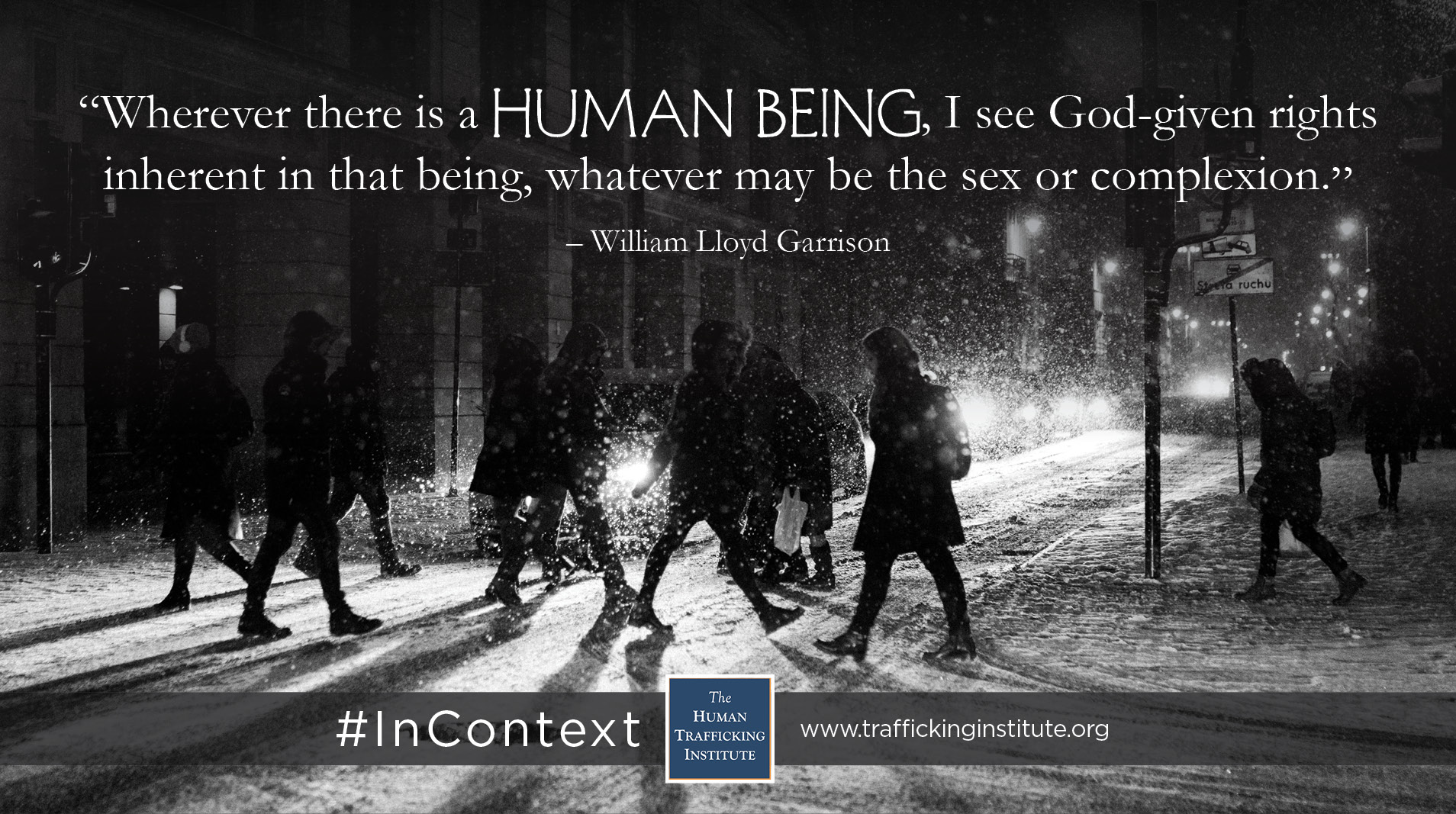 Known for creating an abolitionist newspaper called The Liberator, which garnered both positive and negative attention, William Lloyd Garrison is considered an American journalistic crusader of his time and one of the most influential people during the early fight to end slavery.

Garrison was born on December 10, 1805, in Massachusetts to a seaman who left his parents behind to immigrate to America. Garrison grew up in an atmosphere that valued kindness onto others coupled with the decline of Federalism in New England, which proved to work hand-in-hand in fueling the Abolitionist Movement. He was brought up with no formal education and sold homemade candy and lemonade in an effort to help his family, but supplemented this schooling by working for a variety of newspapers. He became involved in journalism at the early age of 13 and began working as Editor of small progressive newspapers such as the National Philanthropist in 1828, followed by the Journal of the Times from 1828-29. With a knack for fighting for a cause and spreading his truth, Garrison joined the Abolition Movement at age 25.

Garrison partnered with Benjamin Lundy, an American publisher and fellow abolitionist, to co-edit the Genius of Universal Emancipation, which was a series of anti-slavery periodicals. In this newspaper, Garrison introduced and published a segment entitled “The Black List,” which was devoted to short news reports regarding the happenings of slavery such as murders, kidnappings, and whippings. In this segment, Garrison would publish the names of individuals involved. One name was that of a merchant named Francis Todd who was engaged in coastal slave trade, who subsequently filed a libel suit against Garrison and Lundy. The state of Maryland found Garrison guilty in early April 1830, ordering him to pay a $50 fine and court costs. He refused and was sentenced to serve six months in jail, but was bailed out after seven weeks. He was released in June 1830.

After Garrison was released from jail in Maryland, he returned to Boston the year after his release and began publishing The Liberator, which became known as ‘the most uncompromising of anti-slavery journals.’ His purpose in creating the newspaper was to educate people, many of whom had never seen a slave, about the cruelty of slavery. He continued to publish his paper for the next 35 years, only ceasing publication when the 13th Amendment was passed in 1865. Through his efforts, Garrison created a platform for the minority voice to be represented and fought hard with resilience to provide such an opportunity, arguing in the inaugural issue of the paper:

“I do not wish to think, or speak, or write, with moderation. I am in earnest—I will not equivocate—I will not excuse—I will not retreat a single inch—and I will be heard.”

Garrison didn’t stop there, however, and in 1833 helped establish the American Anti-Slavery Society, which sent lecturers across the North to convince people of slavery’s brutality. His role in the society was pivotal, especially in influencing the creation of the Western Anti-Slavery Society. In 1840, however, the society decided to split up as Garrison and his followers’ approach seemed too radical and aggressive to other members, calling for the creation of a new government that disallowed slavery and claiming that the current U.S. Constitution was an evil document that made allowances for slavery by denying African Americans their freedom. They also argued that if the South did not agree, the North should secede and form its own nation.

The other abolitionists, who agreed slavery was wrong but did not want to fracture the American system. decided to form the Liberty Party with the goal to elect people of their beliefs to political offices so they could pass legislation outlawing slavery. Over time, this party was replaced first by the Free-Soil Party, then finally by the Republican Party.

As an outspoken abolitionist, Garrison acquired a tremendous amount of hatred from southern slave owners and often received death threats. The Georgia legislature went so far as to place a $5,000 bounty on his head. His message wasn’t widely accepted in the north either, due to its radical nature, and mobs were known to attack him during his speeches. Despite these setbacks, he refused to back down.

During the latter portion of his life, Garrison focused largely on aiding the Women’s Rights movement, as he believed basic human rights should be afforded to all. He delivered a speech at the Women’s Rights Convention of 1853, in which he addressed his mission and what he stood for by saying:

“I have been derisively called a ‘Woman Rights Man’ . I know no such distinction. I claim to be a human rights man; and wherever there is a human being, I see God-given rights inherent in that being, whatever may be the sex or complexion.”

By 1865, the America Civil War was over and much of what he was fighting for had some to reality. He witnessed the Emancipation Proclamation as well as the passing of the 13th, 14th, and 15th amendments. In December 1865 he published the last issue of The Liberator and announced that his lifework as an abolitionist has come to an end. He spent his last 14 years in retirement from public affairs, though regularly supported the Republican Party and continued to champion temperance, women’s rights, pacifism, and free trade.

Garrison died on May 24, 1879, in New York. His life’s work in the Abolitionist Movement had a tremendous impact on the nation we know today. His story encourages us to keep pushing forward in the fight to decimate modern day slavery in spite of adversity we may face.