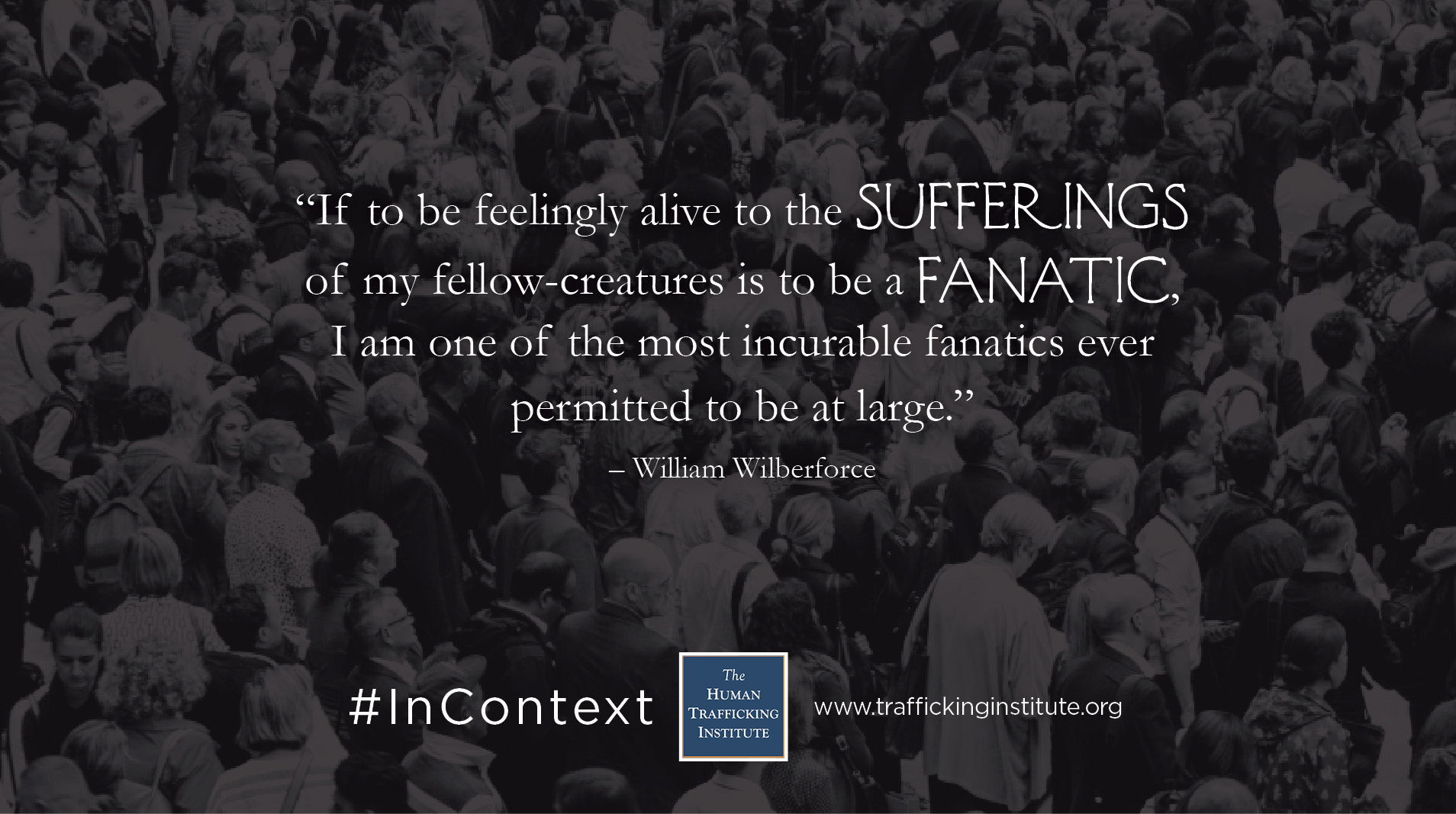 William Wilberforce was a nineteenth century British member of Parliament who dedicated his life and political career to the abolition of slavery. He is widely regarded as the “voice of the abolition movement” and his advocacy brought about substantial and lasting change in terms of the slave trade in early 1800s England.

Wilberforce was not always concerned with issues of human rights and justice. In his young adult years, he spent his time attending the theatre and balls and playing cards. He was left a sizable inheritance by his father and grandfather and so he devoted his early university years to his social life as opposed to academic studies. Wilberforce was known for his charismatic personality and excellent conversation skills, and his longtime friendship with future prime minister William Pitt gave him an early inclination towards politics.

Elected to Parliament in 1780 at the age of twenty-one, Wilberforce became well-known during his early years for his commanding political speeches. He gained substantial support in Parliament despite his frequent tardiness and lack of organization. Wilberforce’s party lifestyle continued until his mid-twenties when he converted to evangelical Christianity and began reconsidering his lifestyle and value system. Wilberforce remained in Parliament, but his newfound faith began to shape the issues he cared about and the bills he sponsored which began to focus on issues of criminal and humanitarian reform.

While at a friend’s dinner party a year prior to his conversion, Reverend James Ramsey first introduced Wilberforce to the horrifying realities of the slave trade. Wilberforce did little with the information at the time, but after his conversion, his drive for justice grew. At the urging of some friends who wanted Wilberforce to sponsor a movement towards abolishing the slave trade in Parliament, he began to more deeply study the issue of slavery.

Wilberforce hesitated at first to be the sponsor of such a movement because he felt he did not know enough on the topic. When a group of abolitionists arranged a dinner party in order to officially ask Wilberforce to represent the movement in Parliament, he responded that he would, “provided no person more proper could be found.” It was not until the spring of 1787 that William Pitt, then the Prime Minister, turned to Wilberforce and said, “Wilberforce, why don’t you give notice of a motion on the subject of the Slave Trade? You have already taken great pains to collect evidence, and are therefore fully entitled to the credit which doing so will ensure you. Do not lose time, or the ground will be occupied by another.” Wilberforce, unable to deflect such a direct call to action, finally made the decision to act as the face of the movement in Parliament.

On May 12, 1789, Wilberforce made one of his first speeches on the abolition of slavery to Parliament, calling for Parliament to pass a bill that would begin the abolishment of the slave trade in England and its colonies. In it, Wilberforce passionately charged the members of Parliament:

“I mean not to accuse any one, but to take the shame upon myself, in common, indeed, with the whole parliament of Great Britain, for having suffered this horrid trade to be carried on under their authority.

We are all guilty – we ought all to plead guilty, and not to exculpate ourselves by throwing the blame on others; and I therefore deprecate every kind of reflection against the various descriptions of people who are more immediately involved in this wretched business.”

Despite his passionate plea, the Abolition Bill failed. However, Wilberforce was not done. Over the following years, he presented vivid details to Parliament regarding the condition of slave ships and worked to change the minds of his fellow politicians towards the slave trade despite a robust opposition of anti-abolitionists. In 1807, eighteen years after Wilberforce introduced the Abolition Bill, it passed Parliament with 283 votes to 16, making the slave trade illegal on all British ships. The Bill’s passage was a major accomplishment for Wilberforce, however, his advocacy for the abolition of slavery was far from over. While the Bill prohibited the transport of slaves, it had no effect on the existing system of slavery within Britain and all of its colonies. Opponents of Wilberforce’s call went so far to call him a fanatic. In response, he cried,

“If to be feelingly alive to the sufferings of my fellow-creatures is to be a fanatic, I am one of the most incurable fanatics ever permitted to be at large.”

Although Wilberforce retired from politics in 1825, he remained fully invested in the fight for abolition, passing the torch on to Parliament member Sir Thomas Fowell Buxton. The Emancipation Bill abolishing slavery in Britain was passed on July 26, 1833. Wilberforce, three days after receiving the news that his lifetime of advocacy had finally succeeded, passed away on July 29, 1833. Wilberforce’s lifelong battle for freedom has lived on throughout the centuries. So much so that the United States Congress named the 2008 reauthorization of its federal human trafficking statute the William Wilberforce Trafficking Victims Protection Act.