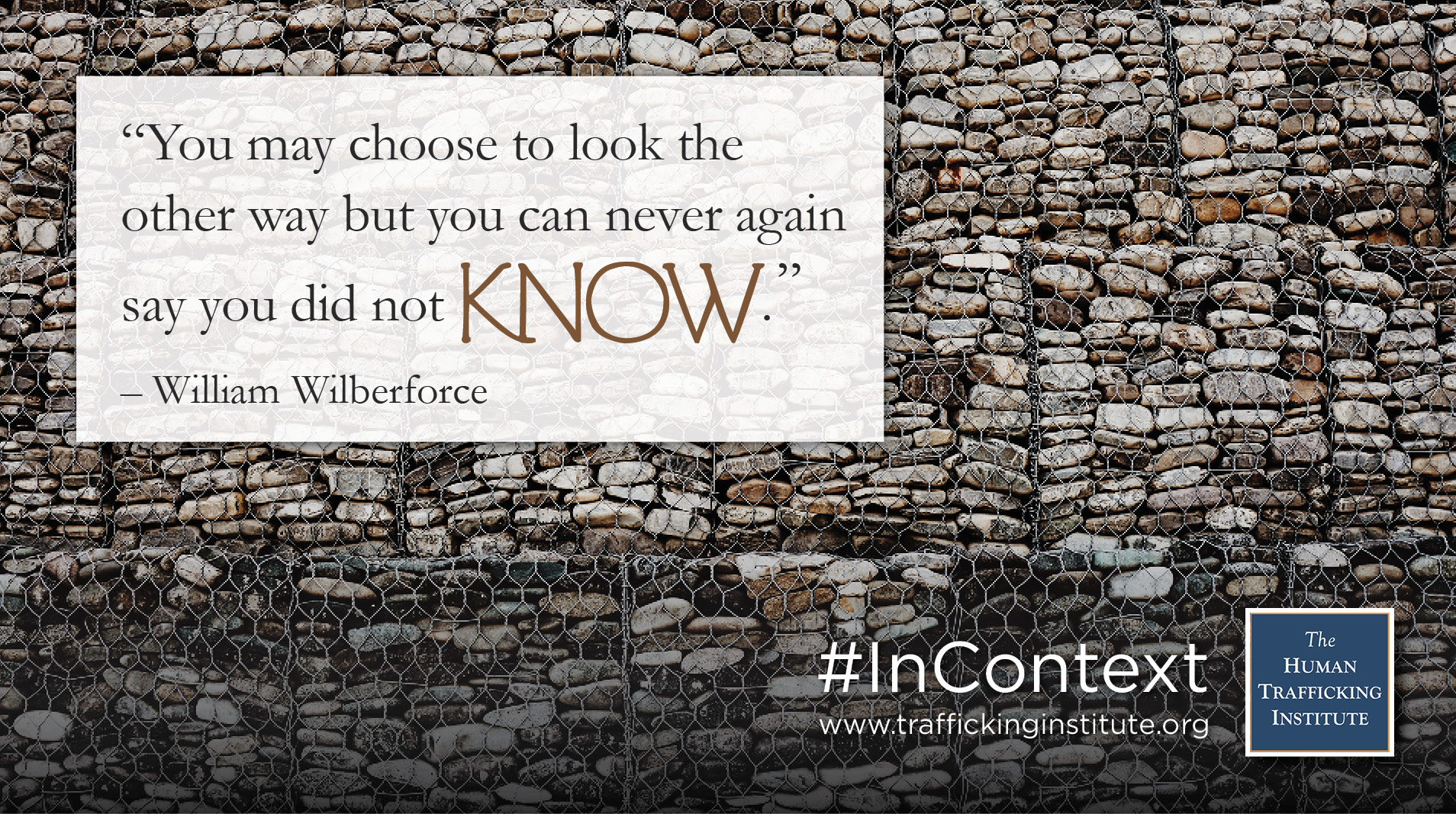 Between 1640 and 1807, Great Britain was the largest supplier of slaves in the New World, responsible for transporting over 3 million Africans (many of whom died on the way) to its colonies in the Caribbean and the Americas.

By the time William Wilberforce was elected to Parliament in 1780, the Triangle Trade was an accepted part of the British world. Through this type of trade, English merchants carried cash to the coast of West Africa where they bought or captured slaves, who were then sold in the Americas, where they labored on large plantations to produce sugar and other crops that were shipped to the English ports of London, Bristol and Liverpool. Cash, crops, and people: the three legs of an Atlantic economy that made the British empire rich.

So, when he spoke against slavery in his 1789 speech to the English House of Commons, Wilberforce was swimming upstream. He didn’t hold back. He presented his reasons with airtight logic and the use of rhetorical questions that bordered on snarky.

How then can the House refuse its belief to the multiplied testimonies, before the Privy Council, of the savage treatment of the negroes in the middle passage? Nay, indeed, what need is there of any evidence? The number of deaths speaks for itself, and makes all such inquiry superfluous. As soon as ever I had arrived thus far in my investigation of the slave trade, I confess to you, sir, so enormous, so dreadful, so irremediable did its wickedness appear, that my own mind was completely made up for the abolition. A trade founded in iniquity, and carried on as this was, must be abolished, let the policy be what it might, let the consequences be what they would, I from this time determined that I would never rest till I had effected its abolition.

Click here to listen to an excerpt of his speech to the House of Commons 1789 in which he states his commitment to see the abolition of slavery.

This commitment and imploring of others to join the cause to abolish slavery was Wilberforce’s life pursuit. In a 1791 speech in House of Commons, he reminded the members:

“Having heard all of this you may choose to look the other way but you can never again say you did not know.”

Ultimately, Wilberforce calls the English parliament to account for the evil that had been going on beneath their noses for far too long. They could no longer pretend not to know. They were without excuse. “It is now brought so directly before our eyes that his House must decide, and must justify to all the world, and to their own consciences, the rectitude of the grounds and the principles of their decision.”

On March 25, 1807, the Abolition of the Slave Trade Act abolished the Slave Trade in the British colonies. It was carried by 267 votes. However, this was not a vote to abolish slavery as a whole throughout the British Empire, just the trade in enslaved people. Wilberforce, along with a group of friends – later known as the Clapham Sect – continued to work for the abolition of all slavery within the British Colonies for nearly three more decades. On July 26, 1833, the Abolition of Slavery bill passed on its third reading in the House of Commons. Three days later, on July 29, Wilberforce died.