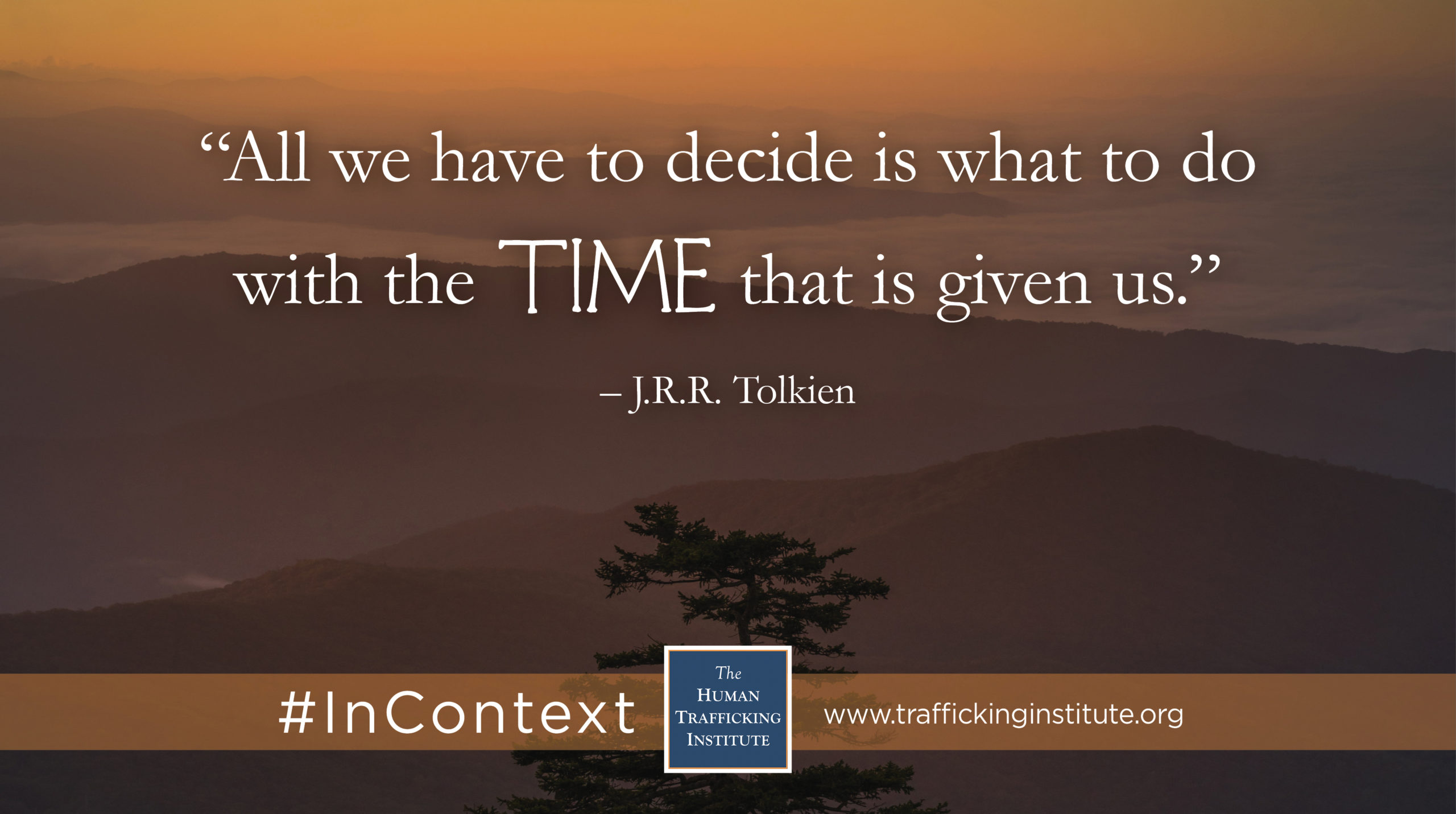 J.R.R. Tolkien, the author of the well-known trilogy The Lord of the Rings, exemplified leading a meaningful life, even in the face of adversity. Both Tolkien’s personal life and his celebrated books epitomize that lesson.

Born in 1892, Tolkien suffered a difficult childhood. His father passed away when Tolkien was only four, followed by his mother when he was about twelve. Tolkien’s family was not well off, and his mother’s death left him orphaned and destitute. He relied on the kindness of others to survive, and he diligently applied himself to his studies, persevering through the loss.

When World War I broke out, Tolkien deployed to France. But after just four months on the battlefront, he contracted “trench fever,” an infection spawned by the front’s unsanitary conditions. He largely recovered after about a month of rehabilitation, but continued to suffer recurrences of the illness over the next two years.

While teaching, Tolkien—inspired by of one of his students—wrote The Hobbit and The Lord of the Rings. Stated simply, the books tell the story of a hobbit (a physically unimposing mythical species) who is selected to go on an epic journey to destroy a sinisterly powerful ring that has wrought turmoil on their world. At great personal risk and with heavy reliance on their strong morals, the hobbit, Frodo, and his friends achieve the ring’s destruction, thereby restoring balance to their society. It is, plainly put, the story of ordinary people taking steady action in the face of significant adversity to make a difference.

Gandalf, a powerful wizard, charges Frodo with his mission and explains the history of the ring to him. “‘I wish it need not have happened in my time,’ said Frodo. ‘So do I,’ said Gandolf, ‘and so do all who live to see such times. But that is not for them to decide. All we have to decide is what to do with the time that is given us.’” These words convey feelings of both fated destiny and choice. Fated destiny in the sense that we do not get to choose when we are born and what issues our society faces at that time, but free will in the sense that we do get to decide how we respond to those problems.

Gandolf’s words remind us that, according to how we choose to use our time, we are each capable of making a meaningful difference. This theme resonates strongly in the anti-trafficking movement. Ending modern-day slavery often seems like a monumental task too difficult to accomplish at all, let alone by one person trying to change things for the better. But Tolkien’s life and works remind us that intentionality and perseverance are required to overcome adversity. It is fitting that Tolkien’s fictional story mirrors the very lesson that he learned throughout his own life: that every person is gifted with time and talents they may choose to use for good. We, of course, wish that slavery didn’t still exist in our times. But the reality is that it does, and so we have to determine how we’ll respond. Will we choose to let evil triumph or will be we be people who take steady action to eradicate human trafficking?