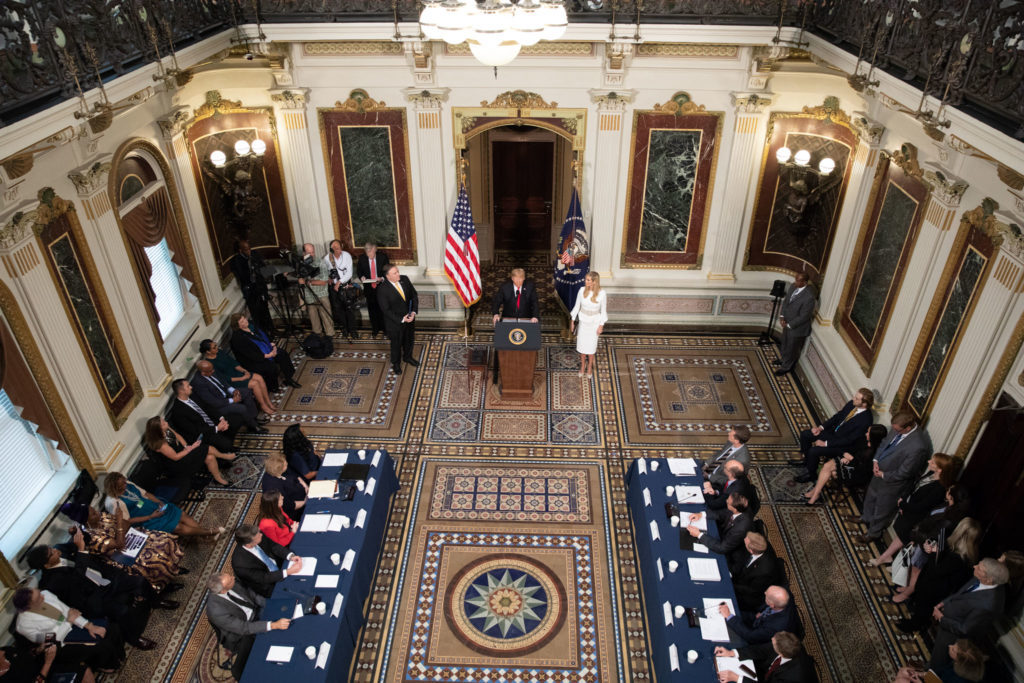 The U.S. Advisory Council on Human Trafficking is a formal platform for survivors to advise and make recommendations to anti-trafficking policies in the federal system. The makeup of the council currently includes seven survivors of human trafficking, each representing a broad range of backgrounds and lived experiences. The position has a two-year term limit.

The Public-Private Partnership Advisory Council to End Human Trafficking exists to advise and provide recommendations to the President’s Interagency Task Force to Monitor and Combat Trafficking as well as the Senior Policy Operating Group. The makeup of the council includes up to 14 representatives from nongovernmental organizations, academia, and non-profit groups who have significant knowledge and experience in the anti-trafficking arena. The position has a two-year term limit.

This year’s appointees are:

Timothy Ballard, Founder and CEO of Operation Underground Railroad (O.U.R.), a non-profit dedicated to helping children enduring sexual exploitation. He previously spent more than a decade working as a Special Agent for the U.S. Department of Homeland Security, specifically the Internet Crimes Against Children Task Force.

Teresa Lynn Davidson, Human Trafficking Coordinator for Mercy Hospital in Cedar Rapids, Michigan. She is also the Co-Founder and President of World Missions Plus, a non-profit that raises awareness, support, and hands-on assistance to developing nations.

Bruce Deel, Founder and CEO of City of Refuge, a non-profit seeking to transform communities in and around Atlanta, Georgia, by providing mental health care, educational and vocational training, case management, and other services.

Jennifer Jensen, Founder and Executive Director of the Global Family Care Network, a non-profit working to protect families and at-risk children through supporting local community organizations, volunteer caregivers, and donors. One of the Network’s projects — the Daughter Project — focuses on caring for children who have been sexually exploited or trafficked.

Diana Mao, Co-Founder of the Nomi Network, a non-profit working to provide safe and sustainable economic opportunities to protect and empower women vulnerable to human trafficking. She is also a Co-Chair for the Nexus Human Trafficking Modern Day Slavery Work Group.

Linda Smith, Founder and President of Shared Hope International, a non-profit dedicated to ending sex trafficking through prevention, restoration, and criminal justice reform. She also authored several books including From Congress to the Brothel and Renting Lacy and served for 10 years as a Washington State legislator.

Kristin Weis, Co-Founder of the Demand Project, a non-profit working to eradicate sexual exploitation, especially in children, through ending the demand for these types of illegal services.