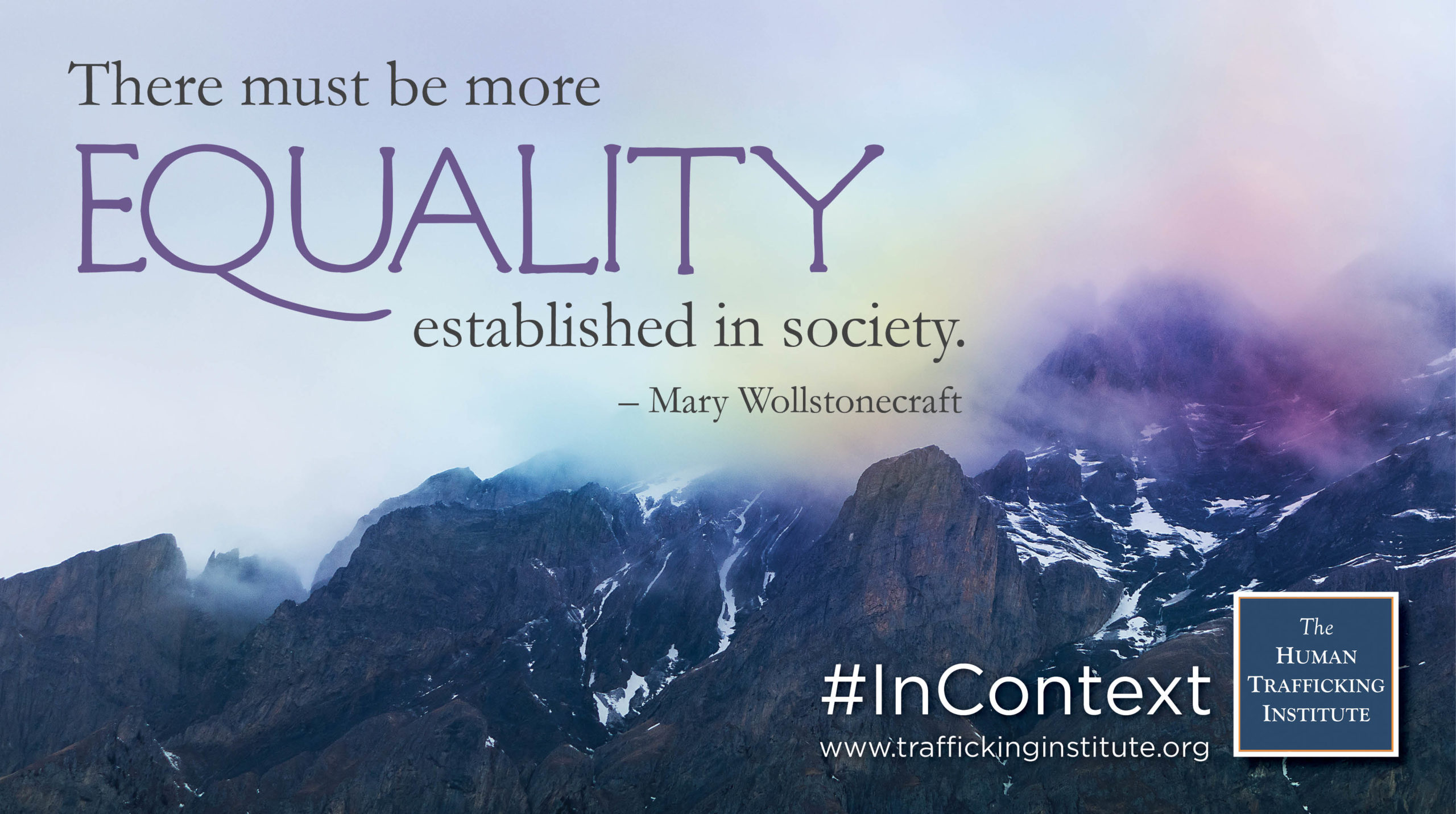 Mary Wollstonecraft provocatively compared the women of 18th Century England to slaves in her groundbreaking feminist classic, A Vindication of the Rights of Women. They were not literally slaves, but in a time when women were denied equal access to education, jobs (besides childrearing and housekeeping duties), voting rights, and general influence on society or the direction of their own lives, they were undeniably second-class citizens. In this treatise, she writes:

“There must be more equality established in society, or morality will never gain ground, and this virtuous equality will not rest firmly even when founded on a rock, if one half of mankind are chained to its bottom by fate, for they will be continually undermining it through ignorance or pride.”

Wollstonecraft herself was a teacher, governess, and translator for publisher James Johnson, who published her novel, Mary. She also wrote a history of the French Revolution, which she observed firsthand while living in Paris in the early 1790s. She had her first daughter there by American Captain Gilbert Imlay, then returned to her native London when their relationship collapsed and drove her to suicidal depression.

Through her connection with James Johnson, Wollstonecraft brushed shoulders with the likes of Williams Wordsworth, William Blake, and Thomas Paine after her return to London. She married William Godwin and died soon after the birth of their daughter in 1797.

Mary Wollstonecraft’s second daughter was none other than Mary Shelley, the author of Frankenstein, whose popularity ensured that women would have a foothold in modern horror literature and science fiction.

If the thrust of Vindication was to argue that educating men and women equally would benefit society as a whole, then the rights of women have indeed been vindicated by the numbers in recent years. According to the World Bank and other international institutions, female education is good for economic growth. Those countries that educate their girls reap the benefits of equality.

Human traffickers enslave their victims because cheap labor is more profitable for an individual business, but it would come as no surprise if the end of slavery ultimately stimulates overall, world-wide economic growth. Former victims and would-be victims become free to use their fair wages on consumer goods and are able to become entrepreneurs and contribute holistically to society. The jury is still out on that particular vindication, but let’s end slavery to find out.