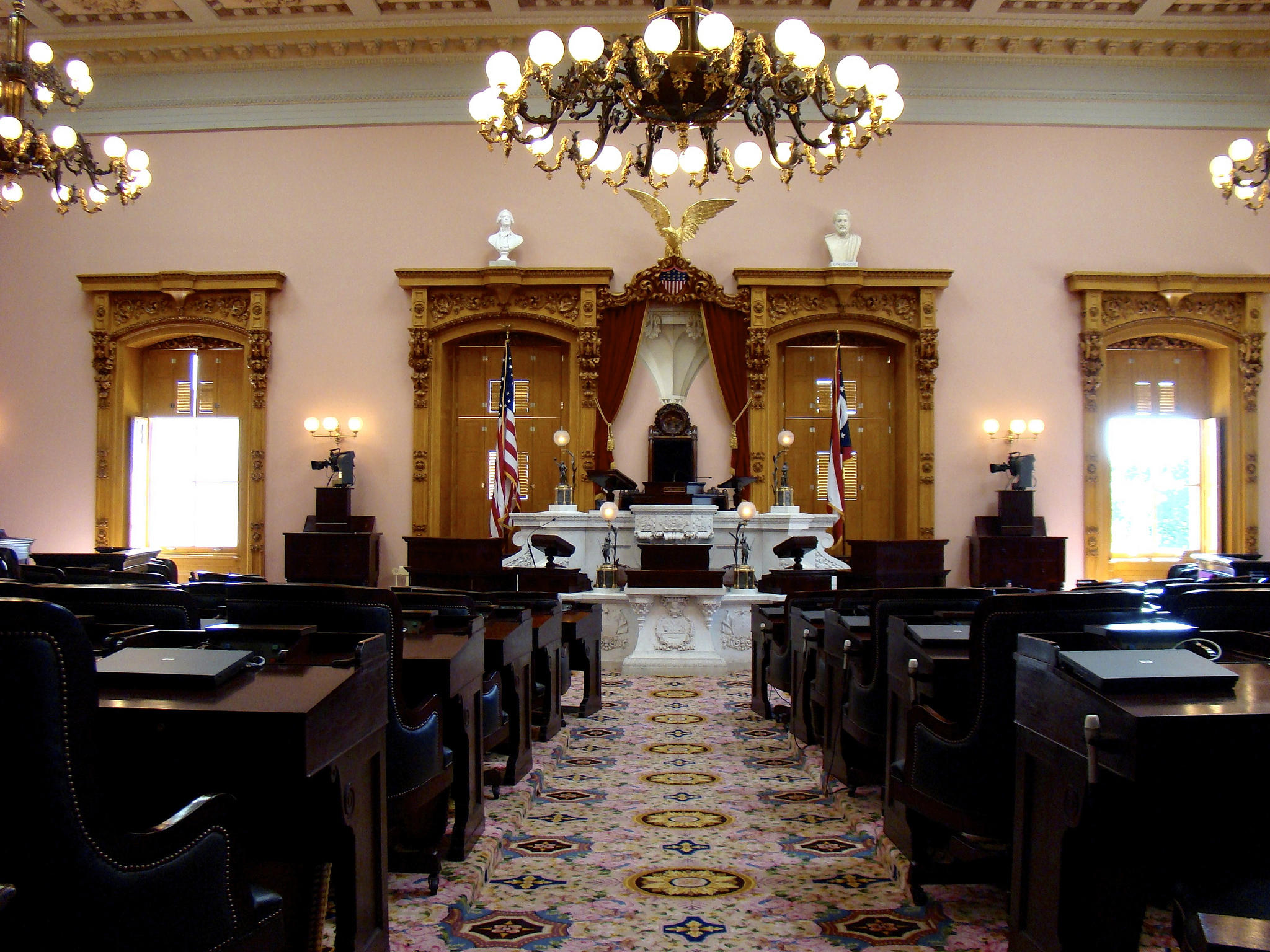 Last month the Ohio Legislature passed SB 4, anti-human trafficking legislation clarifying the types of crimes that can be expunged from a survivor’s record. Senate Bill 4 embodies the latest leap forward1 in Ohio’s pursuit of creating a just system response to slavery and exploitation in our state. In short, SB 4 establishes the following additional protections and clarifications to Ohio’s existing record expungement statutes for survivors of trafficking:

• For survivors previously convicted of any of six specified offenses2 previously included in Ohio’s existing human trafficking law, the law expands the types of criminal offenses for which a victim can have her or his record expunged. This includes any offense resulting from being a victim of human trafficking or compelled prostitution.

Record expungement as a critical protection for trafficking survivors

While record expungement for victims of human trafficking has existed as a protection in Ohio since 2012, the story of Ohio’s continually evolving progress in the fight against trafficking highlights some important practical takeaways for advocates and policymakers everywhere as we continue to develop, enact and refine policy efforts that most effectively support survivors as they rebuild their lives. In particular, Ohio’s work to provide victims with the opportunity to expunge past criminal records reflects the complex process of making good intentions a practical reality for survivors and their families. 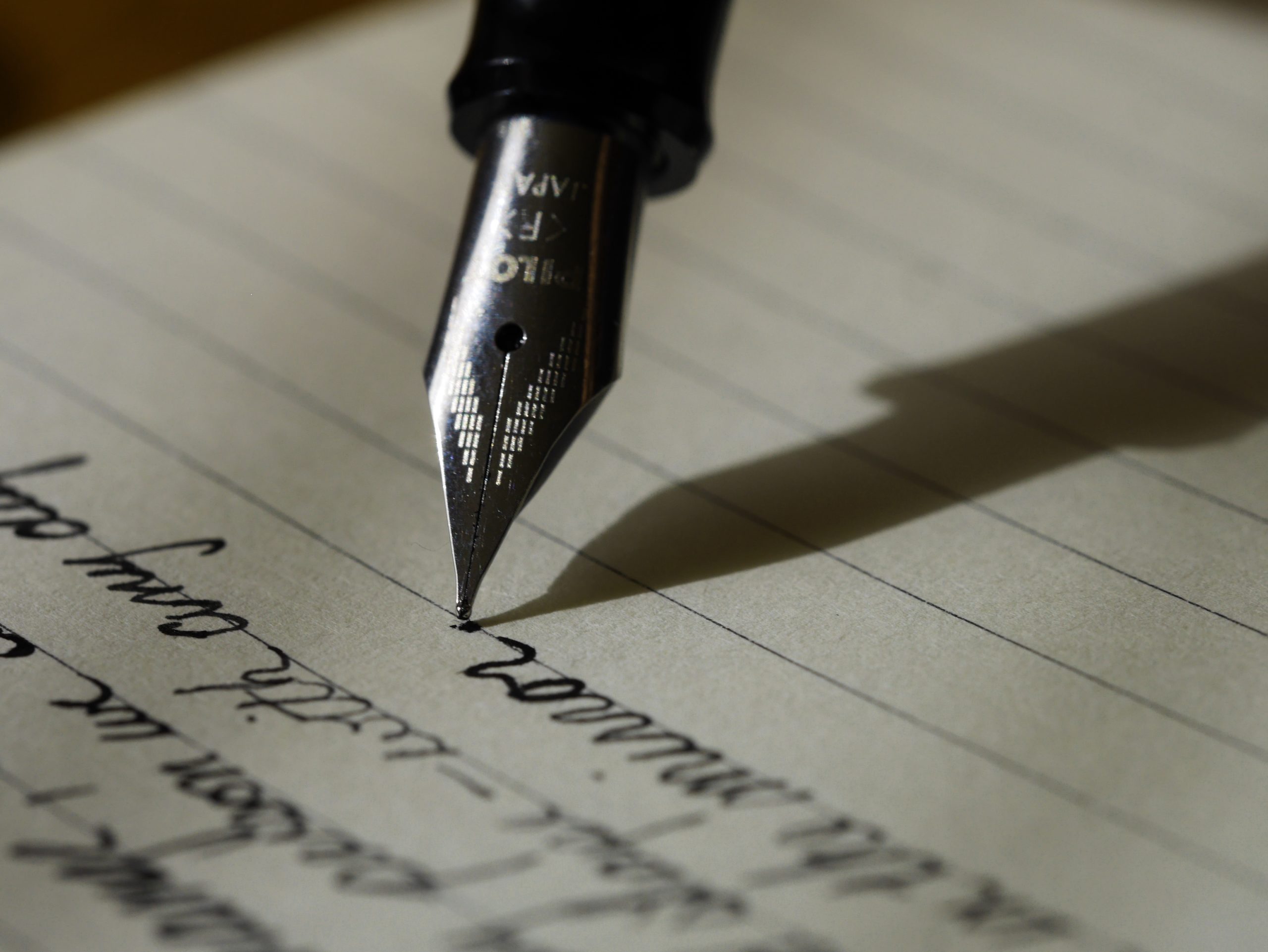 Over the last few decades, an extraordinary movement driven by a diverse and tenacious group of advocates, policymakers and grassroots organizations has supported successful policy victories combating human trafficking and exploitation across the country. While there is not necessarily a perfect “one size fits all” set of anti-trafficking laws comprising a response, certain specific components are necessary to more holistically and effectively address the needs of survivors of sex and labor trafficking at the state and local levels.3

Of these components, access to record expungement is a critical legal protection for survivors, both symbolically and functionally, as it reframes criminal activities committed by victims during their exploitation as the direct results of force, fraud and coercion (or in Ohio’s case, compulsion) by traffickers. Emily Dunlap, an attorney with Advocating Opportunity, an Ohio-based non-profit that provides legal support to survivors throughout the state, succinctly notes: “Expungement for human trafficking survivors is a way to correct past mistakes in the criminal justice system, as victims are forced to commit crimes or take the fall for crimes their traffickers commit.”4

While the legal mechanics of record expungement are complex and technical, to survivors, gaining the legal right to expunge criminal activity committed while she or he was trafficked is anything but esoteric. A survivor advocate from Columbus summed it up well when she noted that until a trafficking survivor’s record is expunged, “It’s like our lives are on hold.”

Having second and third-degree misdemeanors removed from her or his record gives a survivor access to elements foundational to basic human survival and recovery, such as the ability to obtain employment or rent an apartment. Shelter and economic security are life-saving protections critical to regaining custody of children and maintaining the ability to pursue recovery and wholeness. And expunging records are an important means to help alleviate shame and stigma caused by the trauma of trafficking.

When Ohio’s sweeping human trafficking law was enacted in 2012, few victims had been formally identified by Ohio’s criminal justice system at that point in time, with the notable exception of an incredibly forward-thinking municipal court judge in Central Ohio who was keen enough to understand that many defendants standing before him with extensive prostitution and solicitation records appeared to have more in common with victims of domestic violence than felony perpetrators.

And so it’s not terribly surprising that in the immediate years after HB 262 passed5, most survivors benefitting from record expungements were participants in that same judge’s own CATCH Court in Central Ohio. Over time, as other portions of Ohio’s comprehensive anti-trafficking statutes and policies— such as mandated training of all law enforcement officers and a statewide public awareness campaign—began to yield impact, more victims were identified throughout courts across the state, and more survivors found hope in the possibility of record expungement.

But as juvenile and adult victims began to be identified through an increasingly holistic system response throughout Ohio’s 88 diverse counties, questions arose among courts, advocates and prosecutors over how broadly the expungement statute could be interpreted and what types of crimes could legally be expunged. 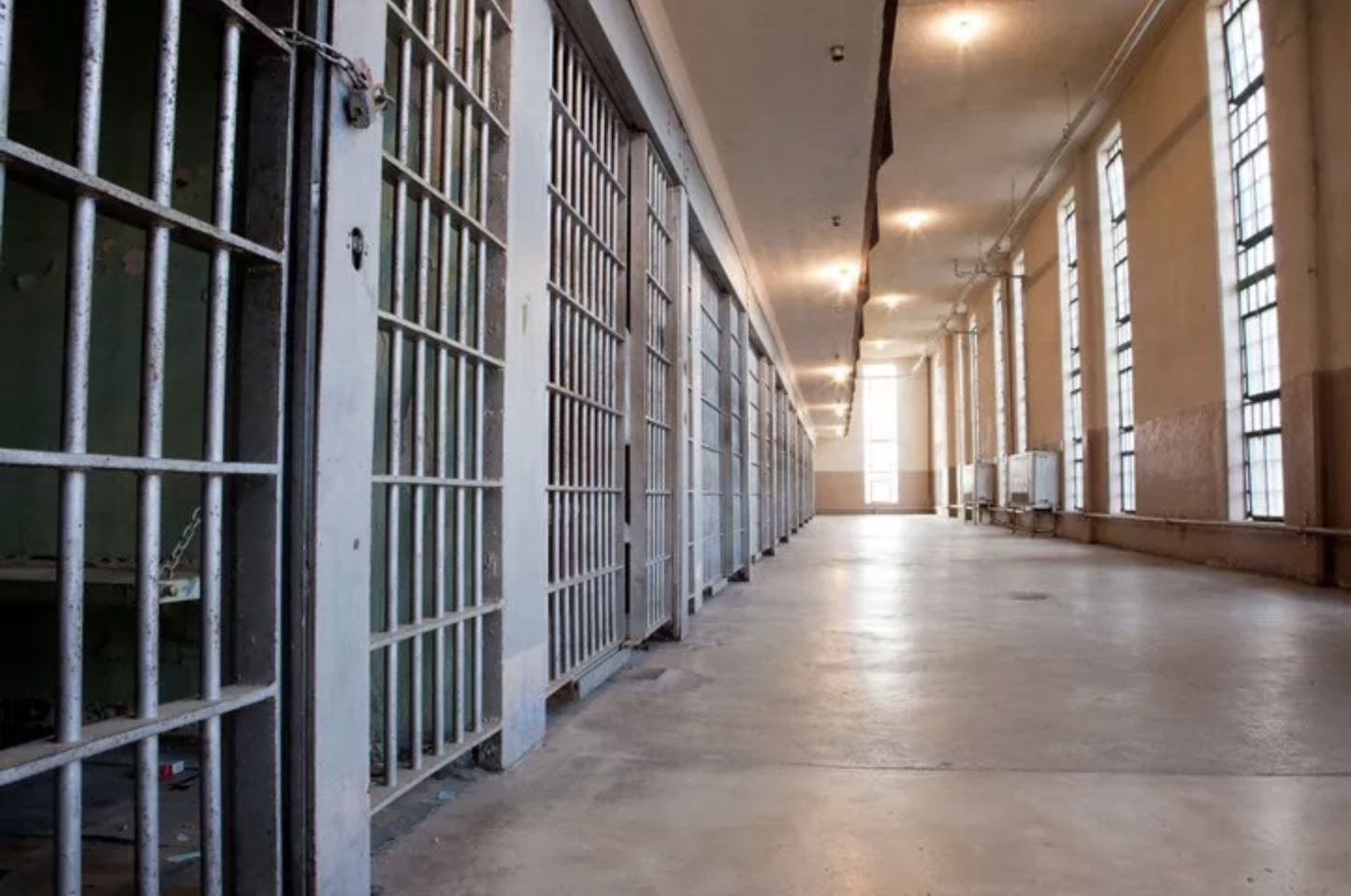 With more courts and advocates seeking to use Ohio’s expungement statutes to support survivors, conversations around specific cases led the Ohio legislature to revisit the expungement statute, resulting in a prolonged technical policy discussion between advocates, the Ohio Prosecuting Attorneys Association, and state legislators. As in other states, much of Ohio’s most recent debate centered on the need to balance the rights of trafficking victims who have endured significant trauma with the perceived or actual needs of existing criminal codes and public safety. While many cases involve convictions of prostitution, solicitation and drug charges, others (as well as some drug offenses) rise to the level of first and second-degree felonies under the Ohio Revised Code.

Ultimately, a compromise resulted in new provisions that broaden the types of crimes that can be expunged from a victim’s record, such as solicitation, unlawful possession of drugs and/or drug paraphernalia, felony theft, etc. The new law extends protections to explicitly cover any offense which resulted from the offender being a victim of human trafficking, including records of offense for which they were found not guilty or for which the charges were dismissed, as arrests without convictions can also preclude employment and housing opportunities.

For survivors seeking expungement for first or second-degree felonies, the law specifies factors a court must consider in deciding whether to grant expungement, such as the degree of duress under which a victim acted and the length of time that has passed since the victim committed the relevant offense.6 The law also requires that courts find that the survivor’s interest in having the records expunged are not outweighed by legitimate government needs to maintain the records.

However, SB 4’s expanded scope now explicitly excludes certain felonies, such as murder, aggravated murder and rape, as convictions that cannot be expunged. Previously, Ohio’s expungement statute for human trafficking victims did not include any limitations on the types offenses eligible for conviction.

Since 2012, through new laws and the creation of the Governor’s Ohio Human Trafficking Task Force, Ohio has devoted significant resources to help law enforcement identify victims of human trafficking as victims, not criminals. Part of the hope of these efforts is to reduce arrest rates of exploited children and adults, and no longer portray the victim as a criminal. Thus, specifying these predicate offenses as conditions will prevent some survivors from accessing record expungement.

This result is clearly not a perfect compromise. Yet overall, SB 4 provides an important protective measure that truly improves many survivors’ access to justice, and as Dunlap notes, the new law “will help so many people start with a clean slate, a prospect that is life-changing.” 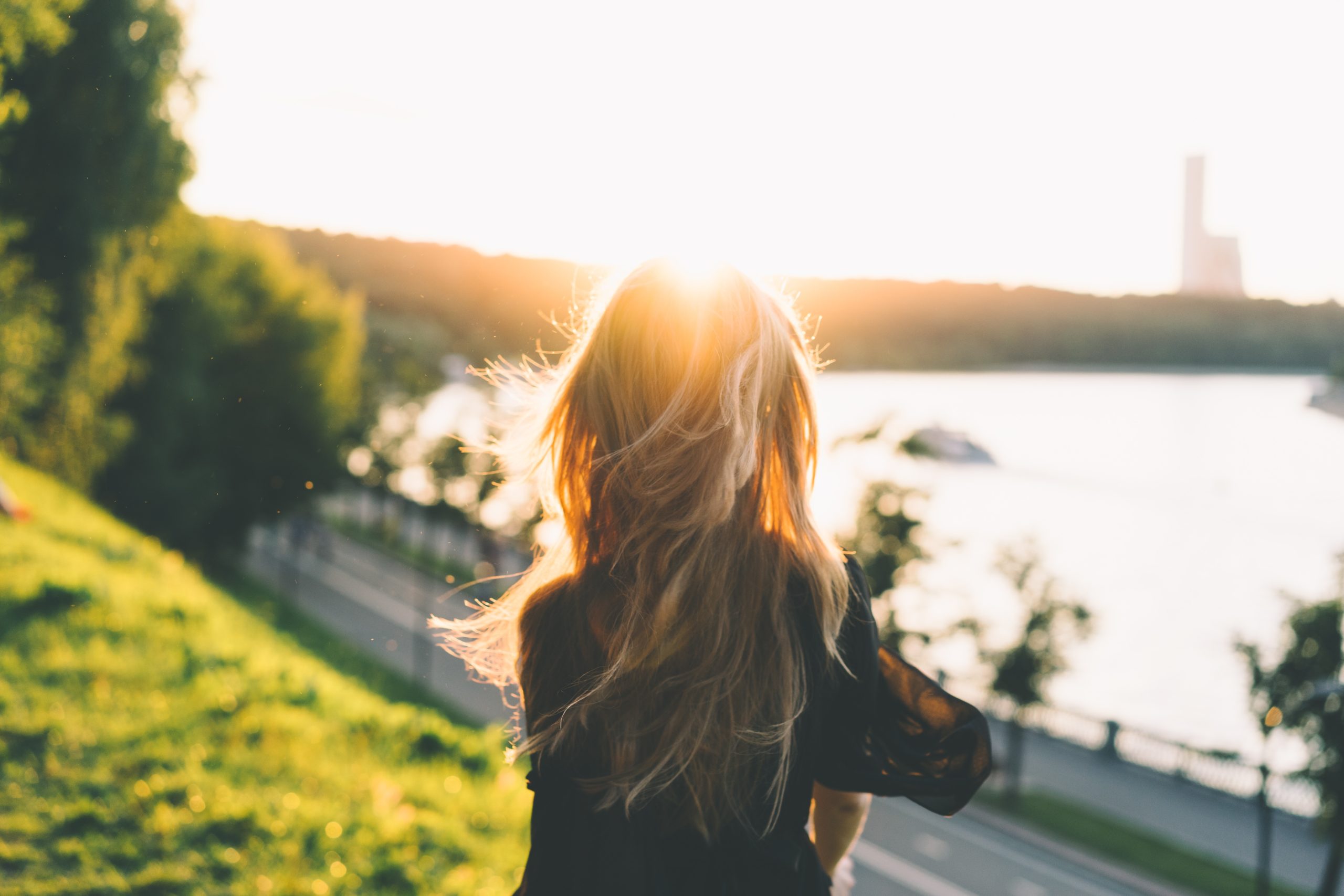 While Ohio continues to make significant strides in its fight against human trafficking, with the inclusion of SB 4, the conversation must continue. Effectively implementing new policies and processes well and within the unique contexts of 88 counties takes time and effort. To date, we have seen significant gains indicating that more victims of sex and labor trafficking, of all ages, gender and ethnicity, are being identified for the first time and receiving critically needed assistance to rebuild their lives.

Perhaps most encouragingly, with the added protections made possible through SB 4, the next time the legislature revisits the expungement issue or any policy matter impacting trafficking victims, Ohio will have even more survivor advocates driving their own recovery to tell us the best way forward.