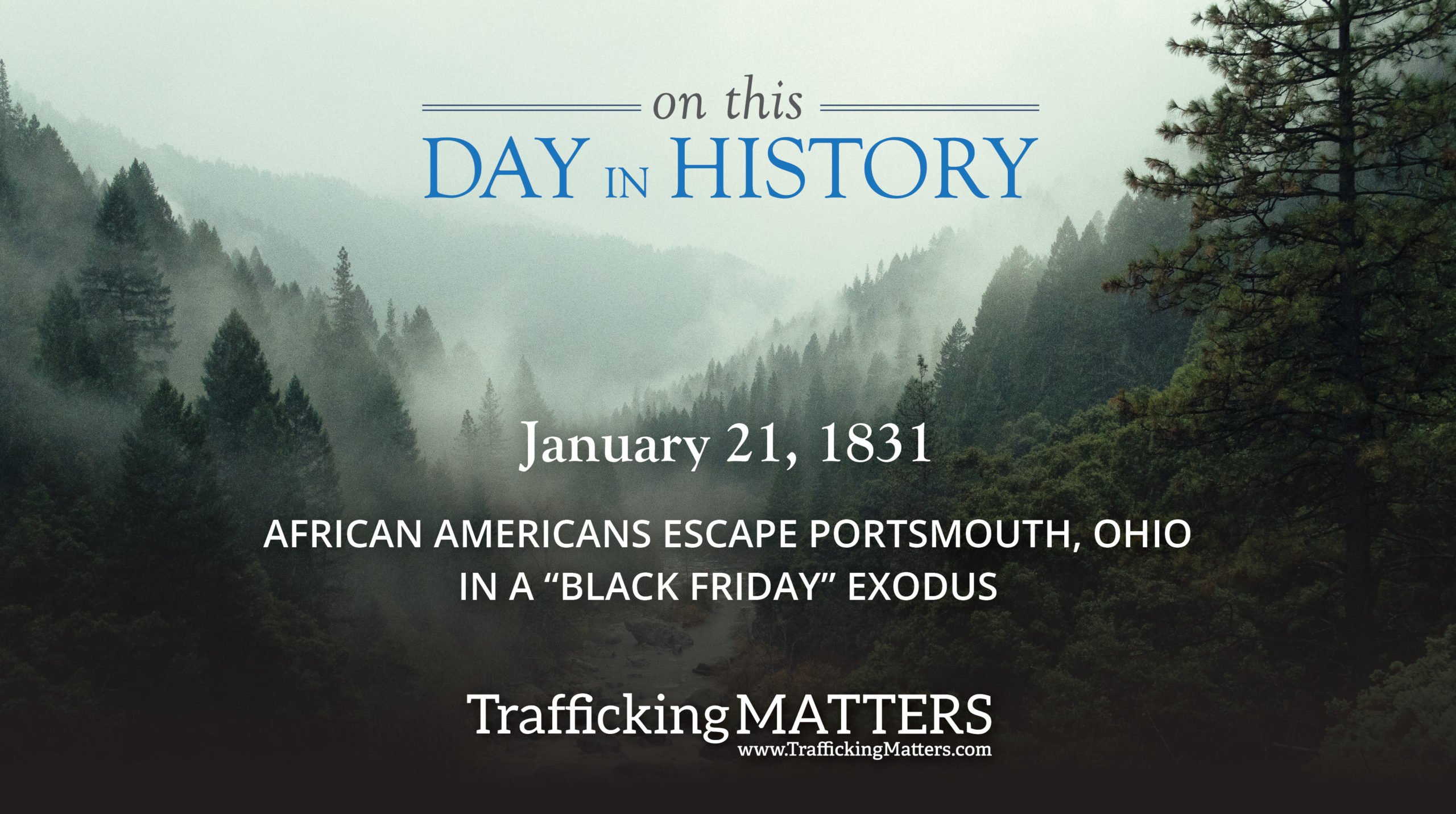 On This Day in History: African Americans Escape Portsmouth, Ohio in a “Black Friday” Exodus

On Friday, January 21, 1831, the newspaper columns of Ohio’s Portsmouth Courier prominently displayed a paragraph wrought with hatred and bigotry. Putting words to the community’s desire for separation as black and white as the ink on the pages, the column read, “The citizens of Portsmouth are adopting measures to free the town of its colored population.”1 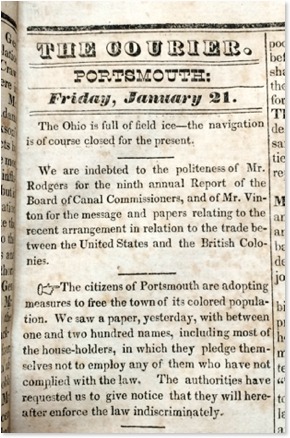 In the context of American Civil War history, Ohio has long since received a gold medal of honor for its citizens’ fearless efforts to save black Americans traveling through the Underground Railroad. While that reputation is well-deserved, it should not overshadow the more grim and bleak moments in the state’s past.

Twenty-seven years before the city of Portsmouth published these words, the state of Ohio laid the groundwork for the legality of black prejudice by enacting Black Codes or “The Black Laws.”2 Upon the passage of these codes, Ohio became the very first legislative body in the United States to enact laws intended to restrict the freedom of free black Americans.3

The law required black residents to prove their free status by providing a certificate of freedom from a court in the United States. Once this requirement was satisfied, Ohio’s Congress mandated black persons, along with their children, to be registered with the state. The cost for this registration? 12 cents per name – the equivalent of $3.00 today.4 A few years later, these laws were strengthened to include provisions requiring black Americans to find a minimum of two people to guarantee a surety of $500 for their “good behavior,” holding the guarantor responsible should the black person break any of Ohio’s laws, including the Black Codes.5 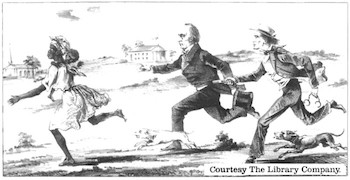 However, according to historian Leon F. Litwack, “No extensive effort was made to enforce the bond requirement until 1829, when the rapid increase of the Negro population alarmed Cincinnati.”6 It was then that the city authorities announced that the laws would be strictly enforced, giving black Americans a 30-day period to either comply or leave Ohio.7

What followed was a “race riot, the destruction of many homes in the black section of the city, and the forced exodus of nearly half of the city’s black population, some of which migrated to Canada.”8

Less than three years later, the town of Portsmouth was feeling the same mounting pressures to rid their community of freed black persons and the accompanying economic competition they represented.

After the Portsmouth Courier published the warning directed at the black members of their community, there was only one choice to be made, escape. According to Nelson Evans, the author of A History of Scioto County, Ohio (1902), no less than 80 black Ohioans left the place they called home in search, once again, of a safe place. 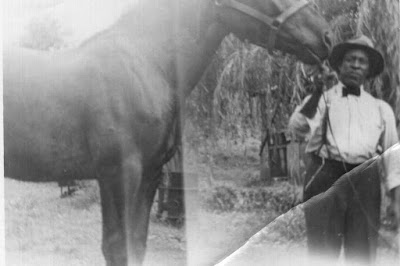 After traveling 80 miles north of Portsmouth, the sojourners settled in a community called Huston Hollow. It was there that two members of the town, both African American, helped rewrite the history of the entire state of Ohio by assisting in one of the United States’ most historic networks- the Underground Railroad. The two members, Joseph Love and Dan Lucas, were critical to the success of transporting runaway slaves up the Scioto Valley to the next station in Pike County.9

Almost 100 years later, Carter G. Woodson, the father of “Black History Month,” continued to popularize the events of Portsmouth’s dark day in history. He recounted January 21, 1831 in three of his books, A History of the Education of the Colored People of the United States from the Beginning of Slavery to the Civil War (1915), A Century of Negro Migration (1918), and The Negro in Our History (1922). Woodson concluded, “despite the ‘Black Friday’ upheaval of 1831, the Negroes settled down to the solution of the problems of their environment and later showed in the accumulation of property evidences of actual progress.”10