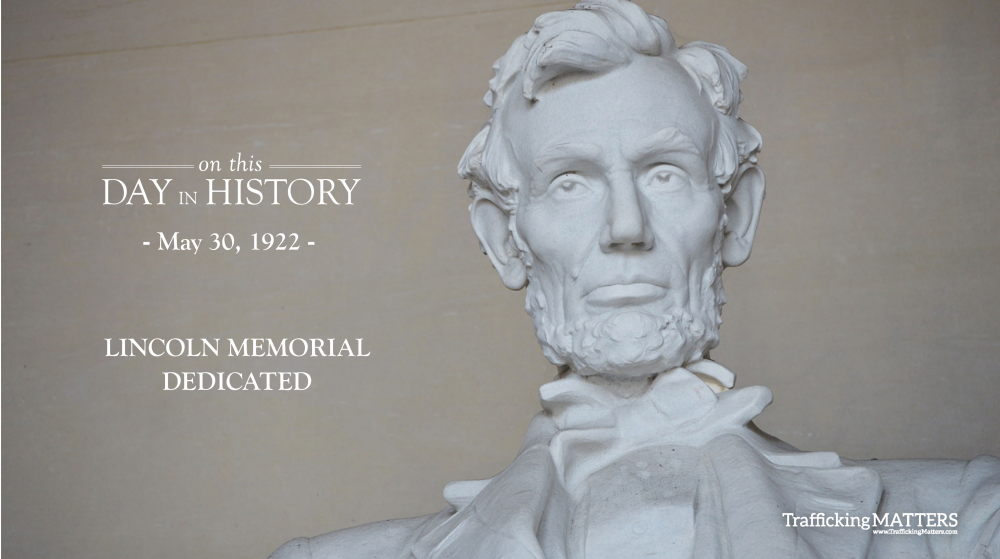 On This Day in History: The Lincoln Memorial Was Dedicated

Crowds of tourists buzz with excitement. From their perch on the steps of the Lincoln Memorial, the Washington Monument’s shadowed peak breaks through the evening sky, creating a halo of pastels and signaling the sun’s descent on the city.

Year after year, people gather here to behold the collision of natural and man-made spectacles. Today’s crowd is not the first to huddle beneath the stone columns and appreciate the Memorial’s vast display of symbolism and patriotism. Since its dedication on May 30, 1922, crowds ranging from dog walkers and school groups to community organizers and passionate advocates have gathered around the historic structure.

Enshrined in a Greek-style temple along the Potomac River, the memory of the United States’ 16th president is forever immortalized through the Lincoln Memorial. Today, Lincoln’s legacy is rarely a topic of fierce debate; in fact, historians and every-day citizens both agree on his status as the nation’s best president.1 The building of the memorial itself, however, required years of congressional debate before an agreement was reached. 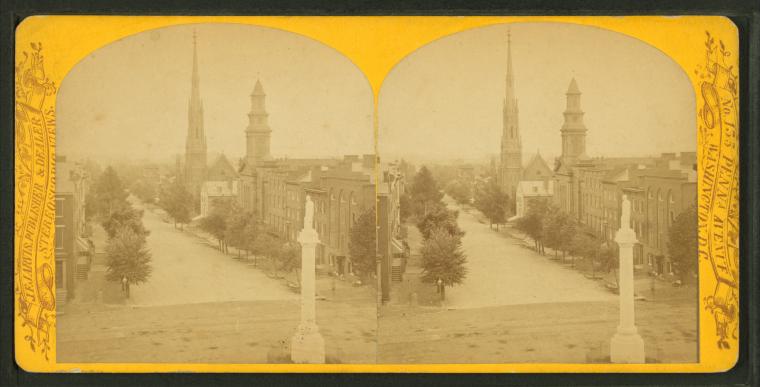 Congress erected the first statue in 1868, three years after Lincoln’s assassination. It was unpopular among the American people due to its small size, so citizens looked to Congress to fund a more fitting commemoration.2 In 1902, the Senate Park Commission, also known as the McMillan Commission, proposed a plan to demolish the National Mall as they knew it to make way for the design we know today – a narrow reflecting pool, a walkway of manicured foliage, and anchoring national monuments at either side.

At the time, it could have been difficult to imagine. The proposed land was a “recently dredged swamp that played host to gamblers, occasional cattle drives, and even a few dead bodies.”3 Due to the spot’s condition, the McMillan Plan received searing opposition from the Speaker of the House in 1902, Joseph Cannon. Out of a deep reverence for the president, Cannon vehemently pushed back against the plan, saying “So long as I live, I’ll never let a memorial to Abraham Lincoln be erected in that…swamp.”4 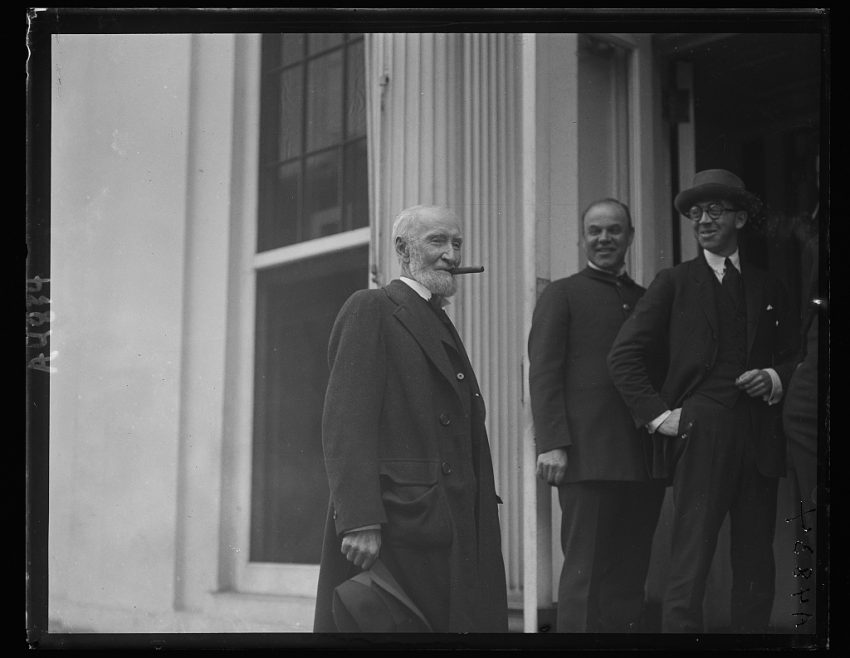 Cannon, a self-taught man much like Lincoln, forged his way through tragedy and poverty to study law in Illinois.5 By the time the bill reached his desk in 1902, he had held a seat in Congress for 27 years, climbing the ranks and growing his reputability as a debater.6 Over the next eight years, three more bills were offered to Congress, and Cannon stood his ground. As a result of Cannon’s unwavering resistance, the fifth and final bill didn’t pass until 1911 after Cannon lost his position as Speaker of the House.7

The final bill included a two million dollar budget, making the Lincoln Memorial the most expensive monument ever built.8 Along with cost projections, the bill also contained a provision for a Lincoln Memorial Commission to oversee the monument’s location and design.9 The commission originally selected Henry Bacon to draft designs for the memorial. However, at Cannon’s request, the commission also agreed to bring on John Russel Pope to draft designs for two additional locations – Meridian Hill, the grounds of the Soldiers’ Home, and the presidential cottage where Lincoln drafted the Emancipation Proclamation. Several plans were offered to the commission before settling on today’s iconic design.

Henry Bacon eventually won the bid and partnered with artist Jules Guerin to create the watercolor illustrations of the architecture and landscape. The commission then charged sculptor Daniel Chester French with the responsibility of capturing the essence of Lincoln in an almost ten-foot tall, marble sculpture. With committee permission, he accepted the task and hired the Piccirilli brothers to bring his vision to life. 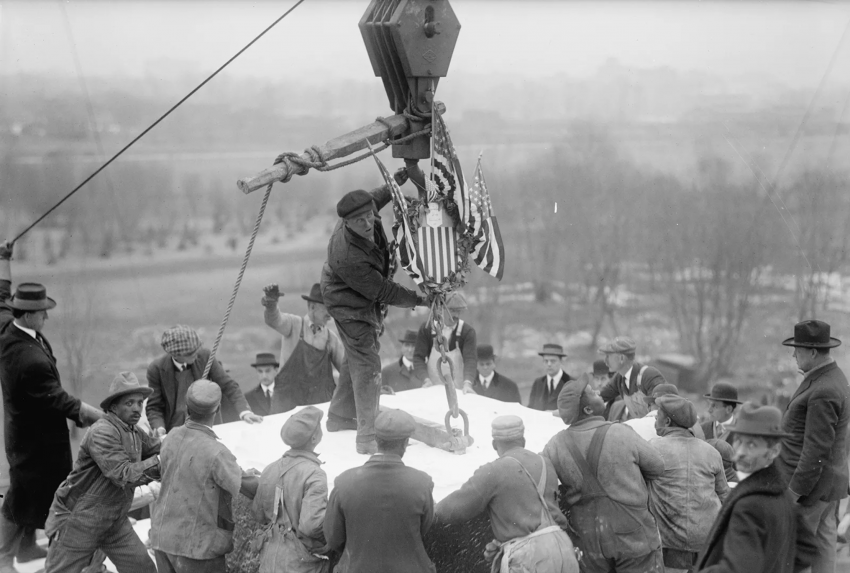 On February 12, 1914, the construction team thrust their shovels into the hardened, winter ground, beginning phase one – the foundation.10 The team finished the foundation work in May of the following year, and the project continued at a steady pace. Then, in April of 1917, the United States entered World War I. Although the international conflict caused a sharp decline in the availability of labor and materials, the construction never stopped. Three years later (and 10 feet taller than originally designed,) French completed Lincoln’s statue in January of 1920.

Thanks to the thoughtfulness of all involved, the Lincoln Memorial is now a treasure chest of symbolism. French’s design for Lincoln includes a clenched left hand and open right palm –at times interpreted as a reflection of his determination to win the war juxtaposed with his peaceful allowance of the confederacy’s return to the union.11 Thirty-six columns surround the massive statute to represent the 36 states in the union at the end of his presidency. And in honor of Lincoln’s “four score and seven years ago…” in the Gettysburg Address, there are 87 steps from the Reflecting Pool to the base of his statute.

On May 22, 1922, Lincoln’s only surviving son, Robert Todd Lincoln, President Warren Harding, and Chief Justice William Howard Taft walked the 87 steps to dedicate the memorial and pay homage to the president who lived and died to see the nation find common ground. Ironically, in spite of Lincoln’s reputation as the “Great Emancipator,” the ceremony itself was strictly segregated. Even Robert Moton, president of the Tuskegee Institute and speaker at the event, sat in an area reserved for African Americans.12 It would be another forty years before crowds would gather underneath the great statute to stand against the lasting injustice slavery left behind.

In the years that followed, the memorial grew to become more than a reminder of the country’s growth, but a megaphone for the work left to be done. Today, as the sun sets at the Lincoln Memorial, the statue stands tall as a reminder of the need for constant progress. It begs us to push against the status quo and work for a nation that remembers the past and sets its eyes on the future.