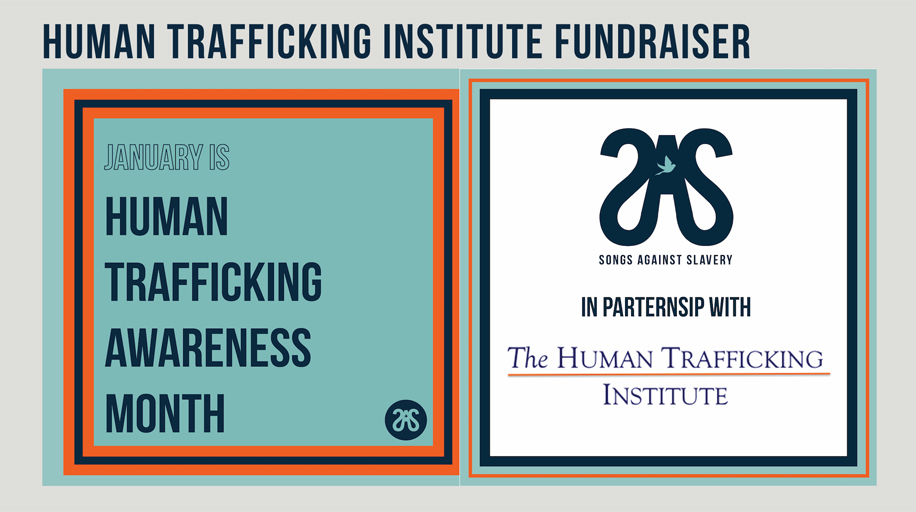 Partnering with Songs Against Slavery During Human Trafficking Awareness Month

This month, we are thrilled to partner with Songs Against Slavery. Through music, this Nashville-based nonprofit empowers and inspires communities to join the fight against human trafficking in the United States. Songs Against Slavery raises awareness and funds through benefit concerts and partnerships with musicians. They are led by Co-Founders Lauren Lancaster and Grace Theisen, who first met Institute Co-Founding Director John Richmond in 2013.

“After this initial meeting, we stayed in touch with John, and he advised us on our work from time to time,” Lancaster reflects. “And truthfully he is the reason that we so deeply believe in The Human Trafficking Institute. From the first time he told us he would be leaving the Department of Justice to launch the Institute with Victor Boutros until now, we have been on board with our support.”

During January, Songs Against Slavery is supporting the Human Trafficking Institute with a special fundraising campaign. Thanks to a generous donor, all gifts will be matched – dollar for dollar – up to $400,000! Click here to learn more.