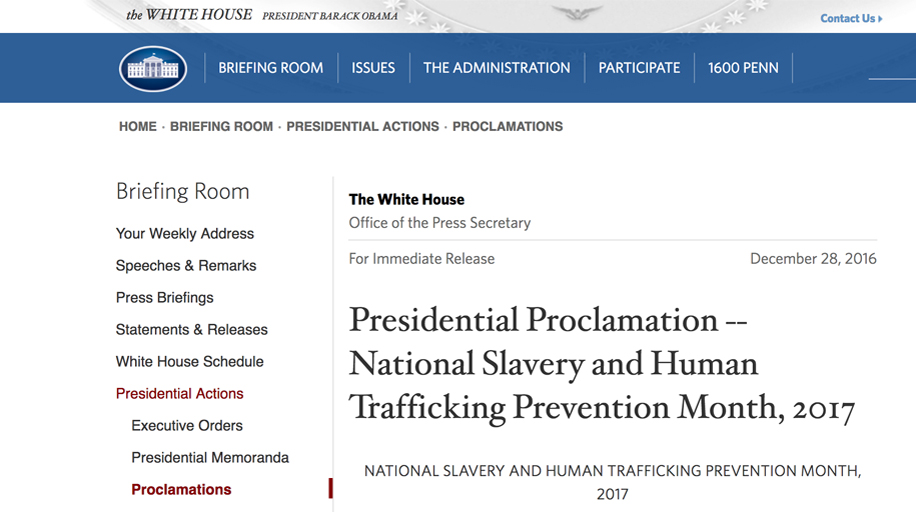 Our Nation wrestled with the issue of slavery in a way that nearly tore us apart — its fundamental notion in direct contradiction with our founding premise that we are all created equal. The courageous individuals who rejected such cruelty helped us overcome one of the most painful chapters in our history as we worked to realize the promise of equality and justice for all. But today, in too many places around the world — including right here in the United States — the injustice of modern slavery and human trafficking still tears at our social fabric. During National Slavery and Human Trafficking Prevention Month, we resolve to shine a light on every dark corner where human trafficking still threatens the basic rights and freedoms of others.