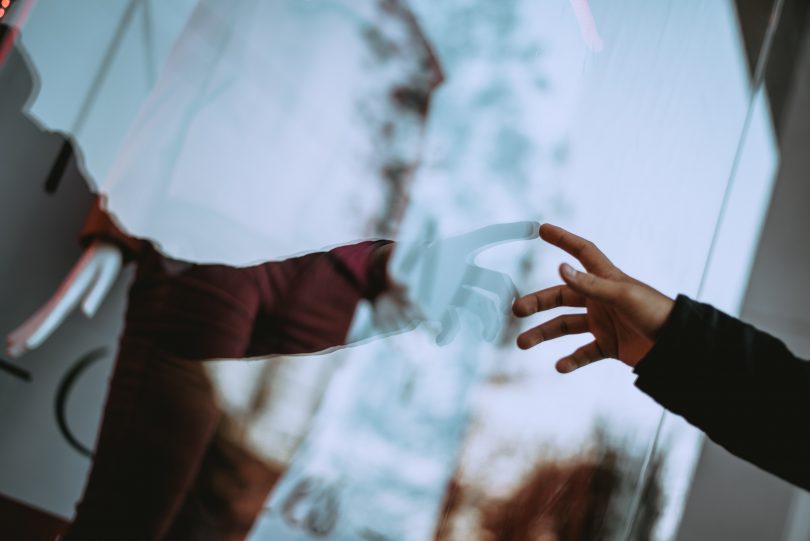 The Current State of Restitution for Survivors of Human Trafficking

Survivors of human trafficking face many barriers to rebuilding their lives and avoiding revictimization. One such barrier is the ability to move forward financially. Human Trafficking — “the crime of using force, fraud, or coercion to compel someone to work or to engage in commercial sex”— often enriches the trafficker at the expense of the victim. Restitution is a legal method for victims to receive the compensation for profits that traffickers withheld from them, additional losses they suffered, and future costs they may incur as a result. This article will examine the importance of restitution to victims and the current barriers to restitution victims face in criminal proceedings. This article concludes with recommendations for prosecutors, judges, and legislators to reduce these barriers and assist victims in moving forward.

The Importance of Restitution

Victim restitution is essential. Fundamentally, restitution “promot[es] rehabilitation, facilitate[es] healing, and restor[es] the dignity of victims.” The financial benefits of victims’ trafficked work often goes to the trafficker, rendering the victim financially unstable without the resources to restore their lives and move forward. Restitution provides the victim with the means to move forward by making up for lost income and other personal losses, including physical and psychiatric medical services, rehabilitation services, transportation, housing, childcare, and other projected future costs as a result of the offenses. In its essence, restitution is restorative justice, aiming to make the victim whole again, though trauma and its effects may never be undone with money.  Under the Trafficking Victims Protection Act (TVPA), passed by Congress in 2000, restitution is mandatory for human trafficking convictions. 18 U.S. Code § 1593 states that “the court shall order restitution for any offense under this chapter” for the “full amount of the victim’s losses.” When calculating the value of the forced services, the TVPA provides the value can be measured under the Fair Labor Standards Act or according to the “value to the defendant of the victim’s services.” Whichever value is higher shall be awarded to the victim. Restitution may also serve as a deterrent by “stripping traffickers of their ill-gotten gains,” preventing traffickers from continuing to benefit financially from their crime.

There are two main barriers to survivors receiving restitution: courts failing to order restitution and a failure to collect restitution following a court order. This section will address both barriers in turn.

The subsequent challenge to mandatory restitution is collection. In fiscal year 2016, the government collected merely $257,449—less than 3%—out of the $9,166,689 total awarded to victims. Often, defendants may be judgement proof, meaning they lack the financial assets to readily pay the restitution awarded. In 2015, the Justice for Victims of Trafficking Act provided that assets forfeited during criminal proceedings shall be used for paying restitution. However, this provision has not fully resolved the collection issue and there is still work to be done. Furthermore, insufficient staffing resources in Financial Litigation Units (FLU) contribute to the shortfall of restitution collection. Responsibility rests with the U.S. Attorneys’ Offices to enforce and collect debts owed, including restitution, and FLUs within these offices have taken on the task. While the caseload has increased, FLU staffing resources have decreased, creating a gap in the ability to collect restitution. 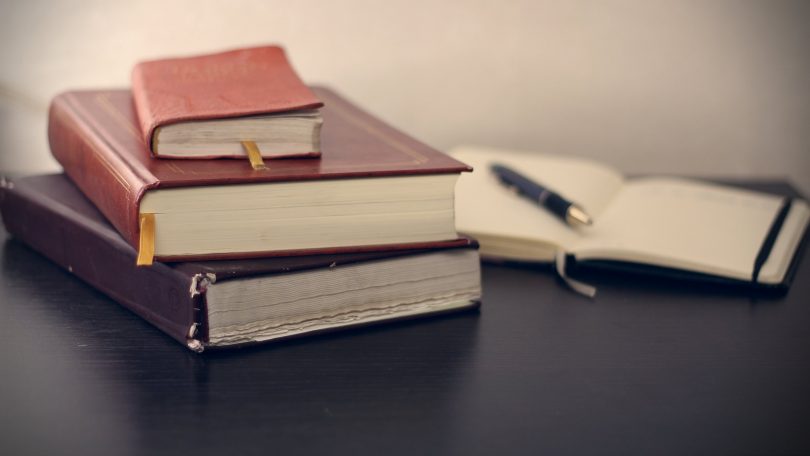 Both prosecutors and judges have a role in addressing the insufficient mandatory restitution rates. Prosecutors should routinely request restitution and be prepared to demonstrate to the court their methods for calculating the amount requested. Meanwhile, judges must avoid common misconceptions of restitution and, instead, follow their mandate to award restitution. Legislative efforts may also assist in increasing the frequency and collection of restitution orders. This section will expound on these recommendations for prosecutors, judges, and lawmakers, in turn.

The Victims’ Bill of Rights provides that Department of Justice personnel, including prosecutors, “shall make their best efforts to” ensure that victims are accorded their rights, which include “a right to restitution.” Accordingly, though it is not a legal requirement, prosecutors should explicitly request restitution, which increases the likelihood of a restitution order. In a 2018 report, human trafficking cases in which prosecutors did not request restitution resulted in defendants receiving restitution orders only 7% of the time. Contrastingly, cases in which the prosecutor requested restitution “in a sentencing memorandum or another written submission (even one not entirely dedicated to addressing restitution),” resulted in restitution orders in 75% of cases. Finally, in cases where prosecutors requested restitution in a memorandum solely dedicated to restitution, courts ordered it in 86% of cases. These numbers reveal the imperative nature of prosecutors formally requesting restitution, as without these requests, restitution orders drastically decrease. In addition to formal requests for restitution, prosecutors should also request asset forfeiture as a method to fulfill the restitution orders. When requesting restitution, prosecutors additionally need to ensure they show adequate documentation of restitution calculations. Prosecutors must justify the amount of restitution requested should the amount be disputed. The burden rests with prosecutors to show either the cost of the victim’s losses with “reasonable certainty,” or through a “but-for causation” analysis, depending on the jurisdiction. To meet these standards in calculating restitution, prosecutors may provide testimony from experts, such as psychologists and other medical professionals, as well as victim testimony and other sworn affidavits. Showing the work behind restitution calculation is especially important during appeal, as appellate courts may vacate restitution orders based on lack of calculation clarity. Additionally, prosecutors should prosecute more entity defendants. A 2008 amendment to the TVPA expanded liability of corporations, criminalizing entities that financially benefit from trafficking, either knowingly or “in reckless disregard.” However, the government rarely pursues entities in human trafficking prosecutions. Since 2000, prosecutors have charged only nine entity defendants, and charged zero entities in 2020. In comparison, there were 608 active civil cases against entity defendants in 2020 alone. Prosecuting entity defendants has multiple benefits, including the likelihood of financial liquidity for restitution. In 2020, a U.S. Attorney’s office took unprecedented action with regards to victim restitution against internet platform City X Guide. Following a guilty plea to “reckless disregard of sex trafficking,” among other charges, the Northern District of Texas not only awarded restitution to identified victims in the counts of conviction, but actively searched for other possible victims who may be entitled to restitution. Although this prosecution was not under Chapter 77, it is a useful example of the financial benefit to victims of pursuing entity defendants. Finally, to assist in the collection of restitution once ordered, the Executive Office for United States Attorneys (EOUSA) should take on a more assertive role in establishing guidelines on the staffing and structure of FLUs.  The EOUSA should focus on defining the allocation of time FLUs should direct towards restitution collection and the assignment of support staff. These guidelines will help clarify the process for collecting of restitution and assist in closing this gap.

Even when prosecutors fail to request restitution, judges must order it. As recent as 2018, sentencing transcripts “reveal[ed] that many federal judges remain unaware of the fact that restitution is a requirement.” Case records additionally indicate that in sex trafficking cases some judges refuse to order restitution based on the illegality of the forced act itself, which should not be a consideration. Regardless of the illicit nature of the forced acts, restitution is mandatory. Another common mandatory restitution misconception is that judgement proof defendants should not receive restitution orders. This is false. A defendant may be judgement proof at the time of the proceedings, but restitution orders do not expire and future financial assets are subject to restitution. Furthermore, should restitution prove challenging to calculate, judges should not default to awarding no restitution, but rather use the court’s discretion to determine the proper restitution amount. Additionally, judges should readily order asset forfeiture to fulfill restitution orders. In 2020, courts only granted 49% of the forfeiture orders sought by prosecutors. These misunderstandings reveal a need for further judicial education on mandatory restitution in human trafficking cases. Training and resources that directly address and counter the common misconceptions cited by judges for not ordering restitution are pivotal in this effort. The legislative mandate is in place, and now is it up to the judicial system to educate themselves and follow through on that mandate.

Legislative action may help prosecutors and judges address other restitution barriers. Currently, the 117th Congress has pending legislation to address the challenge of taxation after restitution is ordered, an amendment that could increase the likelihood of survivors recovering the full amount of their losses. Additionally, Congress should sufficiently fund the Department of Justice’s Human Trafficking Prosecution Unit (HTPU), which connects prosecutors with subject matter expertise in trafficking prosecutions with Assistant United States Attorneys across the country to assist with trafficking investigations and prosecutions. Cases with HTPU involvement have consistently had higher restitution rates. Lawmakers could also address the issue of courts ordering restitution in the first place by continuing federal training programs for judges on mandatory restitution through legislation like the program in Section 114(c)(1)(C) in the 2015 Justice for Trafficking Victims Act.

Although there remains much room for improvement, the trends in restitution do show encouraging progress. Legislatively, the essential tools are in place to provide victims with their entitled restitution. Between U.S. Code § 1593 and the Victims’ Bill of Rights, prosecutors and judges have the necessary means and mandates. What matters now is following through.

The opinions expressed are solely those of the author and do not reflect or express the views or opinions of the Human Trafficking Institute or Trafficking Matters.