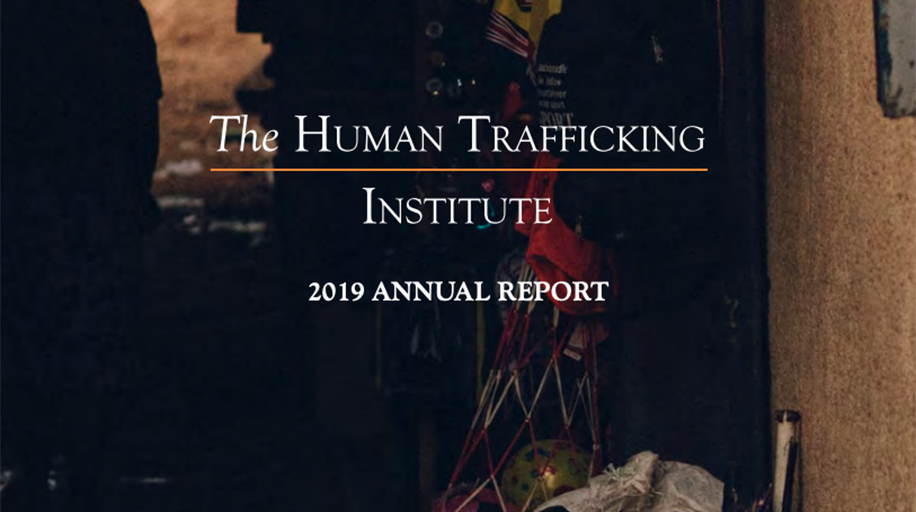 The 2019 Annual Report provides an overview of the Institute’s mission and strategy for decimating trafficking, as well as including exciting highlights and milestones from the past year.

In 2019, remarkable progress was made in Uganda and Belize. In Uganda, the government created a specialized Human Trafficking Department within the Ugandan police force, dedicating 250+ staff to work exclusively to investigate trafficking cases. The Institute also partnered with the Ugandan government to rescue 11 underage victims of sex trafficking and arrest the trafficker. The report also features an interview with Special Counsel to Uganda Tyler Dunman.

In Belize, cases continue to make their way through the pipeline, thanks to dedicated Belize police officers, prosecutors, and judges, who work in partnership with Institute staff. In 2019, Belize was the only country in the world upgraded off the U.S. Department of State’s sanctions list after being on it for four or more consecutive years. This upgrade occurred after just one full-reporting cycle of partnership with the Institute. Then, in March 2020, a jury unanimously found Rosa Anita Garcia Julian guilty of two counts of human trafficking. This was both the first human trafficking trial and the first conviction in Belize since 2016.

In addition to partnerships abroad, the Institute’s work continues to be recognized in the United States. In 2019, for the second year in a row, we released the Federal Human Trafficking Report — a unique, first-of-its-kind report that reveals important insights about trafficking within the United States. The report was cited by media across the country, including The New York Times, as well as countless government agencies, non-profits, and international organizations.