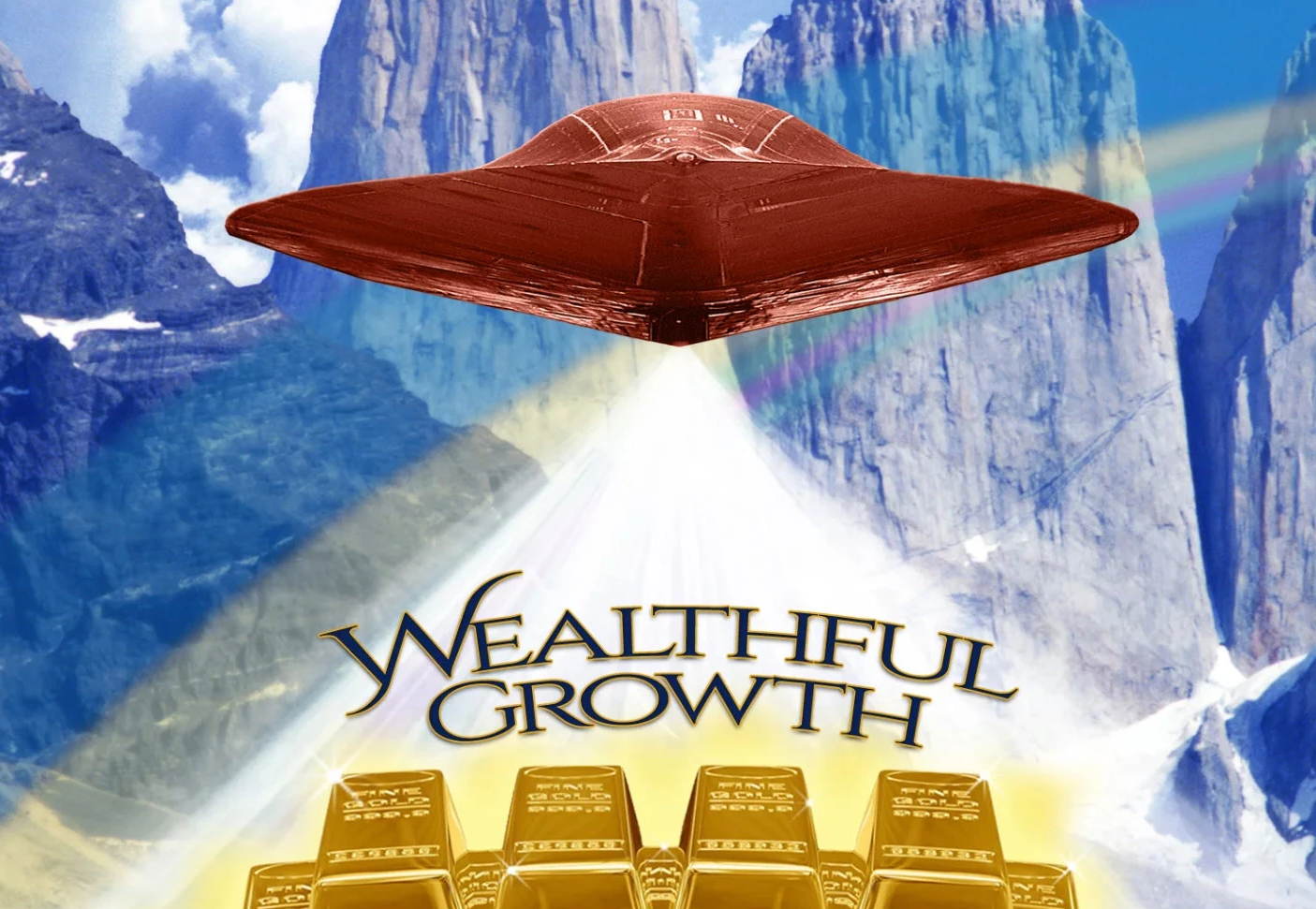 From Enslavement to Empowerment: A Trauma-Centered Approach to Civil Litigation

On May 23, 2018, a federal judge in Kansas awarded Ms. Kendra Ross nearly $8 million in a trafficking suit against a nationwide cult and its leader, Royall Jenkins. This judgment is the largest civil single-plaintiff human trafficking award in American history to date.1 As such, this case and its lessons deserve focused attention by those combating human trafficking in the United States. This article presents a brief background of the case, discusses the process of building trust with Kendra and the challenges of representing a trauma survivor in litigation, and concludes by considering the precedential value of the Court’s memorandum opinion and corresponding damages award.

In her Complaint,2 Kendra alleged that Jenkins and The Value Creators, Inc. (formerly known as The United Nation of Islam (“UNOI”)), forced her to work more than 40,000 uncompensated hours from 2002 until her 2012 escape from the cult. Kendra was originally brought in to the cult at the age of two and started working for UNOI full time at age 12. Profiting from her unpaid labor, the cult shipped Kendra from Kansas to New Jersey, New York, Ohio, Georgia, and Tennessee to work around-the-clock in the cult’s businesses, restaurants, and homes. In addition to dictating when and where members worked, the cult controlled every other aspect of their lives, including where they lived, how they spoke, what they ate, and whom they married. UNOI denied its members, including Kendra, proper medical attention. They also took members out of public school and instead educated them at the cult’s uncertified schools centered on Jenkins’ teachings. In short, UNOI stole Kendra’s childhood.

At the age of 21, Kendra gathered the courage and strength to leave the cult during a period of fracturing within UNOI leadership. After bouncing between relatives’ homes, nonprofit organizations, and shelters, she landed at a specialized aftercare shelter for human trafficking victims. I met Kendra while she was at this shelter. After getting to know her and her story, I introduced the possibility of filing a civil suit against her traffickers.

During the first several meetings with Kendra, she was – quite understandably – reserved and guarded. It was her first time meeting a lawyer, which caused her to feel intimidated and afraid. Her experiences in the cult made her inclined to turn away from, and be distrustful of, individuals in positions of authority. For that reason, our primary goal with Kendra was to earn her trust. We did not start drafting the complaint until six months after meeting her (and did not file it until a year and a half later). 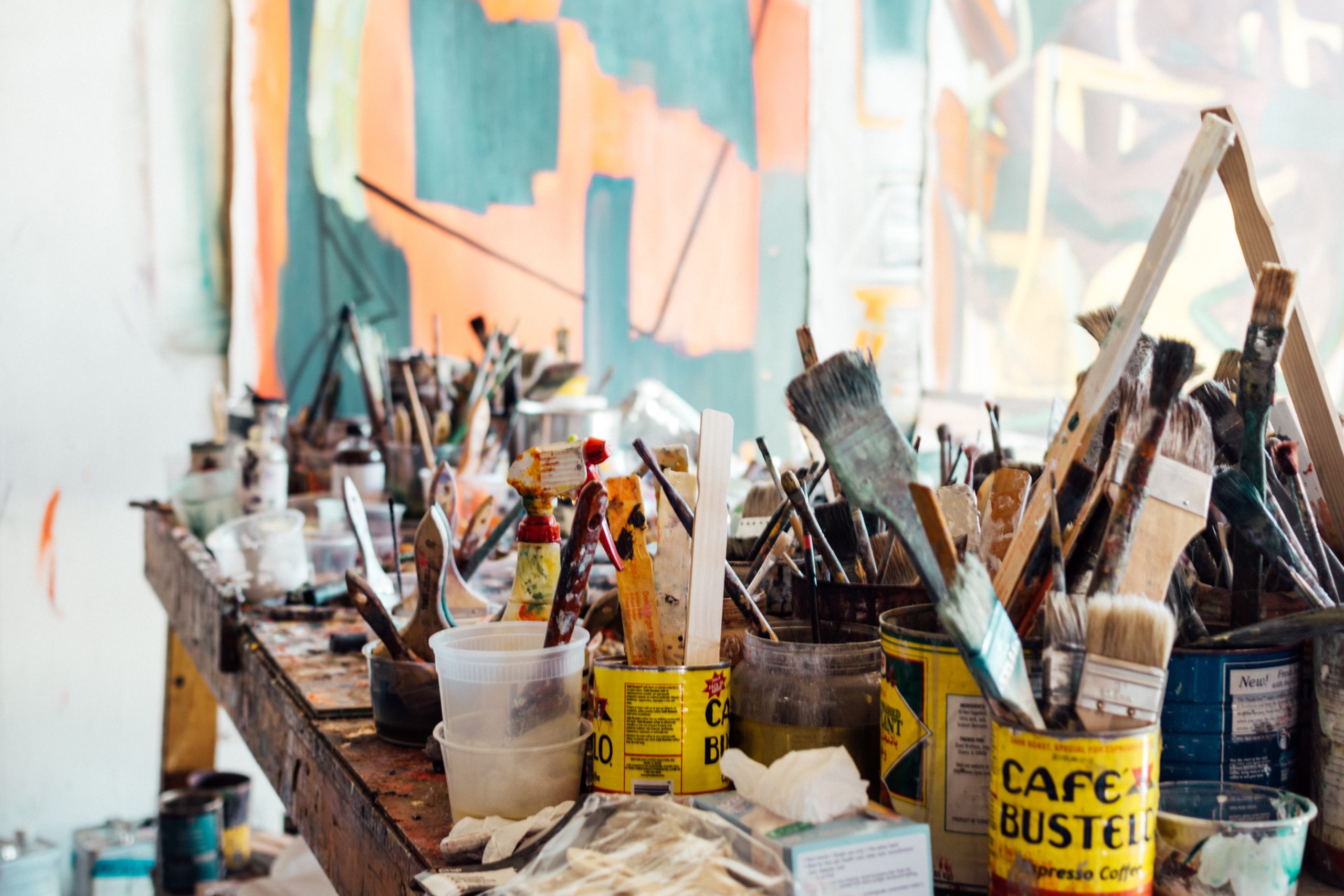 We earned Kendra’s trust by taking a genuine interest in her as a human being, rather than viewing her simply as a potential plaintiff. We talked about her new friends, her favorite subjects to study, her cat (Graye), and her new bike. I learned that she is an incredibly talented artist, so I took her to an interactive art studio one afternoon and learned about mandalas. Most importantly, when we said we would show up, we showed up.

It was also important for us to develop a solid relationship with Kendra’s entire team, including her therapist, the amazing people running the aftercare shelter, and other members of her support network. These individuals ensured that Kendra’s immediate needs – such as housing, reliable transportation, and basic life skills – were met. Without this foundation, Kendra would never have been in a place to work with us, so it was imperative to earn her team’s trust.

Establishing a relationship built on trust is especially challenging when working with a trauma survivor. In 2015, Kendra was diagnosed with post-traumatic stress disorder. She had frequent flashbacks when we discussed the underlying facts of her complaint. It is difficult for trafficking survivors to articulate the complexities of fear, dependence, loyalty, and the myriad of other conflicting emotions that influenced them to remain with their traffickers. Working with Kendra, our aim was to have a victim-centered, trauma-informed approach that empowered her, avoided re-victimization, and restored a sense of autonomy and control to her. In practical terms, this meant asking open-ended questions, discussing her story with empathy and honesty but not judgment, and continually checking in with her about her needs and her goals. In addition, we were sensitive to the gender component – meaning that Kendra was only comfortable discussing certain parts of her story with me, and the male partner supervising the case (who is intuitive and in tune to such issues) stepped out of the room. Remaining aware of the survivor’s nuanced needs is critical in successfully representing them in litigation. 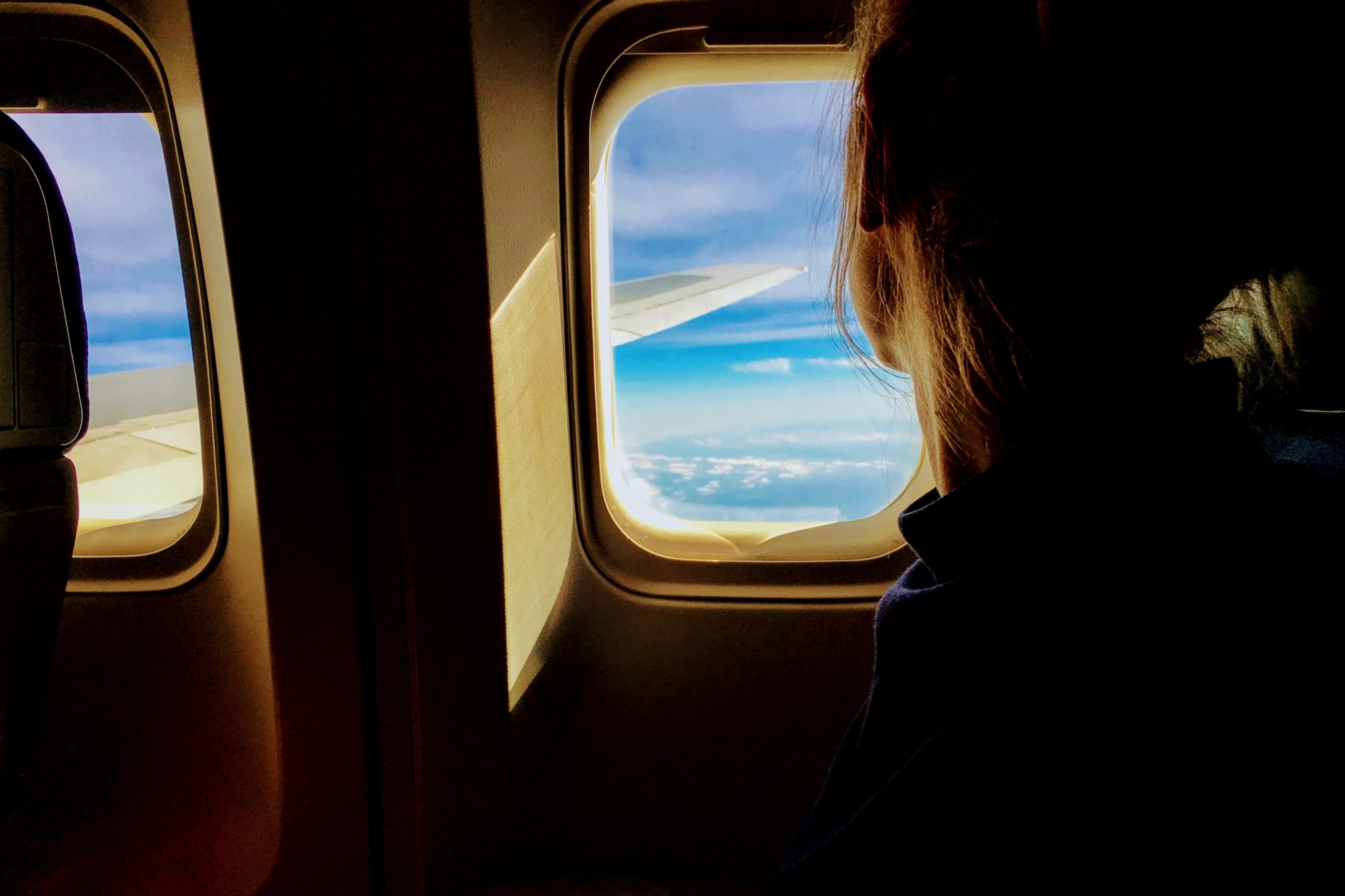 Kendra is still working through various issues from her past with a skilled and committed therapist, and she has made incredible progress in the few years we have known her. When we flew to Kansas City – the epicenter of her trafficking – for our hearing, she was shaken. Even so, Kendra bravely took the stand and told her story to a federal judge with incredible grace, poise, and conviction.

Turning from the more individual, personal element of this case to the broader legal implications for other trafficking survivors: apart from the large monetary award, U.S. District Judge Crabtree’s memorandum opinion provides important precedent for forced labor cases in the United States in at least two ways.3 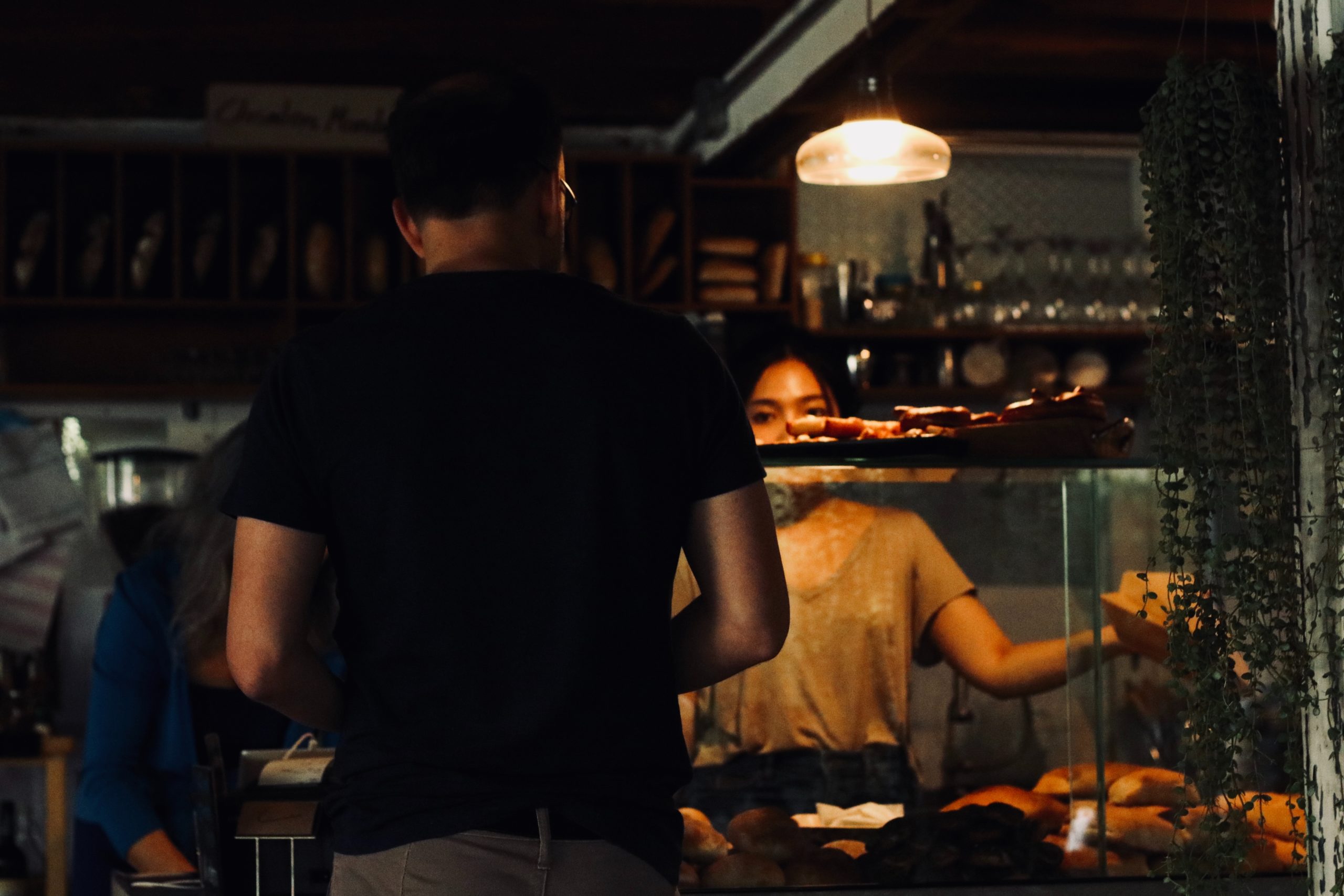 Second, the district court’s decision clarifies, in no uncertain terms, that the force, fraud, and coercion element required to establish a trafficking claim can take various forms – many of which are not readily apparent or visible to the outside world. For example, in stating that “defendants directed a regimented cult that forced the plaintiff into forced labor through systematic and continued intimidation and psychological abuse,” Judge Crabtree noted that “defendants’ conduct caused the plaintiff to fear them and the reprisals they would take against her if she left . . . [t]hey yelled at her, and generally humiliated, shamed, and embarrassed her on a regular basis[,]” and recognized that “[Kendra] suffers from long-lasting psychological pain and has been diagnosed with post-traumatic stress disorder as a direct result from defendants’ conduct[.]” See Mem. Op. at 34, 35, 41 (emphasis provided). Although the Trafficking Victims Protection Act4 plainly rejects the idea that coercion must be physical, the court’s memorandum opinion and final award underscore this important principle. Psychological and emotional coercion are invisible, but powerful, chains.

Kendra is one of the strongest, bravest, and most resilient individuals I have ever met. She is also well-spoken. So, I’ll conclude with her statement after learning of the damages awarded and reading Judge Crabtree’s decision:

“I’m grateful for all of the support I’ve gotten over the past few years and very appreciative of the hard work my lawyers and team have done. Mostly, I’m very happy that justice has been served and that Royall, UNOI, and The Value Creators are exposed. Although this legal win doesn’t change anything that has happened in the past, it makes me feel like some justice has been served. I’ll always live with the memories of what’s been done to me. To all of the members who are still a part of The Value Creators, and those who have left, it is not too late to get out, to be free and get help, justice, and closure.